Amphetamines can be used to effectively treat certain conditions, but may pose health risks when abused. In high doses, amphetamine abuse can lead to toxicity, or overdose. Treatment for amphetamine overdose can help a person rid their body of the drug, but ending an amphetamine addiction may require more intensive care. 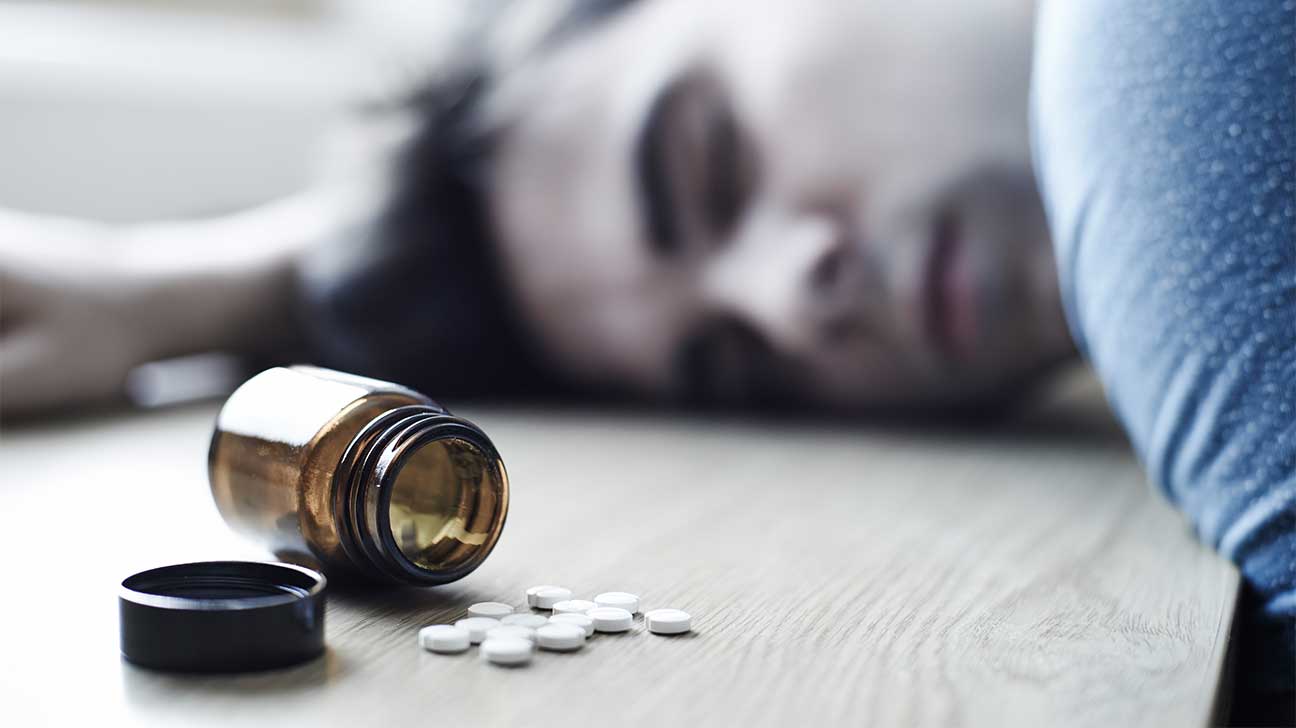 An amphetamine is a substance that stimulates the central nervous system of the body. Some stimulants are sold illegally on the streets, such as methamphetamine and cocaine.

Others are prescribed by doctors for the treatment of specific health disorders, like attention-deficit/hyperactivity disorder, narcolepsy, and low blood pressure. Amphetamines that are prescribed by doctors are controlled and tracked by the U.S. Drug Enforcement Administration because they are very addictive and many people end up abusing the medications once their body becomes dependent on them.

Unfortunately, this misuse can cause a wide range of dangerous health problems or even lead to an overdose, especially if a person mixes them with other illegal substances. It is important for the loved ones of those who use these drugs to understand the signs, symptoms, and treatment options of an amphetamine overdose.

The following is a list of the physical, psychological, and behavioral warning signs and symptoms of an overdose on amphetamines:

As the central nervous system and peripheral nervous system become overstimulated by the presence of an excess amount of amphetamines, the body will develop hyperthermia because the hypothalamus will be instantly flooded with serotonin.

Then, a person’s heart rate and blood pressure will increase, which will cause them to experience chest pains. Most people describe this sensation as feeling as if their heart is going to beat right out of their chest.

As the heart starts beating abnormally, the veins and arteries will spasm. It is possible for a stroke or heart attack to occur at this point.

The teeth will clamp tightly together too, and it is common for a person to experience nausea, vomiting, and dilated pupils. Some people may even have a seizure because toxic amounts of amphetamines cause neurons in the brain to die.

Finally, pacing and other signs of agitation will become visible since the high dose of amphetamines will make it difficult to relax or sit still.

Amphetamine abuse initially causes feelings of intense euphoria. That is the main reason why people become addicted to the substance. Over time, the region of the brain that is responsible for feeling pleasure is damaged by the substance, though. It becomes impossible for a person to feel happy unless they are taking the drug.

During an overdose on amphetamines, the body will be flooded with dopamine, norepinephrine, and serotonin at the same time. Instead of feeling euphoria, a person will enter a state of psychosis wherein they won’t be able to tell what is and isn’t real anymore.

Hallucinations and paranoia are both common during psychosis. Confusion, aggression, and angry outbursts are possible, too.

Most people who overdose on amphetamines have to be placed in physical restraints by law enforcement officials or medical personnel because they can become violent and dangerous until their condition is brought under control.

The intense anger and agitation they feel makes it difficult for anyone to try to help them, especially if they are experiencing any other common psychological amphetamine overdose symptoms, such as hallucinations, psychosis, and paranoia.

How Amphetamine Abuse Leads To Overdose

Amphetamine overdose signs are often overlooked by an addicted individual because they have become accustomed to the way the drug makes them feel when they take high doses of it. Amphetamine abuse doesn’t happen overnight, however.

Most people who have amphetamine overdose symptoms start out by taking a small amount of the drug because they received a prescription for it from a doctor or they decided to try it once at a party. Within a short time, their body adapted to its presence by forming a tolerance to amphetamines, and it became difficult for them to function normally without taking it.

Once physical dependence on amphetamines occurs, higher doses of the substance are required for a person to feel the same euphoria and bursts of energy they did when they first began taking it. This can cause them to take too much of it or combine other amphetamines together.

What To Do For An Amphetamine Overdose

If a person is showing signs of an overdose on amphetamines, it is best to immediately call 911 for emergency medical help. Be sure to let the 911 operator know that there is a possibility that an addicted person is having amphetamine overdose signs. That way, they can let the emergency medical technicians know they will need to bring specific medications that can help.

Be prepared for law enforcement officials to arrive at the scene, too. They often respond to drug overdose calls because they have to remove and process any illegal drugs that are present. They may also be needed to help restrain anyone who becomes violent.

It is important to stay with the person who is overdosing until help arrives because the person may have to be resuscitated if they have a heart attack or their lungs stop working.

Some people may be resistant to this because they don’t want to get in trouble with the police if they have been using drugs, too. If a person suffers some of the more severe side effects of amphetamine overdose, such as heart attack or stroke, remaining by their side to give them support may be the only way to ensure they stay alive until help arrives.

Those who are not under the influence of any type of drugs or alcohol can also drive an overdose victim to the hospital. But it isn’t always safe to do this if the person is acting erratically or violently.

Treatment Options For An Overdose On Amphetamines

If a person receives medical care in time, they will likely recover from an amphetamine overdose, which is rarely fatal. However, without adequate and timely care, they can end up suffering from serious health issues because of the damage that amphetamines do to the heart, lungs, brain, and other organs.

For this reason, it is essential that as soon as someone has been medically stabilized from an overdose that they are taken to an addiction treatment center that can help them learn to manage their condition and find healthier ways of coping that don’t involve substance abuse.

For more information on alcohol and drug rehab centers that treat addiction to stimulants, contact one of our treatment specialists today.