What Are Whip-Its? Dangers Of Use And Abuse

Whip-its, sometimes referred to as “whippets,” is a slang term for whipped cream canisters that contain nitrous oxide. Whippets can be used recreationally for their effects. However, this can be dangerous, and can lead to addiction if abused chronically. 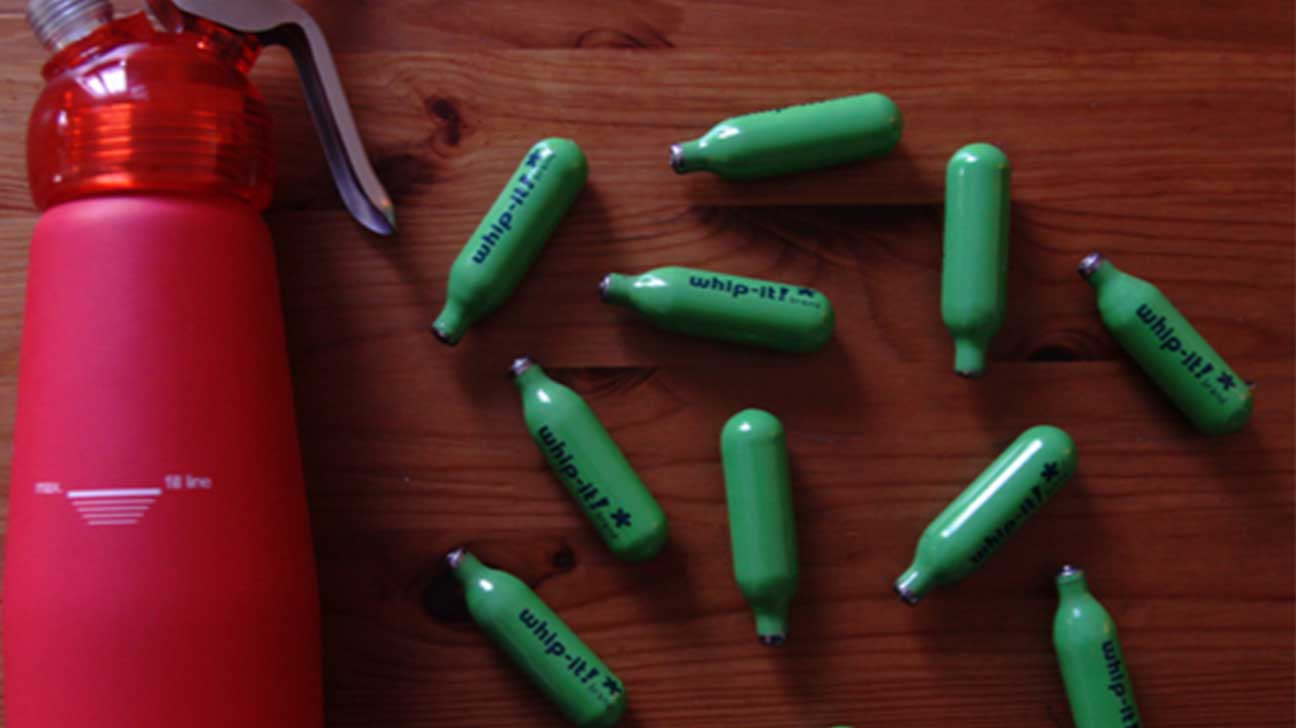 Whip-it is a slang term that is used by some to describe the recreational use of whipped cream dispensers or canisters, a common household product.

This can also be referred to as “whippets,” “hippie crack,” or noz.

People may use whip-its via inhaling the fumes contained within the cans. Also known as ‘huffing,’ this is a common practice known as inhalant abuse.

What To Know About Whippets

Whippets belong to a class of substances known as inhalants. They contain the propellant and preservative nitrous oxide.

That is a psychoactive chemical also known as “laughing gas,” which is commonly used by dentists and other medical professionals, that can produce euphoric effects.

Whipped cream cans can be abused by cracking open the canisters and breathing in the fumes. They’re often abused by younger adults and teens because they’re easy to access.

What Are The Effects Of A Whippet?

Inhaling whippets can produce a number of side effects when misused, but their euphoric effects are what is commonly sought by those who abuse inhalants.

Huffing chemicals from inhalants can produce rapid effects similar to alcohol intoxication. That’s because the fumes are quickly absorbed into the bloodstream through the lungs.

Side effects may vary somewhat depending on how much of the fumes you inhale.

Repeatedly inhaling, or inhaling in succession, could lead to severe side effects, including loss of consciousness and death.

What Are The Risks And Dangers Of Whippets?

Whip-it use is particularly common among adolescents and young adults, who may be more susceptible to the effects of psychoactive substances like inhalants.

There is also the risk that someone who doesn’t have much knowledge about whippets will use too much, or use them in a way that can increase the risk for dangers.

Short-term dangers of whip-it use include:

Chronic inhalant abuse can also lead to long-term consequences to physical health and mental health, according to the U.S. National Institute on Drug Abuse (NIDA).

Long-term effects of inhalant abuse may include:

If you’re concerned that someone you know, such as a loved one, is abusing inhalants, there are certain signs of drug use that you can look out for.

A person who is abusing inhalants or other drugs for their effects may also act more secretive, or lie about where they’ve been or whether they’ve used drugs.

Over time, repeated inhalant abuse could lead to chronic issues, like drug dependence and withdrawal, which can make it more difficult to stop.

What Is The Treatment For Inhalant Abuse And Addiction?

Getting professional help for inhalant abuse is strongly encouraged if you or someone you know is unable to stop their use of nitrous oxide on their own.

Treatment options for inhalant abuse or addiction include:

If you’re medically unstable or have a history of substance abuse, additional treatment through an inpatient or outpatient treatment center may be recommended.

Additional factors, like co-occurring medical or mental health conditions, may also be considered when determining an appropriate treatment plan.

Get Help For Whip-It Abuse

Whip-it abuse can be harmful to health, as well as affect other aspects of your life, like your relationships with friends, family, and ability to work.

For more information about inhalant addiction treatment options, call our helpline to speak with a specialist today.