An increasingly toxic drug supply — and various social and economic factors — is driving higher overdose rates in minority communities. Learn more about race, drug addiction, and rates of overdose in the U.S. 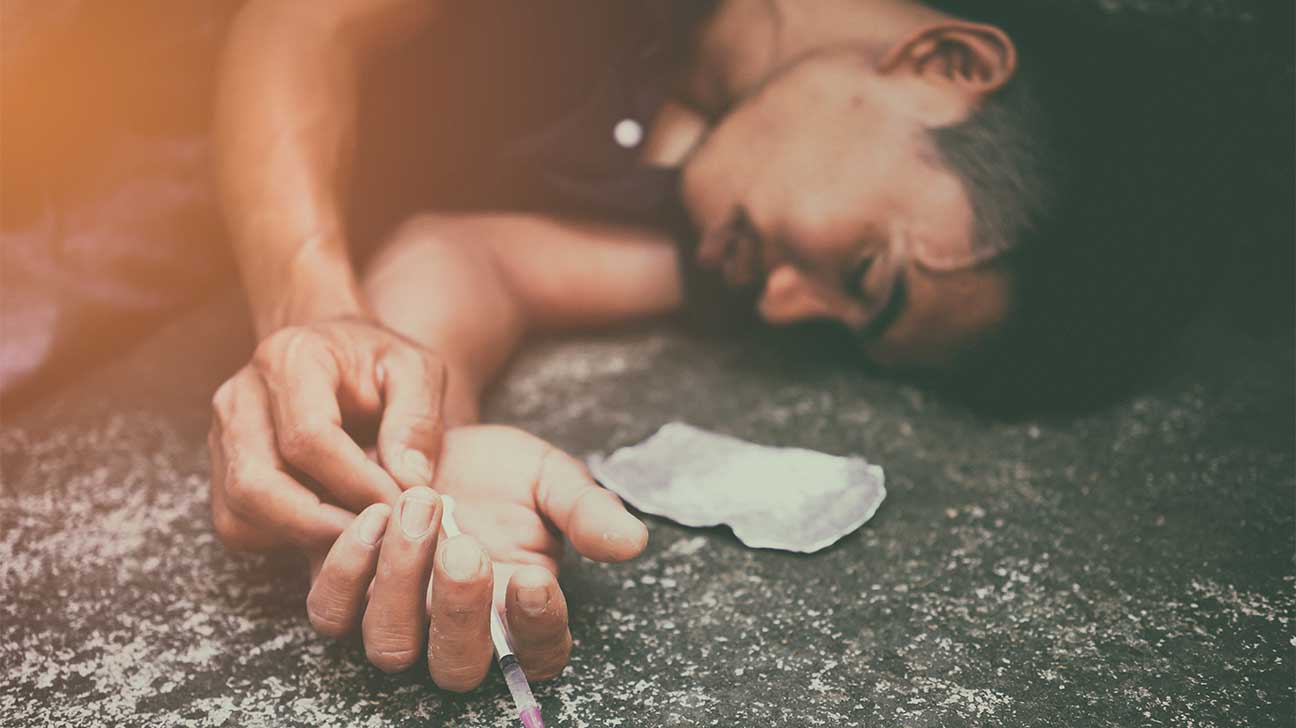 Addiction and drug overdose affect the lives of millions of Americans and their families in the United States in any given year, across all demographics.

But research shows racial and ethnic minority communities have seen some of the highest spikes in drug overdose death rates — driven at least in part by the proliferation of illicit fentanyl.

Fentanyl is a synthetic opioid that’s about 50 times more potent than heroin, and is increasingly being found in batches of illicit drugs, such as meth and cocaine.

While race does not necessarily affect drug overdose rates, experts say certain social and economic factors associated with race may be key contributors.

During the early years of the U.S. opioid epidemic, white Americans were affected by opioid addiction and fatal overdose at a disproportionately high rate.

For instance, a study published in JAMA shows that the overdose death rate among white Americans was twice that of Black Americans in 2010 — about a decade into the epidemic.

This initial disparity, affecting largely white, rural communities, led to a widespread characterization of the opioid epidemic as a “white” problem.

However, recent studies show that this is not the case, and racial and ethnic minority members may experience drug overdose at increasingly high rates.

The Overdose Crisis In 2021

Today, opioids are involved in a majority of U.S. drug overdose deaths, often in combination with other drugs, such as stimulants, benzodiazepines, and alcohol.

Over the years, the types of opioids driving drug overdose deaths have also shifted, from prescription opioids, to heroin, and now synthetic opioids such as fentanyl.

This shift is one factor, among others, that researchers and healthcare professionals say has affected the demographics of the U.S. drug overdose crisis we face today.

Find out more about addiction statistics in the U.S.

Race by itself does not affect drug overdose rates. What’s more influential, some researchers say, is the associated social, environmental, and economic factors.

These factors, however, can vary among different racial and ethnic minority groups.

According to the JAMA study, African Americans had the largest overdose death percentage increase in 2020.

Native American communities have also seen high overdose death rates during the course of the U.S. opioid epidemic, often on par with, or above that seen among white Americans.

In 2020, the overdose death rate for American Indian/Alaskan Natives was 41.4 per 100,000 individuals — a rate 30.8 percent higher than that of their white counterparts.

Like with Black Americans, overdose death rates among Hispanics have risen sharply since 2015, when fentanyl became a primary driver of drug-related deaths.

Data from 2020 shows an overdose death rate of 17.3 per 100,000 Hispanic individuals — and a percentage increase of over 40 percent from the previous year.

Overdose death rates among Asian Americans have historically been lower than those among other racial and ethnic minority groups.

According to the Pew Research Center, which analyzed overdose data, the overdose death rate per 100,000 in 2020 was 8.5 for Asian men and 2.7 for Asian women.

This rate demonstrates what researchers describe as a “reversal” of the overdose mortality gap seen between white and Black Americans in 2010.

Yet, while the rate of overdose mortalities is lower in white communities, the actual number of white Americans who died of drug overdose in 2020 is higher.

While the coronavirus (COVID-19) pandemic wreaked devastation on communities globally, so too did an overdose crisis domestically.

Get Help For Drug Addiction Today

Our treatment specialists work every day to help connect people with substance use disorders to the treatment and support they need to begin the journey toward recovery.

For more information about addiction, overdose, or to find treatment options, call our helpline to speak with a knowledgeable treatment specialist today.

Medically Reviewed by
Johnelle Smith, M.D on September 2, 2022
Questions About Treatment?
Get confidential help 24/7. Fill out the form below for:
People also read
Opioid Prescribing Restrictions And Addiction Rates How Many People Die Due To The Opioid Epidemic? Addiction Statistics In The United States 2021