Fentanyl is a powerful opioid. Ingesting even a small amount can cause overdose in people without a tolerance for opioids. If you use illicit drugs, including but not limited to illicit opioids, it may be helpful to know the signs and dangers of fentanyl exposure. 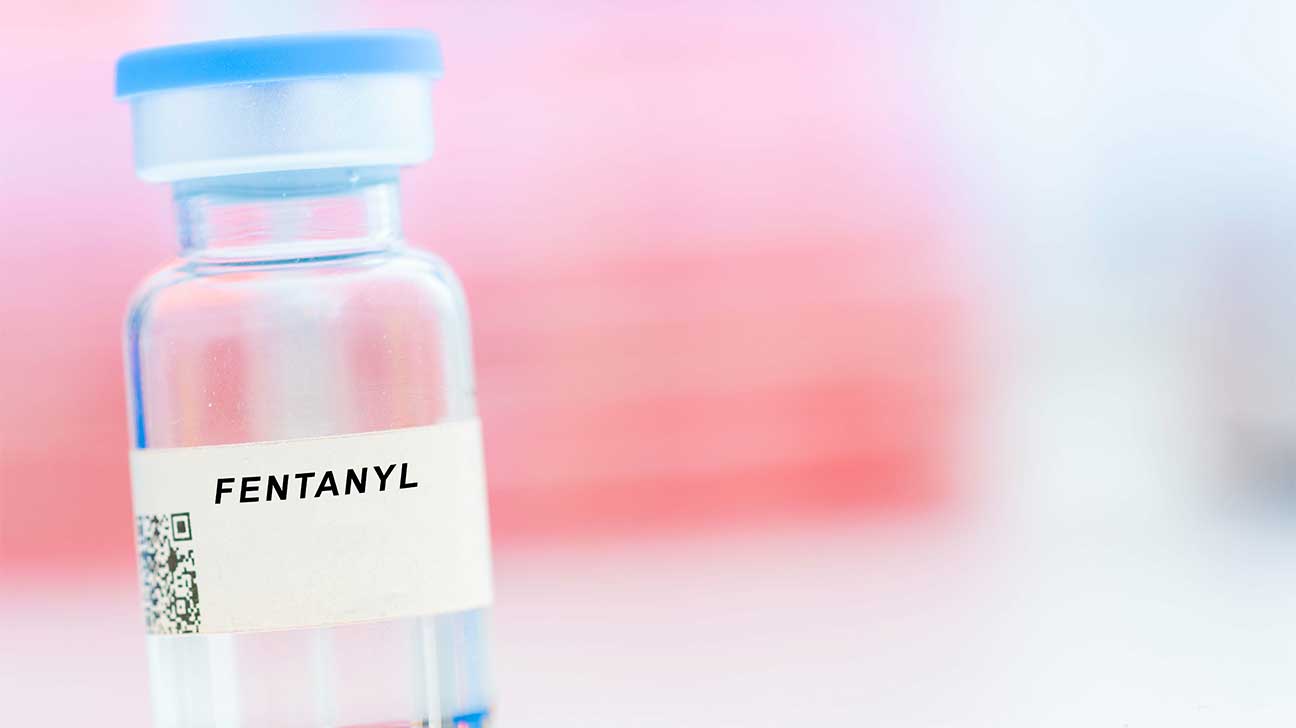 The dangers of fentanyl exposure, including the risk of overdose, have made headlines in recent years, with illicitly manufactured fentanyls contaminating the illicit drug market.

That’s in part because fentanyl, a powerful opioid, has been driving the spike in drug overdose deaths in the United States, along with other strong illicit drugs (e.g. carfentanil).

Fentanyl may be intentionally bought by people with an opioid addiction. But authorities warn it’s also being laced into other illicit drugs bought on the street, like heroin and counterfeit pills.

How Strong Is Fentanyl?

Fentanyl is a fully synthetic opioid that’s about 50 times as potent as heroin, and has 80 to 100 times the potency of morphine, a natural opiate commonly administered for pain.

Even a small amount — e.g. as little as two milligrams — can cause serious effects in someone who does not have a history of opioid use, due to its very strong potency.

How Can You Be Exposed To Fentanyl?

Fentanyl and fentanyl analogues often look like a white powder. They can also be pressed into pills, or dissolved for injection. Some prescription fentanyl comes in patch form.

A person can be exposed to fentanyl by:

The hazards of fentanyl exposure have become a particular issue of concern among first responders, including law enforcement officers, who may come across fentanyl on the job.

How Are Police Officers Exposed To Fentanyl?

Police officers could come across fentanyl while executing a drug seizure, or if they use drugs on the job (including drugs marketed as something other than fentanyl).

First responders who are following proper standards and taking precautions are unlikely to be exposed to fentanyl through inhalation, needlestick, or contact with a mucous membrane.

Can Touching Fentanyl Cause You To Overdose?

The risk of overdosing on fentanyl from simply touching the drug — i.e. dermal/skin exposure – is very low, due to its low potential for penetration of the skin barrier.

According to the American College of Medical Toxicology (ACMT), the risk of clinically significant exposure to emergency responders is “extremely low.”

What Are Some Symptoms Of Fentanyl Exposure?

Fentanyl is a depressant that can cause sedation, respiratory depression, changes in pupil size, and other physical and cognitive symptoms.

It does not cause symptoms of a panic attack, such as rapid breathing.

Common symptoms of opioid exposure include:

Severe physical symptoms from ingestion/exposure can be a sign of fentanyl intoxication, also known as fentanyl overdose. Without quick treatment, opioid overdose can be deadly.

What To Do If You Overdose On Fentanyl

If you or someone you know is showing signs of opioid overdose, call 911 for emergency medical assistance right away. And if you have naloxone on hand, begin administering it.

Opioids like fentanyl can be blocked by opioid antagonists like naloxone, more commonly known as Narcan. Narcan can be sprayed up the nose or injected into the muscle.

Because fentanyl is so powerful, a higher dose of Narcan, or multiple doses, may be needed to reverse effects of opioid toxicity.

How Can You Access Naloxone For A Fentanyl Overdose?

Narcan can be acquired by prescription, through a harm reduction program that distributes naloxone, or through purchase at a pharmacy without a prescription (in some states).

Are There Other Risks Of Fentanyl Exposure?

Powdered fentanyl can be accidentally inhaled, or get into the eyes. This is unlikely to cause intoxication on its own, but it may cause irritation and other adverse side effects.

The National Institute for Occupational Safety and Health (NIoSH) has developed recommendations for EMS personnel and other first responders to prevent fentanyl exposure.

If you or someone you know is abusing fentanyl, or is addicted to fentanyl, one of our specialists can connect you with opioid addiction treatment options.

Questions About Treatment?
We offer 100% confidential substance abuse assessment and treatment placement tailored to your individual needs. Achieve long-term recovery.
People also read
Fentanyl-Laced Vapes On The Rise: What To Look Out For Fentanyl Test Strips: Why Are They Illegal? Timeline For Fentanyl Detox And Withdrawal