“Gray Death” Heroin: One Of The Most Dangerous Street Opioids

Gray death is an illicit street opioid made of several potent opioid drugs, which can lead to dangerous consequences for those who come into contact with it. Learn about the side effects, dangers, and facts of gray death, as well as treatment options. 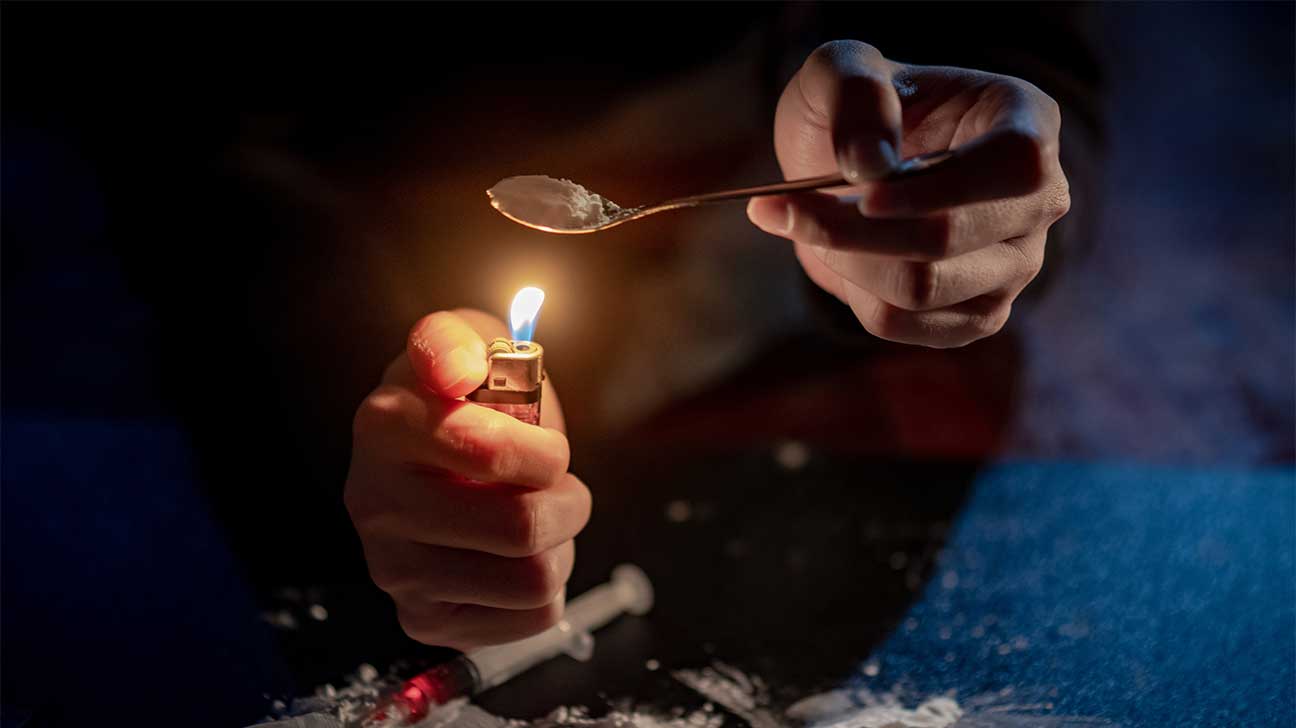 According to the National Institute on Drug Abuse, about 128 people die from an overdose on opioids every day in the United States. The vast majority of the overdoses are caused by opiate-addicted individuals consuming high doses of synthetic opioids, such as fentanyl, carfentanil, and heroin.

Sometimes, the overdoses are caused by prescription pain medications illicitly combined with other substances. One of the main reasons overdoses occur from these illicit drugs is because the drug dealers who manufacture them often combine a wide variety of ingredients in them, which makes it difficult for an addicted individual to know how much of the substance they can consume without overdosing.

On top of this, because the drugs are illegal, there is no way of monitoring them to ensure their safety. One street opioid that is causing a high number of overdose deaths is called “gray death.”

What Is Gray Death?

Gray death is a relatively new street opioid that has only appeared in certain places in the United States, like Alabama, Florida, Georgia, Ohio, and Pennsylvania. What law enforcement officials know about it so far is that it is a form of heroin that has synthetic opioid drugs mixed into it.

The amount and type of ingredients that it contains seem to vary depending on who manufacturers the drug. What makes it unique is that it is more potent than any other type of heroin that has ever been made before.

Carfentanil may be substituted for fentanyl, or combined with it. Since carfentanil is an elephant tranquilizer that is roughly 10,000 times stronger than morphine, it already has the potential to kill a person when used alone.

Fentanyl is 100 times stronger than morphine, so it, too, is considered dangerous. Doctors still prescribe it to patients who are experiencing severe pain from chronic conditions, such as cancer.

U-47700, which is commonly known as “pink,” is now illegal in the United States and other countries in the world. It is an opiate-based pain medication that is over seven times stronger than morphine.

How Gray Death Is Manufactured

Doctor-prescribed opioid medications are derived from the poppy plant, which is an orange flower that commonly grows in large clusters in the wild. In order to use the plants for medications, the seeds from the flowers have to be harvested.

The amount of seeds that happen to be available can cause limitations on the amount of opioid-based medications that can be produced. Because of this, researchers developed synthetic opioids that are made from the chemical precursors of the plant.

Illegal drug manufacturers use a process similar to this to make their own synthetic opiates. Sometimes, they also steal or buy them from people who have legal prescriptions for the medications.

Gray death is abused in several different ways. The delivery method often depends on how long a person has had an addiction to opioids. For example, someone who is just starting out may ingest the drug orally or inhale it. As their addiction progresses, they will start to smoke it. In the later stages of their disease, injecting it into the veins becomes more common.

Gray death looks like a chunk of concrete when it is in a solid form. In fact, it can easily be mistaken for cement when it is on the ground or in some other inconspicuous place. That is mainly because of its gray color and ashy exterior. If it is powdered, it will look like fine dust that is leftover in a bag or other container.

Side Effects Of Gray Death

Because gray death is a combination of at least three powerful opioids, side effects are potent and take effect immediately, sometimes even from touching the drug.

The side effects of gray death can include:

Effects On The Skin

Gray death contains fentanyl or carfentanil, so it has a high lipid solubility, which means that it can easily be absorbed into the skin. It doesn’t take long for the effects of the drug to take place. That is one reason why numerous law enforcement agencies have warned people not to touch the drug if they ever happen to come across it.

Effects On The Brain And Body

Like all illicit opioids, gray death severely suppresses the central nervous system, which is responsible for important body functions, like heart rate, blood pressure, and respiration.

Those who use it can experience weakness, lethargy, low blood pressure, and trouble breathing. It also impairs the brain’s ability to send and receive signals. This can result in confusion, disorientation, trouble making decisions, and memory problems.

Gray death is dangerous because it is sold so cheaply. For less than 10 dollars, an addicted person can purchase a sizable quantity of it that is more potent than other, more expensive drugs that require larger amounts for them to experience an intense high. Many people don’t realize this when they first try gray death, however, and may accidentally take a high dose that ends up killing them.

Respiratory distress occurs almost instantly when a person takes a high dose of this drug. In a matter of seconds, their lips will turn blue from a lack of oxygen in their blood.

Then, they will gasp for air because their lungs stop expanding and contracting as they should. Loss of consciousness from complete respiratory failure usually happens in less than a minute if Narcan isn’t administered at this point.

A person can overdose on a tiny amount of gray death, within seconds of being exposed to it.

An overdose on gray death can occur from:

Most overdoses on gray death happen accidentally in people who were not aware of its potency.

Most common types of heroin are smuggled into the United States by Mexican cartel members. But gray death is commonly shipped into the country by Chinese chemists.

This is dangerous because they often change the formula they use to manufacture the substance so they can avoid detection from law enforcement officials who check luggage and boxes brought in from foreign nations.

It is impossible to predict what substances gray death will contain and how potent it will be. Other forms of heroin may be contaminated by this drug as it is being transported. All opiate-addicted individuals need to be aware of the risks they are taking when they use this or any form of heroin.

Who Is At Risk?

Because of its potency, anyone who uses heroin and other illicit opioids is at risk for an overdose or other health complications from gray death even if they have already built up a high tolerance.

You can never guarantee where a batch of heroin came from, what is in it, or how potent it may be; in other words, everyone who uses heroin risks it containing potent chemicals that could lead to overdose or other consequences.

Law enforcement officials have to be especially careful because they routinely check vehicles, bags, and homes where gray death might be. This can put them at risk of accidentally overdosing on it if they don’t have several vials of Narcan with them to reverse its effects.

In fact, there was recently a news story about an Ohio law enforcement officer who overdosed on the substance when he tried to brush the powder off his uniform. The main reason he survived was because several emergency medical technicians were already at the site and were able to give him Narcan injections until he could get to the hospital.

Using illicit opioids, like gray death, is a sign of a serious opioid addiction, because it shows a person’s desperation to find substances that surpass their current tolerance to drugs.

Therefore, it is highly recommended that people who struggle with an opioid use disorder get treatment for their addiction before it escalates to the point they are willing to try this type of dangerous substance.

The best addiction treatment facilities for people who have an opioid use disorder provide a combination of medication-assisted treatment with cognitive behavioral therapy for a well-rounded approach to recovery. For more information on how to find a drug rehab center for your addiction issues, contact one of our treatment specialists today.