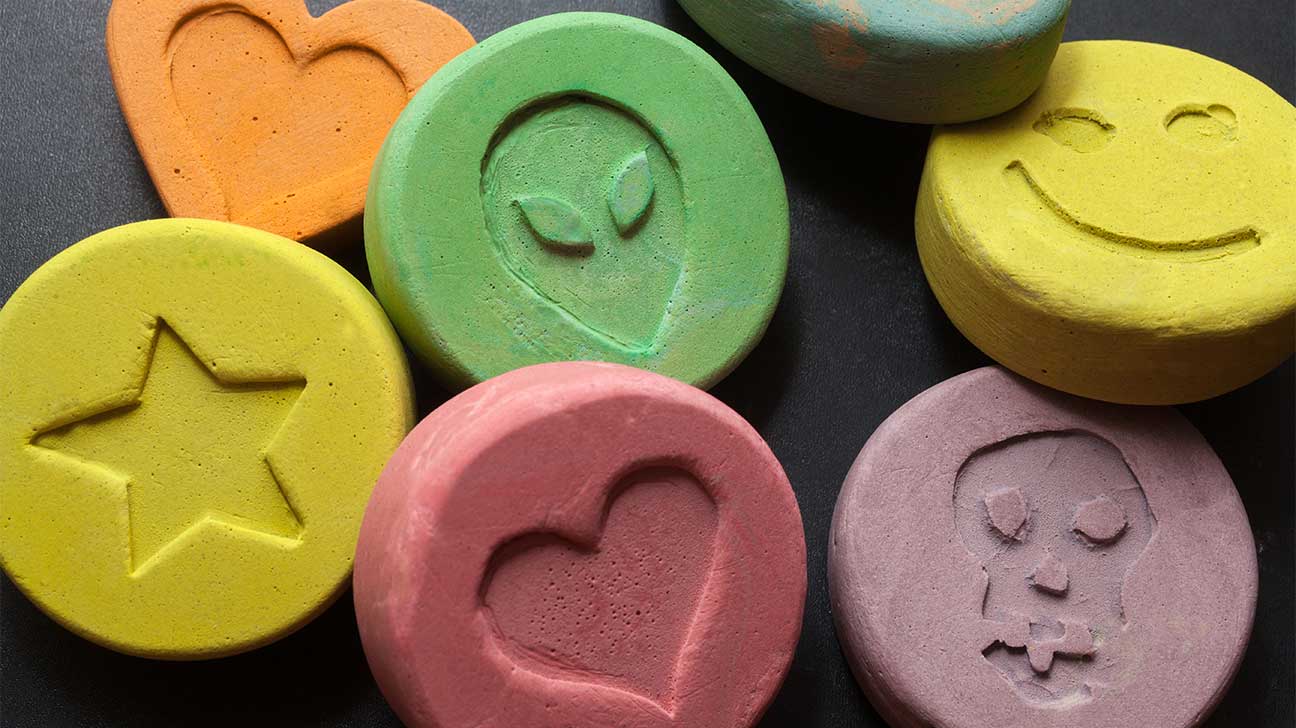 Hallucinogens are a class of drugs that cause changes in the way a person perceives the world around them. Each time the drugs are abused, the “trip” they cause is different, which can be seen by the descriptions people give of what they saw and felt while they were under the influence of the substances.

It is common for auditory and visual hallucinations to occur the very first time hallucinogens are inhaled, swallowed, smoked, or injected into the body. This is dangerous because it could cause someone to hurt themselves or others while they are detached from reality.

Classic hallucinogenic drugs existed long before the creation of the newer types of dissociative drugs that are available today. These drugs are known for their hallucinatory effects and changes of perception of reality.

The four most common classic hallucinogens are:

D-lysergic acid diethylamide (LSD) is made from a fungus that grows on rye plants. The drug is commonly referred to as “acid” when it is sold or purchased on the streets. Since it is extremely potent, drug dealers often place just a single drop of it on individual sugar cubes for those who buy it. Sometimes, it is also put on stickers or pieces of absorbent paper so that it can be licked off or chewed.

This form of it is called “blotters.” LSD is extremely dangerous because it has no odor or smell. Small children who don’t realize what it is can easily be harmed if they come in contact with it.

Some people claim that this drug will boost their cognitive functioning if they take a small amount of it on a regular basis. But there has been no medical research done that can prove that LSD is able to do anything more than induce paranoia, hallucinations, dry mouth, sweating, and psychosis. In fact, some doctors believe that it may be responsible for permanent brain damage in some people.

The chemical name for psilocybin is 4-phosphoryloxy-N, N-dimethyltryptamine. Since it comes from special mushrooms that grow in warm, tropical regions of the world, such as Mexico and South America, many people call it “shrooms” or “magic mushrooms.”

Psilocybin is considered to be a special ceremonial drug by people who live in Mexico and certain countries in Central America because they believe that it will help them become connected to spirits and see visions of the past and future.

When it is used for this purpose, the mushrooms are often steeped in hot water to make a tea to drink, but the mushrooms may also be consumed raw or dried. Psilocybin can cause psychosis, vomiting, coma, and death from an overdose.

Peyote is a type of cactus that grows in the southernmost region of the United States and some parts of Mexico. It has a very unpleasant taste when it is eaten raw. The top portion of the plant is often boiled for a considerable amount of time so that a tea can be made from it instead.

Some chemically synthesized versions of peyote are available, too. Besides hallucinations, peyote can cause terrors, panic, intense fear, and an inability to sense time correctly. It seems to have this effect because of its impact on the neurochemical called “serotonin” in the brain.

Dimethyltryptamine (DMT) is a chemical found in a tea called “Ayahuasca” that is made from a combination of vines and other plants that grow only in the rain forests of the Amazon. Since most people of the world don’t have access to the plants, they often just purchase the chemical version of DMT that is made in laboratories instead.

Dissociative hallucinogens have many of the same properties of classic hallucinogens, but also cause a person to dissociate, or lose touch with reality, while abusing the drugs.

The two main hallucinogenic drugs that have dissociative properties are:

Phencyclidine (PCP) was invented by doctors several decades ago for the purpose of blocking out pain and keeping patients unconscious during surgery. Now, it is consumed in many different ways by those who abuse it, such as swallowing, snorting, injecting, and smoking it.

When it is smoked, it may be used alone in a glass pipe that is heated up. But it is more common for people to simply add a sprinkle of it to a rolled-up cigarette that is easier to conceal.

Sometimes, it is mixed with other illegal drugs as part of a polysubstance use disorder, such as ketamine. This is especially dangerous because an overdose on this combination can cause someone to stop breathing. They can also develop seizures and convulsions or go into a coma.

Ketamine commonly goes by the street name “Special K.” Since the drug has no odor or color and it temporarily wipes out a person’s memory, women are especially wary of it since men who are planning a sexual assault often add it to a victim’s drink when they aren’t looking.

Because of this, law enforcement officials often warn women to never let their drink leave their sight when they go to a party or club. If it has to be left alone for any period of time, it is best to get a new one because ketamine could have been added to it when they weren’t looking. Ketamine comes mainly from veterinary offices because it works as an effective animal anesthetic.

The U.S. Drug Enforcement Agency (DEA) classifies all drugs (legal and illegal) into drug schedules. Schedules are determined based on whether a drug has medical or other use and whether it has the potential for abuse and addiction. The following is a list of hallucinogenic drugs by DEA drug schedules:

Schedule I hallucinogenic drugs are not prescribed by doctors because they have no medical purpose. They also get this rating because of the way they are commonly abused and the mental and physical damage that they cause the body.

Drugs with hallucinogenic properties which are listed as Schedule I include:

Schedule II hallucinogenic drugs can be prescribed by doctors because they have some valuable medical purposes. However, there is a high risk of them being abused or causing addiction or physical dependency because of the effects they have on the body.

Two of the main hallucinogenic drugs that are listed as Schedule II include:

Schedule III hallucinogenic drugs are considered to be less dangerous because they have a lower risk of addiction, dependency, and damage to the mind and body.

The two hallucinogenic drugs that the DEA includes on the Schedule III list are:

There are many different drugs that can cause hallucinations. Most of them are listed on the first schedule of drugs by the DEA because they are addictive and can cause serious mental and physical damage, especially if someone overdoses on them or combines them with other drugs as part of a polysubstance use disorder.

That doesn’t mean that the hallucinogenic drugs listed on the second and third schedules are any less dangerous, though. If you or someone you know may have developed an addiction to any of these substances, it is very important that you seek treatment right away.

Contact one of our addiction treatment specialists today to learn how you can get admitted to a drug rehab center to treat hallucinogen addiction and the side effects that come with it.

Medically Reviewed by
Johnelle Smith, M.D on March 27, 2020
Questions About Treatment?
Get confidential help 24/7. Fill out the form below for:
People also read
Hallucinogen Abuse, Addiction, And Treatment