Recent studies have shown that people are using marijuana more, and drinking less, in states that have passed recreational marijuana laws. Although marijuana is not a treatment for alcohol addiction, this finding could be important for future policy decisions. 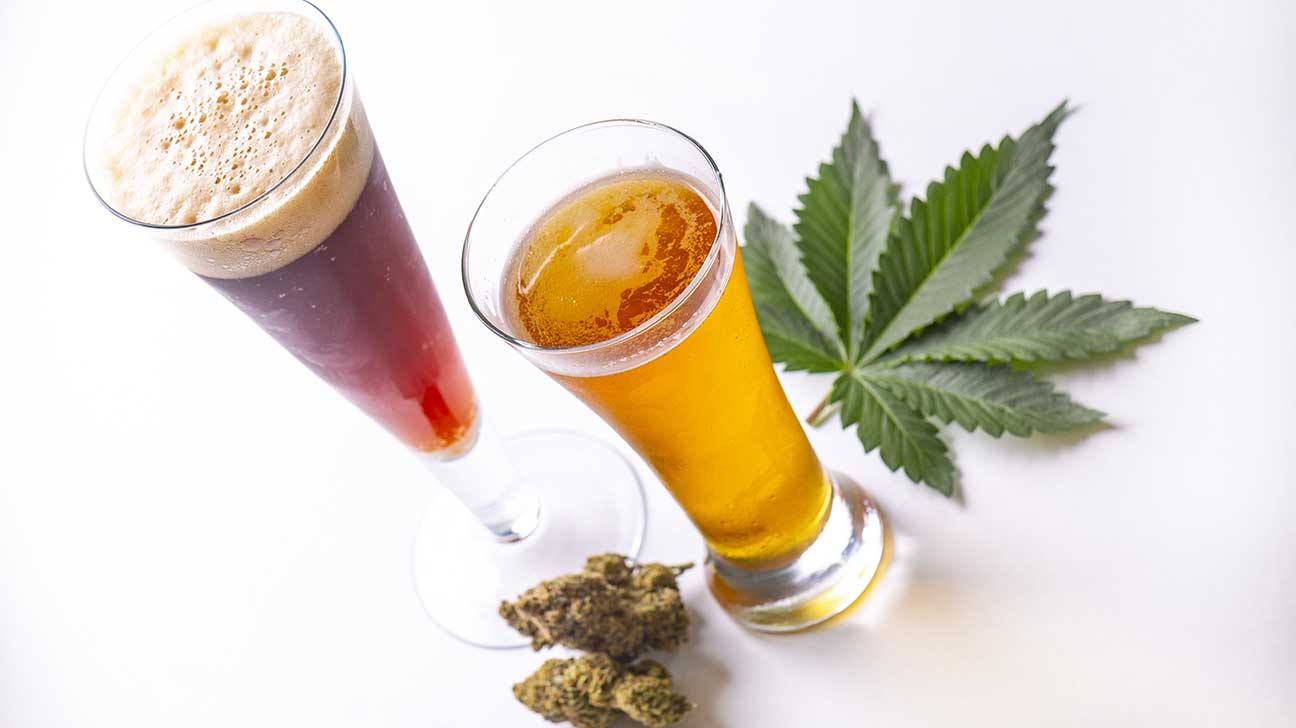 As a growing number of states move to legalize recreational marijuana, researchers are looking at the potential effects of this legalization on the use of other drugs, including alcohol.

What research shows is mixed, but promising. Several studies, for instance, show that binge drinking—or excessive alcohol use—has decreased in states that have legalized marijuana.

At the same time, marijuana use in those states has increased. Here, you’ll find information on these trends and the connection between marijuana legalization and alcohol consumption.

Where Is Marijuana Legalized?

Marijuana, also known as cannabis, has been fully legalized in 18 states and the District of Columbia (Washington D.C.). Three dozen states have legalized medical marijuana only.

Multiple studies published in recent years have attempted to look at the effects of marijuana legalization on the use of other drugs, including illicit substances and alcohol.

Here are some highlights of what studies have shown so far:

Binge-drinking is defined by the Centers for Disease Control and Prevention (CDC) as drinking five or more drinks in a single session for men, and four or more drinks for women.

This is significant, in part, because binge-drinking is particularly prevalent among college-age populations. Young people also make up the majority of those in the U.S. who use marijuana.

Nationwide, research on drinking in the college population has shown a trend of reduced alcohol consumption in recent years, leading some to dub this population the “Dry Generation”.

At the same time that binge-drinking has seen a drop, research has shown that marijuana use has been on the rise in states that have legalized recreational marijuana.

Increases in marijuana use were most prevalent among:

How Many People Use Marijuana?

In 2019, about 18 percent of Americans—nearly 50 million people—reported using marijuana at least once, according to the CDC.

Marijuana use is most common among young adults and adolescents. However, its use is also trending upward among older adults.

How Many People Drink Alcohol?

Furthermore, the CDC estimates about one in 6 adults, or 37 million U.S. adults, binge-drink alcohol on a weekly basis. That is, drinking heavy amounts of alcohol within a single sitting.

What’s The Link Between Marijuana Use And Alcohol Use?

Researchers have cautioned against jumping to conclusions about what, if any, direct effects legalizing marijuana could have on rates of heavy alcohol consumption.

While research has indicated a possible connection, personal risk factors—such as a family history of addiction—will ultimately play a key role in a person’s substance use habits.

For some, it’s possible marijuana could be used as a preferred substitute, rather than a complement to alcohol—since both have similar effects, such as relaxation.

So far, marijuana legalization does not appear to cause increases in the general use of other controlled substances, according to researchers.

What Happens If You Mix Alcohol And Marijuana?

Mixing marijuana with alcohol, a practice sometimes referred to as “crossfading,” can come with certain risks, affecting coordination, mental clarity, and other psychomotor functions.

Potential dangers of mixing the two include:

Factors such as drug tolerance, dependence, and other co-occurring health issues can also affect a person’s reaction to polysubstance use—or, the use of two or more substances.

Some research suggests those who mix marijuana and alcohol, particularly young adults, may also be more likely to drink greater amounts of alcohol more frequently.

Despite some indication that people may be smoking more and drinking less in states that have legalized marijuana, this observation does not necessarily apply to someone with alcoholism.

Although marijuana can be used for certain medical purposes, marijuana is not an evidence-based treatment for alcoholism, also known as alcohol addiction or alcohol use disorder.

If you or a loved one is abusing alcohol or marijuana, our treatment specialists may be able to help.

Medically Reviewed by
Johnelle Smith, M.D on January 13, 2022
Questions About Treatment?
Get confidential help 24/7. Fill out the form below for:
People also read
5 Ways To Help An Alcoholic Friend How To Get Help For Alcohol Addiction What Is A Lethal Dose Of Marijuana? How Much Does Marijuana Cost On The Street?