The Dangers Of Drug Use At Music Festivals

Recreational drug use at music festivals and other events isn’t harmless. The effects of heat, crowds, and other environmental factors can exacerbate the effects of drugs, including illicit drugs like ecstasy/MDMA. 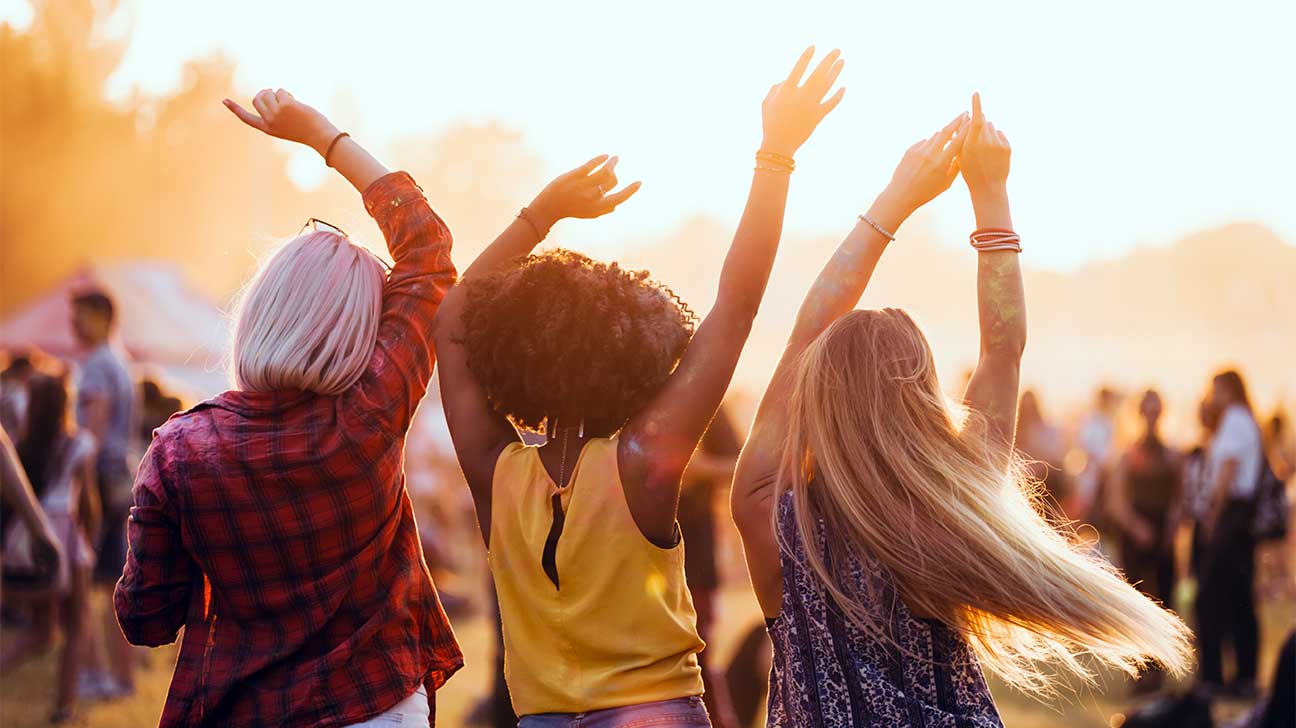 Recreational drug use is common at high-profile music festivals, like Lollapalooza, Coachella, and electronic dance music (EDM) events — but it’s not harmless.

Research on the effects of festival drug use shows that many drugs commonly used at music festivals, including stimulants and psychedelics, can pose serious health risks.

For instance, dehydration, or accidental overdose. Before planning to take drugs at a music festival, it’s important to understand the risks, possible side effects, and dangers of festival drug use.

What Drugs Are Most Used At Festivals?

The most commonly used drugs at music festivals, raves, and clubs are drugs like marijuana (i.e. cannabis), alcohol, stimulants, and so-called “party drugs,” or “club drugs”

Popular drugs at festivals include:

Illicit stimulants like cocaine and methamphetamine (meth) are also sometimes bought and sold at festivals, in addition to counterfeit pills.

Common Side Effects Of Festival Drugs

The effects of substance use at festivals can vary depending on the type of drug.

For instance, whether it’s a stimulant, hallucinogen, or a depressant like alcohol or opioids/opiates will affect the side effects you may experience.

According to a 2018 survey conducted at a major Australian music festival in 2016, ecstasy, or MDMA, is one of the most common drugs taken at music festivals.

Nearly 60 percent of 642 respondents for that study said they’d used MDMA at least once in the past year.

MDMA can can have side effects such as:

What Are The Risks And Dangers Of Drug Use At Festivals?

While the use of illicit substances like ecstasy has been normalized in some circles at music events, the truth is there can be serious risks to their use, especially in these settings.

Some risks and dangers of festival drug use include:

Many music festivals occur outdoors in the summer. This can mean you’re out in the heat, likely surrounded by crowds of people, which already carries a risk for dehydration.

Certain illegal substances, including MDMA, can increase your risk for dehydration at festivals, especially if you’re not drinking enough water or if you’re exposed to a lot of heat.

Recently, law enforcement in Chicago sounded the alarm about the possible risks of buying pills sold at festivals like Lollapalooza.

That’s because an increasing number of pills being sold illegally on the street today, including fake Adderall pills, actually contain fentanyl, a powerful opioid.

Risk Of Accident, Injury, Or Assault

Illicit drugs commonly used at music festivals can create an altered state of mind, and affect your reaction times, coordination, and other bodily movements.

This can place you at greater risk for accidental injury. Drugs like MDMA have also been associated with a higher risk of becoming a victim of sexual assault.

Drugs commonly used by festival-goers are known to affect cognition, decision-making, and judgment, which could put you at risk for safety issues.

You may be less likely to identify when you’re dehydrated, or experiencing other health issues, and may be more likely to engage in dangerous or reckless behaviors.

All of the body heat and actual heat of the outdoors can exacerbate the effects of certain illicit drugs, including psychedelics like MDMA, on body temperature.

This could potentially lead to hyperthermia, or a very high body temperature.

A spike in body temperature can, in serious cases, lead to:

A primary concern surrounding the use of illicit psychoactive substances at festivals is overdose. This can occur after taking too much of one or more drugs at a time, even by accident.

This concern has been heightened in recent years due to the proliferation of fentanyl, a highly potent opioid that can lead to fatal overdose even in small amounts.

Toxicology reports and drug testing kits have shown this drug is increasingly being laced in batches of illegal drugs, including cocaine, heroin, and methamphetamine (meth).

What Are Ways To Stay Safe At Music Festivals?

Illicit drug use at music festivals, including the misuse of prescription drugs, is illegal. But it’s also not recommended for safety purposes, because of associated health risks.

There are ways to stay safe and have fun at festivals — without the use of illicit drugs.

Tips for staying safe at a rave or festival include:

Harm reduction strategies, such as pill testing (i.e. drug-checking) or pacing yourself with alcohol use, should also be used if you or someone you know does engage in drug use.

Getting Help For Drug Abuse

Not everyone who uses drugs recreationally at music festivals has a substance use disorder. But this doesn’t mean doing so is harmless.

Going to a festival where people are using drugs can also be a challenge for some who are in sobriety, or in recovery from addiction — and can be a risk factor for relapse.

If you or someone you know is facing substance abuse or drug addiction, AddictionResource.net can help. Call us today to find mental health and addiction treatment options.

Home > Drug Use At Music Festivals