Use this list of opioids from strongest to weakest to learn more about the risk factors associated with opioid abuse. Street-level opioids are extremely potent, and if cut with other prescription opioids, the potential for overdose is greatly increased. 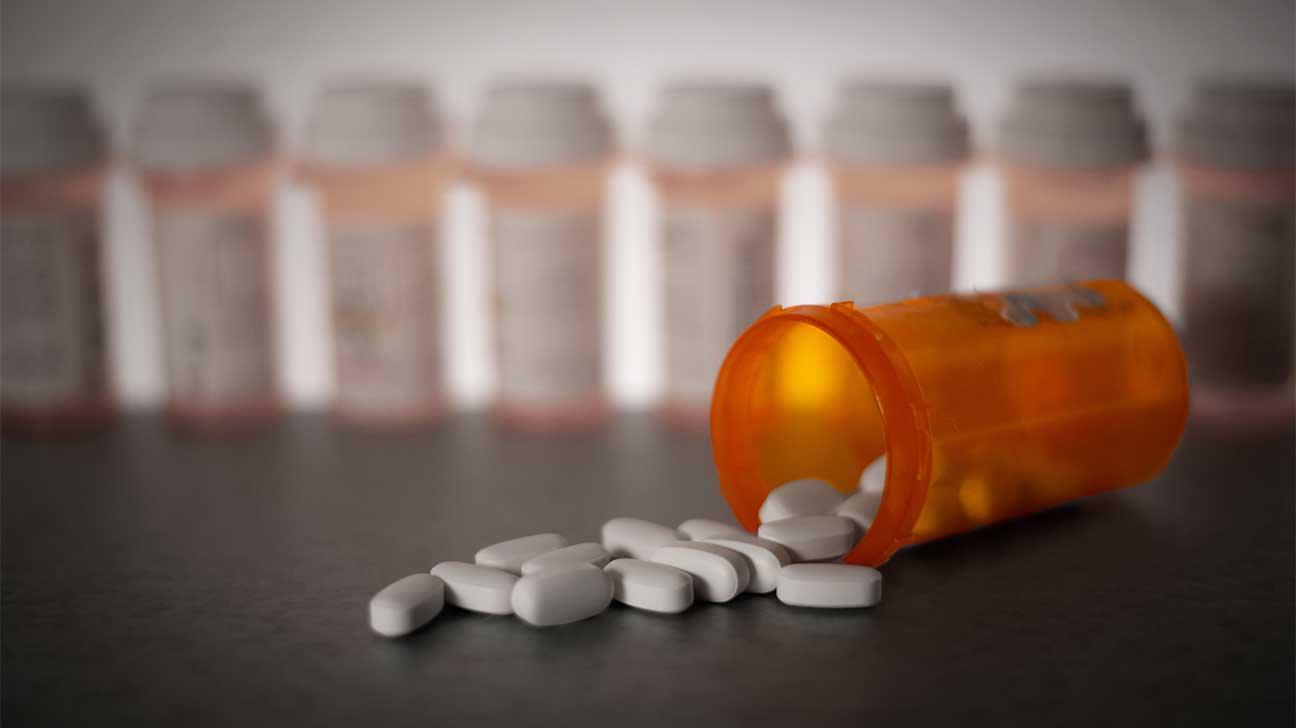 With the ongoing opioid epidemic in the United States, it can be helpful to know which drugs are opioids, which opioids are weakest and which are strongest, and to know the names of opioids.

Identifying opioids, and knowing the dangers that can come with abuse of these drugs, is important when fighting the opioid health crisis.

This list comprises a guide of opioids from strongest to weakest and includes both prescription and illicit opioid drugs, both of which have a high potential for abuse.

This list shows opioid medications and drugs in order from strongest to weakest. For prescriptions, generic names are listed with their common brand names.

The opioids below are compared against morphine, a medium-strength opioid used to relieve moderate to severe pain.

Below you’ll find information on three of the highest-strength opioid painkillers.

Carfentanil is an analog of the synthetic opioid heroin. It’s ranked as a Schedule II substance and is often used as a tranquilizer for large animals such as elephants.

In 2016, the U.S. Drug Enforcement Administration (DEA) issued a formal warning to police and the general public about the impact of carfentanil on communities.

It may at times be disguised as heroin, making carfentanil difficult to detect and easier to fatally overdose on.

Fentanyl is similar to the pain reliever morphine, but it’s 50 to 100 times more potent. This drug may be sold legally with a prescription or illegally on the streets.

This is an extremely potent opioid that’s usually used post-surgery to treat severe pain, or as a mode of ongoing pain-relief for those with chronic pain.

Illicit fentanyl is distributed in the form of pills, powder, nasal sprays, and eye drops.

Buprenorphine (brand-name Suboxone and Subutex) is a drug used for opioid detox, though it can also be abused, as it has a strength of 40 times more potent than morphine.

The drug comes in a strip or tablet form and is usually taken once daily as needed to treat opioid withdrawal symptoms.

People abuse buprenorphine because it can create a relaxing and calming effect; however, it does not generate euphoria like other pain medications might.

Next on the list of opioids from strongest to weakest are medium-strength opioid drugs.

Opana may be abused by crushing and snorting the pill, taking multiple doses, or injecting it.

Abusing oxymorphone in this way can quickly build tolerance, leading to heavier opioid use or the abuse of illicit opioids such as heroin.

Otherwise known as U4, pink, or pinky, U-47700 has a potency of 10 times the strength of morphine. This is a highly potent, addictive drug that’s sold as a powder or pill.

The street drug is known as a novel synthetic opioid (NSOs), which are analogs of fentanyl and non-fentanyl compounds.

Another prescription opioid, hydromorphone is a powerful opioid with the medical purpose of treating pain. It comes in a liquid, tablet, and extended-release (long-acting) tablet form.

This drug is only prescribed to those who have an opioid tolerance, as it’s five to 10 times stronger than morphine.

Dilaudid can quickly lead to substance abuse as a person becomes physically and mentally reliant on the drug to feel normal and be able to function.

Heroin is about two to four times more potent than morphine.

As one of the most common opioids of abuse in the U.S., heroin is highly addictive and claimed the lives of over 14,000 people from overdose deaths in 2019.

Because it’s so potent in itself, combining heroin with alcohol, benzodiazepines, cocaine, and other substances significantly increases the risk of lethal overdose.

Methadone is also used in the treatment of opioid drug abuse.

This is a medication prescribed to those addicted to opioids with the purpose of supplying a low dose of opioids in order to maintain withdrawal symptoms and pain levels.

Because this is an opioid, it’s subject to misuse. Methadone, or Methadose, is three times more potent than morphine.

​​​​Find information below on the potency and abuse of lower-strength opioids such as oxycodone, morphine, and codeine.

Derived from the poppy plant, oxycodone is a prescription drug available in the following brands: Tylox, Percodan, OxyContin.

This drug is intended to treat moderate pain, but can be abused to create euphoria and more pain relief. Oxycodone is about 1.8 times more potent than morphine.

Find out more about the abuse of oxycodone

Hydrocodone is slightly less strong than morphine at 0.59 the potency of morphine. This is a commonly prescribed pain reliever that has a significant potential for addiction and abuse.

This is an extended-release medication, so it’s usually abused to increase the speed of effects by crushing the pill to snort, or dissolving it into a liquid to be injected.

Learn about hydrocodone abuse and addiction

Morphine is usually administered by injecting the solution into the veins. This ensures more rapid pain relief, which makes it an attractive substance of abuse.

If abused, morphine can lead to fatal overdose, especially when combined with other substances such as alcohol or benzodiazepines.

Read more about the risk of morphine addiction

This prescription opioid drug is often used to treat pain from nerve damage in people who have diabetes and has fewer side effects than other opioid medications.

Tapentadol is two to three times less potent than morphine. A dose of 3.3 milligrams (mg) of tapentadol is equivalent to 1 mg of morphine.

Though it’s still subject to misuse, a 2015 study published in the U.S. National Library of Medicine found that tapentadol abuse was reported significantly less often than all other similar opioid compounds.

Tramadol is a regulated substance prescribed for pain management. It’s available under the brand names of Ultram and Ultram ER.

Less strong, tramadol is about 10% less potent than morphine.

Because the potency is lower, this may lead individuals to take higher doses to achieve the desired results.

Meperidine (available under the brand name of Demerol) is also about 10% less potent than morphine.

This is an opiate that relieves pain by changing the brain’s response to pain. It’s taken orally with a tablet or a liquid syrup, but may be abused by snorting or injecting the drug.

Abusing meperidine can lead to tolerance, dependence, withdrawal, and in some cases fatal overdose.

Codeine is a medication used to treat pain that can be found in prescription cough syrups. The medication is about seven to 14 times less potent than morphine.

Some people may abuse codeine in a mixture called lean, a drug cocktail usually containing codeine, soda or some other drink, and candy.

How Opioid Strength Is Determined

The strength of an opioid is often determined by how it compares to the opioid morphine.

The strength of an opioid may also be affected by a person’s tolerance level, metabolism, and method of administration (i.e. injecting opioids is stronger than smoking, snorting, or swallowing).

Heroin, for example, may be cut with other drugs or substances, meaning its strength and purity vary from dose to dose.

Opioids were developed for short-term use — in fact, they were never meant to be prescribed for more than 10 days and up to two weeks at a time, as they can be highly addictive, even when used as prescribed.

Opioids can cause respiratory depression, or breathing at a rate that is dangerously slowed or stopped.

Increasing a dose, taking a powerful opioid when a person has no tolerance to opioids, or taking an opioid that may be cut with other, more potent substances can present high risks.

These factors can lead to potentially fatal opioid overdose or severe withdrawal symptoms, which can be very painful and make it difficult to quit the use of opioids without treatment.

When To Get Help For Opioid Abuse

If you or a loved one is struggling with an opioid use disorder, seek help right away.

Seeking opioid addiction treatment can aid a person in entering addiction recovery before it’s too late.

To learn more about rehab programs for opioid abuse and addiction, contact our helpline to speak with a treatment specialist today.

Home > Opioids From Strongest To Weakest