Psilocybin is a natural, psychedelic compound found in magic mushrooms. New research shows this drug, combined with psychotherapy sessions, may produce beneficial effects as a treatment for alcohol use disorder, also known as alcoholism. 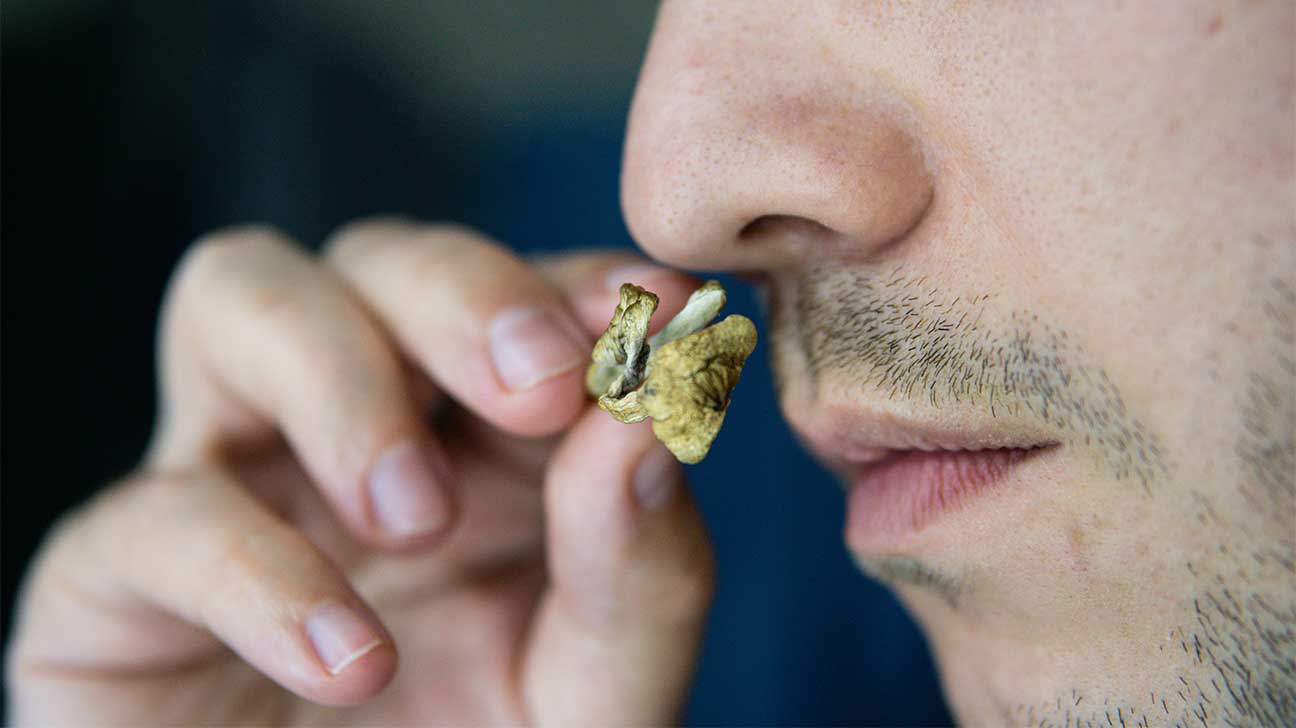 Psilocybin, also known as “shrooms,” is a natural psychedelic that may be effective for the treatment of alcohol use disorder, when combined with behavioral therapy.

That’s according to findings of a new study published in JAMA Psychiatry, led by researchers with the New York University (NYU) Langone Center for Psychedelic Medicine.

Is Psilocybin Effective For Alcoholism?

Researchers have found that taking psilocybin, a classic hallucinogen, has helped people who were drinking heavily reduce their drinking levels, or quit alcohol altogether.

A 2022 study found, for instance, that giving participants with alcoholism psilocybin-assisted therapy helped decrease their number of heavy drinking days by 83 percent.

In contrast, that same study found that taking an antihistamine placebo, instead of shrooms, led to just a 51 percent reduction in heavy alcohol consumption among participants.

What Is Psilocybin-Assisted Therapy?

This treatment involves taking doses of psilocybin under the supervision of a licensed psychotherapist, and undergoing psilocybin mushroom “trips”.

How Does Psilocybin-Assisted Therapy Work?

What Are The Effects Of Psilocybin?

Psilocybin is a classic hallucinogen that activates serotonin receptors. Serotonin is a brain chemical that’s involved in the regulation of mood, perception, and cognition.

Although psilocybin is classified as a hallucinogenic drug, it does not always cause visual or auditory hallucinations for those who take it. But it can have other mind-altering effects.

Psilocybin is classified as a Schedule I controlled substance in the U.S. That means it is illegal for use in the U.S. in most contexts.

However, there is a push to legalize psychedelics, some of which are being studied as potential treatments for substance use disorders and mental health disorders, like trauma and depression.

What Are The Benefits Of Alcoholism Treatment?

Alcoholism affects millions of Americans. This condition can pose severe risks to physical health, mental health, and affect your quality of life.

Alcohol addiction treatment is broadly designed to help you heal physically, as well as psychologically.

Goals of alcohol addiction treatment include:

Where Can I Find Psilocybin Treatment For Alcoholism?

Psilocybin, and other psychedelics like ketamine, are still being studied for their effectiveness in treating addiction. Potential side effects and risks are also being taken under consideration.

As such, they have not yet secured approval from the U.S. Food & Drug Administration (FDA), which is necessary in order for treatment providers to prescribe and offer this treatment.

A number of treatment options in the U.S. exist for alcohol abuse and addiction beyond psychedelics. If you or a loved one is facing a drinking problem, you have options.

To find the best alcohol treatment program near you that’s capable of meeting your needs, call our helpline today to learn more about available treatment options.