Psychedelic Toad Venom: What Is It?

Psychedelic toad venom is a hallucinogenic drug found in the venom of the Sonoran desert toad. While the venom has been sought after in the past, it has had a recent surge in popularity with several celebrities claiming they have used it. 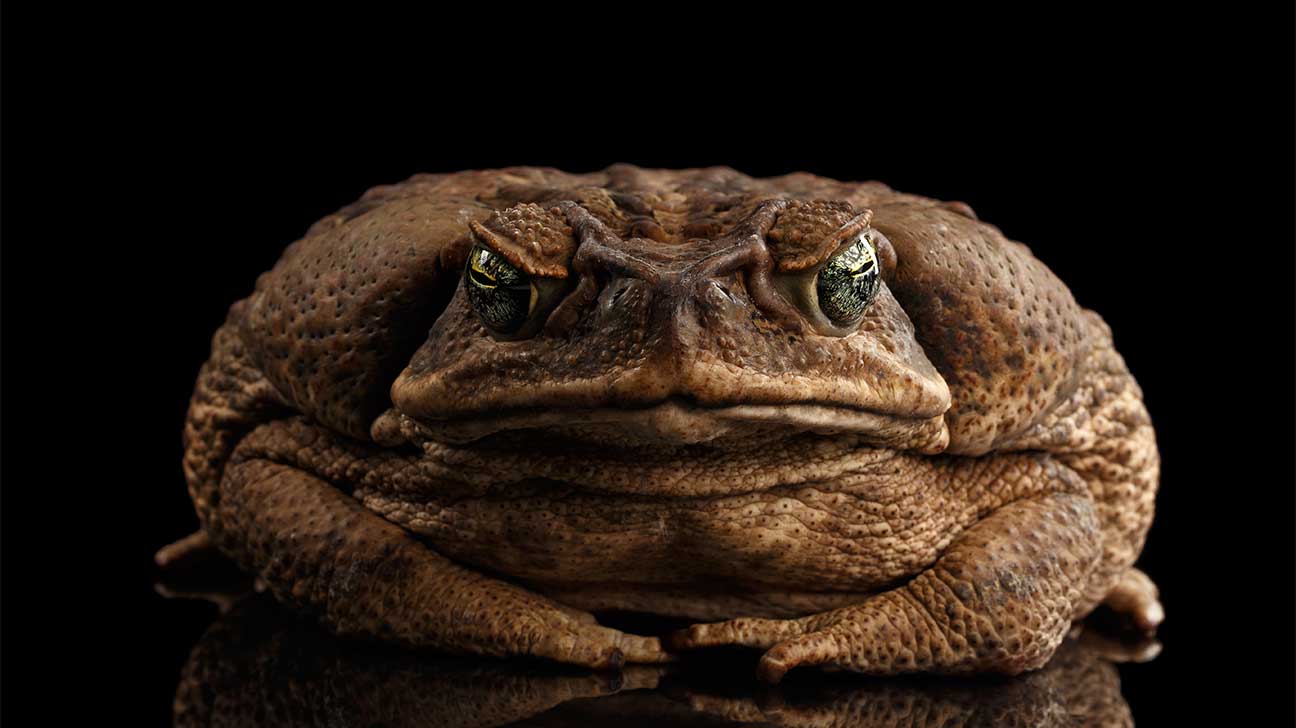 Psychedelic toad venom is a psychoactive substance that is secreted by the Sonoran desert toad native to Arizona.

The toad is also called a Bufo toad after its scientific name, bufo alvarius. When humans use their venom, it can cause hallucinations similar to other psychedelic drugs.

What Is Toad Venom?

The chemical name for toad venom is 5-MeO-DMT or 5-methoxy-N,N-dimethyltryptamine. This is what is extracted from the toad secretion to produce the hallucinations that people experience.

After it has been extracted, the toad venom is dried into crystals and smoked. Taking this hallucinogen is referred to as “smoking the toad” in slang.

A Brief History Of Toad Venom

No one is sure how long toad venom has been used this way. A Mexican doctor named Octavio Rettig, gave a TEDx talk at the Burning Man Festival in 2013, claiming that toad venom had been used in the rituals of the Mayan and Aztecs.

Others doubt this. Researcher Alan Davis believes it possible that the psychedelic properties of toad venom were discovered by Ken Nelson, a reclusive North Texas man who lived in a decommissioned missile base.

As far as anyone knows, Nelson was the first person to dry the poison and smoke it in 1983.

Toad venom received a spurt of fame in the 1980s when it was reported that people were licking the Sonoran desert toad to experience a hallucinogenic high. It faded with time, probably because of the method of drug ingestion.

However, the venom came back into popularity when Dr. Octavio gave his talk at the Burning Man festival, claiming he had helped the Seri people combat meth addiction through toad venom.

He also said that the Aztec and Mayan rituals involving toad venom produced a unique language that he hoped to restore.

Whether that is true or not, toad venom has become one of the more popular psychedelic drugs available.

Toad venom takes effect in a matter of seconds to produce a powerful hallucinogenic high that can last about 20 to 30 minutes.

It can be difficult to discern the difference between reality and hyperbole when looking at the effects of smoking toad venom.

At least one of the reasons for this could be that, as a hallucinogen, toad venom is said to break down the distinction between hallucination and reality.

Some describe it as pure awareness and it is referred to by its proponents as the drug street name “God Molecule.”

Adverse short-term effects can include high blood pressure, tachycardia, vomiting, and a response to the psychoactive properties that make hallucinations feel like nightmares.

Flashbacks seem to be the main long-term concerns of toad venom, which can be terrifying for someone who had a bad initial experience with the substance.

However, it is difficult to tell because the venom has not been studied as long as other psychedelics like magic mushrooms (psilocybin).

How Is Toad Venom Different From Other Psychedelics?

Intensity is one of the ways in which toad venom seems to be different from other psychedelics. The psychedelic experience can be as much like a nightmare as an intense state of altered consciousness.

Recently, toad venom has found popularity with a number of celebrities, Hollywood and otherwise, who say that the psychedelic substance has given them life-changing insights.

In 2021, the New York Post reported Tyson as saying that he “died” the first time that he took toad venom. This death appears to have been metaphorical, and Tyson concluded that “life and death both have to be beautiful.”

Tyson has since been on podcasts talking about his experiences with the psychedelic drug.

Other Celebrities Who Have Used Toad Venom

Tyson is not the only celebrity who has talked about the role of toad venom in his life. Christina Haack, the host of an HGTV show, said that toad venom helped her deal with anxiety.

Hunter Biden, lawyer and son of President Joe Biden, has said that toad venom helped him kick a crack cocaine habit for a year.

These statements bring up the growing use of psychedelic drugs as a treatment for mental illness.

For example, the dissociative anesthetic Ketamine has a legitimate use as a legal therapy for treatment-resistant depression and chronic pain. Ayahuasca has also been used to pioneer this kind of treatment.

In the case of toad venom, researchers for Johns Hopkins University found in one study of 162 people that claimed to have anxiety or depression that about 80% reported improvements after taking toad venom.

At this time, there is no research on how long these improvements in mental health last.

Toad venom is a Schedule I controlled substance, which means that it has, in the eyes of the Controlled Substance Schedules, no redeeming medical value and is illegal in the United States.

However, according to the New York Times, there is a church in Texas that charges $250 to use smoke toad venom and a retreat in Utah that charges $1,100. Regardless of the truth of the drug’s origin, it is used in a shamanic way at these retreats.

People seeking toad venom can also get it by going to retreats in Mexico or Canada where the substance is legal.

Toad venom is not without its dangers. There have been reports of negative effects, including the death of a photographer in Spain in 2020, according to the New York Times.

Unfortunately, relatively little is known about how dangerous toad venom is. While the risks to people with pre-existing conditions related to high blood pressure and tachycardia are recognized, other risk factors are unknown.

For this reason, some retreats have paramedics standing by while the poison is administered.

Where Does This Leave The Toad?

As recently as November 2022, the National Park Service has warned people against licking the Sonoran desert toad.

The need to warn parkgoers away from the toad begs the question of how the amphibian is faring under increased attention.

According to the New York Times, reports of poaching of the toad have caused people to be concerned about the amphibian’s welfare.

Proponents of toad venom are split into two camps, some advocating the use of synthetic MeO-DMT and others saying that only the real thing will suffice.

Can You Become Addicted To Toad Venom?

Again, this is difficult to say because of the lack of peer-reviewed research. It is possible to become dependent on some psychedelic drugs like MDMA, especially if the altered state becomes preferable to the real one.

Whether toad venom is one of those or not remains to be seen.

If you are battling an addiction to mind-altering substances, you can find treatment for yourself or your loved one today. Reach out to us to learn how to get started on your recovery.