Rainbow Fentanyl: What Is It?

Authorities along the west coast, in Arizona, California, and Oregon have issued warnings about “rainbow fentanyl,” a drug that some worry could be targeting minors. This drug, containing the opioid fentanyl, may be deadly in small doses. 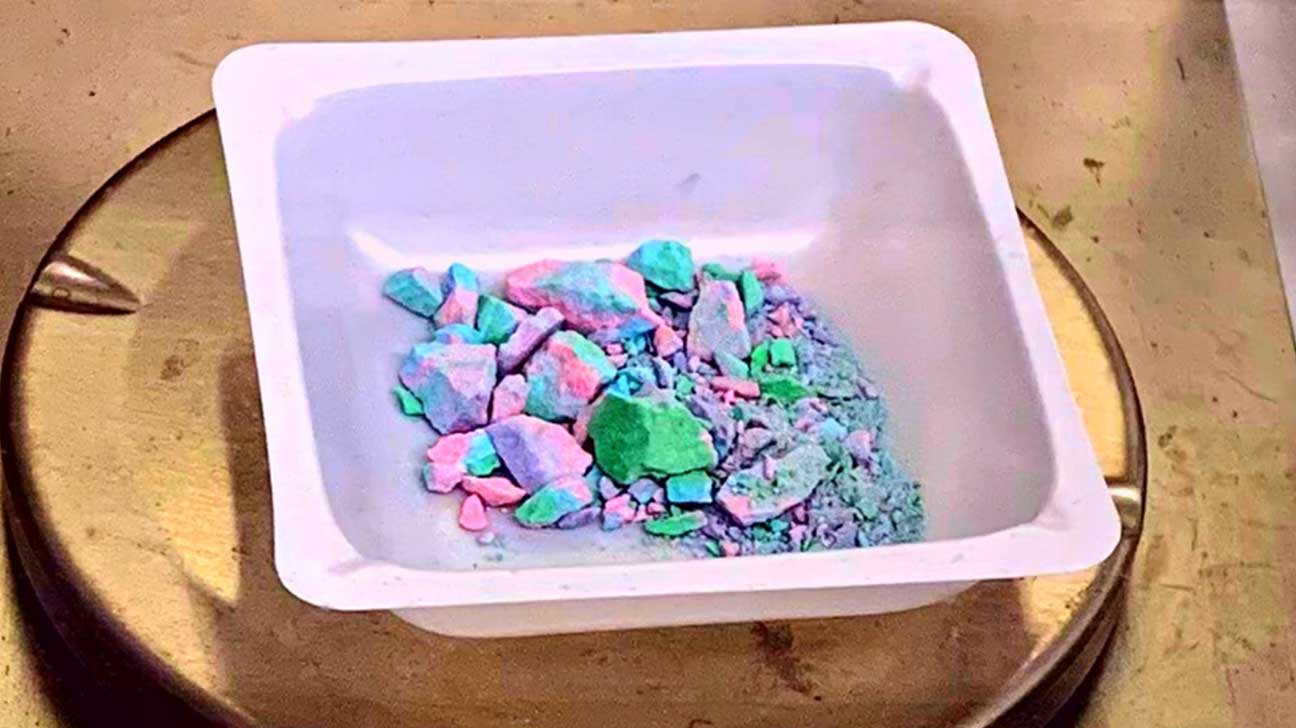 Rainbow fentanyl is a term that’s being used to describe an emerging form of fentanyl that is rainbow-colored and largely comes in the form of powdered fentanyl pressed into blocks.

Authorities in law enforcement warn that this colorful form of fentanyl — an opioid up to 100 times more potent than morphine — could be an attempt to target children and teens.

Why Is Rainbow Fentanyl Dangerous?

Fentanyl is a powerful opioid. It can have strong effects. For those without fentanyl tolerance, taking even a small amount of this depressant can lead to fatal overdose.

Opioid overdose occurs when you take too much of one or more drugs at a time. But the lethal dose of fentanyl is relatively small, due to the drug’s strong potency.

There’s little known about the dangers of rainbow fentanyl specifically.

Authorities are warning that so-called “rainbow fentanyl” poses an added risk for children, due to the fact that a child could accidentally mistake it for rainbow-colored candy or chalk.

However, Claire Zagorski, who works with the Pharmacy Addictions Research and Medicine Program at the University of Texas in Austin, told VICE News, “there’s no evidence that drug dealers are deliberately trying to lure children into using their fentanyl.”

According to the U.S. Centers for Disease Control and Prevention (CDC), fentanyl deaths have been on the rise among teens, due to consequences of fentanyl overdose.

What Is The Color Of Rainbow Fentanyl?

Law enforcement officials have seized batches of pink, green, yellow, and blue-colored fentanyl that have been described by authorities as rainbow fentanyl.

Drugs identified as “rainbow fentanyl” appear as powdery blocks with the consistency of sidewalk chalk. The drug may also come in the form of colorful fentanyl pills.

Where Has Rainbow Fentanyl Been Found?

Law enforcement officials in various parts of the country have reported confiscating what they describe as “rainbow fentanyl” or rainbow-colored fentanyl.

Michael Humphries, a US Customs and Border Protection director for the Port of Nogales, Arizona warned on social media, “This could be the start of a trend.”

Where rainbow-colored fentanyl has been identified:

What Happens If You Take Rainbow Fentanyl?

Fentanyl is extremely potent. Some people who have fentanyl dependence, or who are dependent on another type of opioid, may take fentanyl to stave off withdrawal symptoms.

But illicit forms of fentanyl, which are not regulated by federal authorities, can be dangerous, even if you have fentanyl dependence.

Having Narcan, or naloxone, on-hand is highly recommended if you or someone else you know takes fentanyl — particularly if you are using fentanyl bought on the street.

Narcan is an opioid overdose reversal drug that can reverse an overdose and prevent death if it is administered quickly in the event of a fentanyl overdose.

Opioids like fentanyl can be highly addictive. Fentanyl addiction is a risk factor for a whole host of health issues and quality of life concerns — but it is treatable.

For more information about fentanyl addiction, or other drug addiction treatment options, please call our helpline to speak with an admissions specialist today.

Questions About Treatment?
We offer 100% confidential substance abuse assessment and treatment placement tailored to your individual needs. Achieve long-term recovery.
People also read
What Are Fentanyl Test Strips? Timeline For Fentanyl Detox And Withdrawal Common Street Names For Fentanyl How Much Does Fentanyl Cost On The Street?