What Is A Spliff?

Spliff is a term used to refer to cigarette papers containing marijuana and tobacco. Spliffs are similar, but not identical to joints and blunts, which also contain marijuana. Smoking spliffs often may be a sign of marijuana or nicotine dependence. 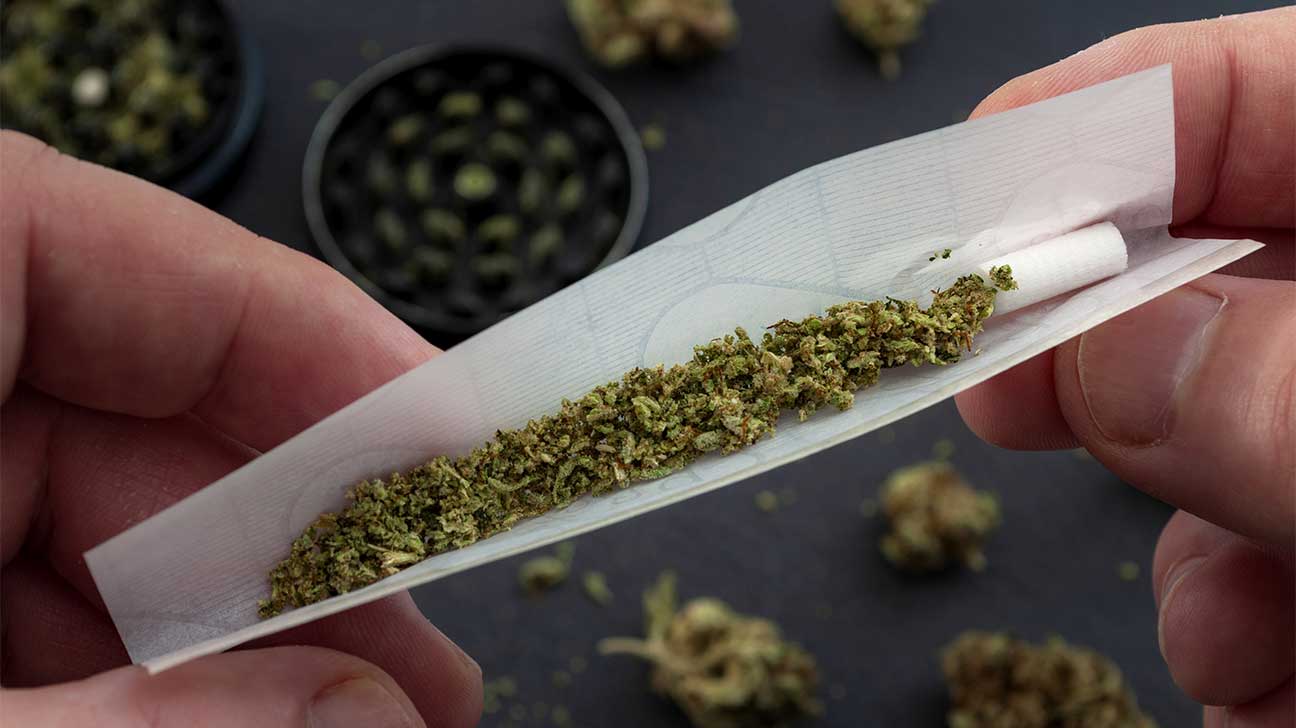 There are many terms used to describe illicit or recreational drug use. One of these terms is a “spliff,” which is a West Indian term for a smokable object that contains cannabis, also known as marijuana.

Cannabis is a drug that contains THC (short for delta-g-tetrahydrocannabinol). This drug is used by millions of people in the United States each year for recreational and medicinal purposes.

Similar to joints, spliffs may feature a crutch, a type of paper filter that can make the spliff easier to handle and may help prevent people from burning their fingertips while lighting and smoking.

What’s In A Spliff?

The contents of a spliff depend on where it’s used. In the United States, spliffs are smokable rolls that contain a combination of marijuana and tobacco.

In Europe, the term ‘spliff’ is used to describe a type of roll containing only marijuana.

In Jamaica, where the term is believed to have originated, spliffs may be referred to as marijuana cigarettes.

Marijuana is also referred to as:

The ratio of cannabis to marijuana in spliffs can vary depending on how it’s made and where you get the spliff from. Most are unlikely to contain more than 50 percent tobacco.

Color Of A Spliff

The interior of a spliff may be dark green or brownish-greenish from the mixture of cannabis and tobacco. The actual spliff itself may be white or tan in color, depending on the type of rolling paper used.

Size Of A Spliff

The size of a spliff depends on the type of rolling paper that is used. Usually, this comes out to be a few inches in length.

Where Do You Get Spliffs?

Spliffs can be bought or homemade using materials bought from a dispensary. It is possible to roll your own spliffs by buying cigarette papers and stuffing the paper with ground cannabis and tobacco.

How Else Is Marijuana Smoked: Joints, Blunts, Bongs, Vaping

Cannabis can be found in a variety of drug combinations and can be smoked in different ways. The three primary forms of rolled cannabis are: joints, blunts, and spliffs.

Although different than spliffs, blunts and joints are sometimes conflated with spliffs by those less familiar with cannabis culture. Cannabis can also be smoked by using a bong or vaporizer.

Joints are the most popular type of roll in the United States. This refers to cannabis wrapped in rolling paper, or joint paper.

The wrapping may be lighter or translucent in appearance and may not contain the same additives as tobacco paper.

Unlike spliffs, joints only contain marijuana. Alternative names for joints include marijuana cigarettes or cannabis cigarettes.

There are two main differences between blunts and spliffs. First, blunts contain only cannabis, unlike spliffs.

Another difference is the wrapping. Blunts are wrapped in a blunt wrap, which can refer to either tobacco paper or a cigar wrap, which are made of condensed tobacco leaf.

Marijuana can be smoked using a bong, which is a type of filtration device. Bongs can vary in their appearance and may be used to smoke marijuana, tobacco, and other herbal substances.

Although standard bongs are generally made of glass, the use of objects such as apples and watermelons as bong devices has also become popular among people who smoke cannabis recreationally.

People who smoke marijuana may also smoke the drug using a vaporizer.

This is a device that can pull the THC from the marijuana and collects it in a storage unit to be vaped. Liquid marijuana extract is also sometimes vaped.

Effects Of Using A Spliff

Cannabis is a depressant. Nicotine, the active ingredient in tobacco, acts as both a depressant and stimulant. When mixed, the two can together create a sensation described by some as a “head rush.”

Although spliffs can still cause a high similar to smoking straight marijuana, the effects of cannabis are likely to be milder than if you were to smoke a blunt or joint.

After smoking a spliff, people may feel:

It’s also possible to have a negative smoking experience after smoking a spliff. Some people who smoke spliffs may feel nauseous, get a headache, and feel foggy mentally.

People who are addicted to nicotine may feel on edge, particularly if they go too long without smoking.

Physical Effects Of Smoking A Spliff

Chronic use of nicotine has been associated with an increased risk for lung disease, cancer, and respiratory issues.

Just as with smoking cigarettes, smoking marijuana can also release toxins and carcinogens that can be harmful to health, according to the American Lung Association.

Psychological Effects Of Smoking A Spliff

People who smoke spliffs very often may become addicted to the nicotine inside. This can make a person crave nicotine and cause physical dependence.

Nicotine dependence and addiction can cause agitation, depression, anxiety, and irritability.

Some people who use cannabis have also reported psychological problems, including new or worsened depression, anxiety, and psychosis.

A primary sign of drug abuse is when someone is regularly using a drug for non-prescribed purposes and is unable to reduce or control their drug use.

Regularly smoking spliffs, and continuing to smoke spliffs despite negative effects on health, ability to work, or relationships may be a sign of a drug problem.

If you or someone you know is showing signs of drug dependence or addiction, call our helpline today to learn about available treatment options.

Home > What Is A Spliff?

Medically Reviewed by
Johnelle Smith, M.D on July 13, 2021
Questions About Treatment?
We offer 100% confidential substance abuse assessment and treatment placement tailored to your individual needs. Achieve long-term recovery.
People also read
What Is A Lethal Dose Of Marijuana? Marijuana Addiction And Treatment Options How Much Does Marijuana Cost On The Street?