Cocaine is an addictive drug that is most often white in color. Cocaine can come in several different forms, including a white powder and rock form. All forms of cocaine are addictive and can pose serious health risks.

Identifying cocaine abuse or addiction in a loved one can be made easier if you know what cocaine looks like.

Cocaine is an illicit, stimulant drug that is sold by drug dealers. Cocaine in the United States is largely trafficked from Latin American countries in South America, such as Colombia and Peru.

Cocaine can be identified in the forms of:

Cocaine can also be mixed with other drugs, such as MDMA/ecstasy, heroin, and fentanyl. This can affect its physical appearance, including its form and color.

Here, you’ll find more information about what cocaine looks like, signs of cocaine use, and treatment for cocaine abuse. 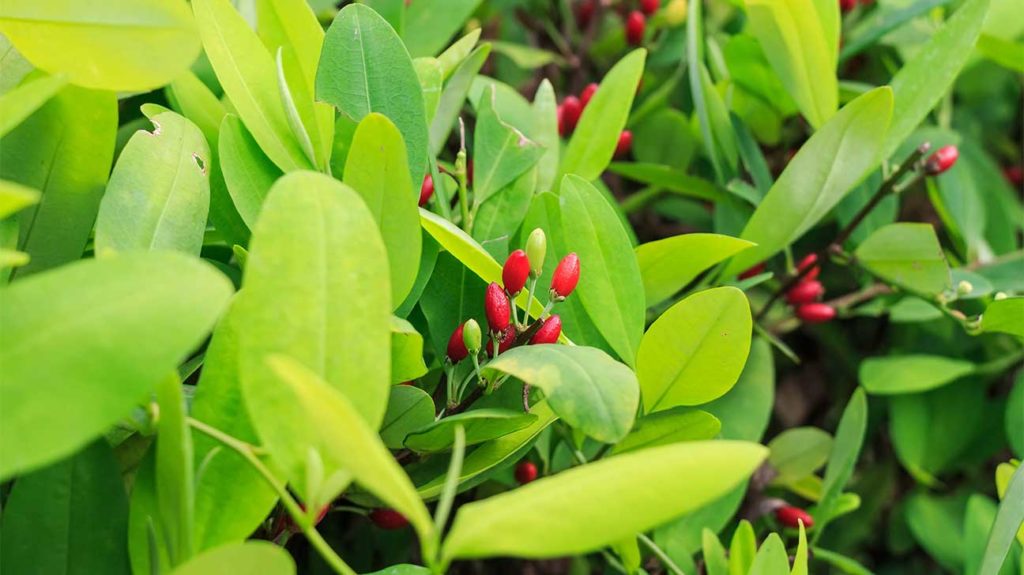 For centuries, South American populations have chewed on coca leaves, made tea with the leaves, or have ground them into a paste form for their stimulant and anesthetic properties.

It is illegal to bring coca leaves into the United States. Cocaine sold in the U.S. is generally already processed into a powder or solid form prior to reaching U.S. soil. 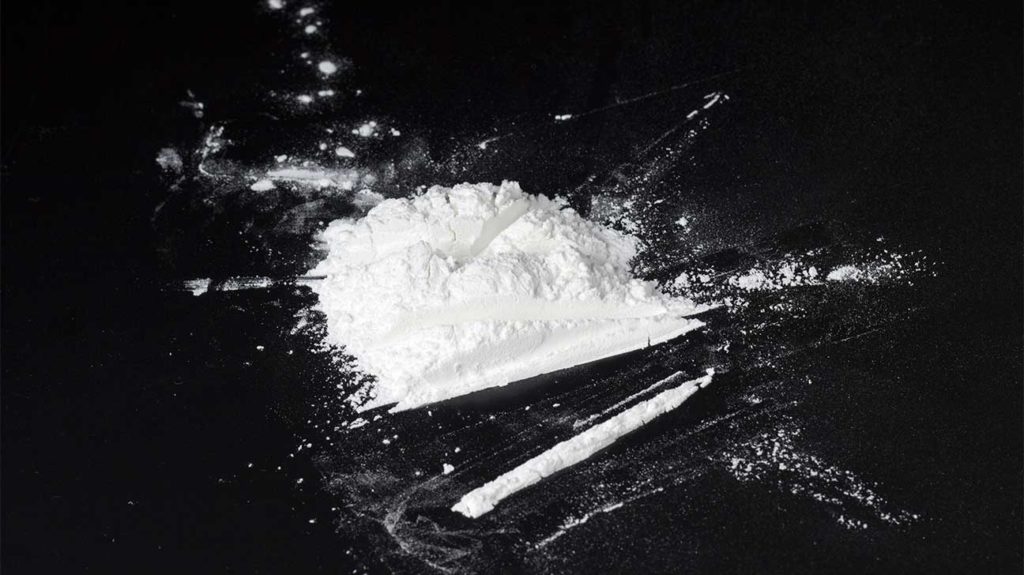 Once cocaine is extracted from the coca leaves, it is processed into a flaky, then crystalline powder form. Powdered cocaine can be snorted, taken orally, or dissolved into a liquid to be injected.

Cocaine is generally whitish in color once it is processed. Powdered cocaine is often cut with cutting agents, such as hydrochloride, baking soda, flour, and cornstarch. This reduces its purity and potency. 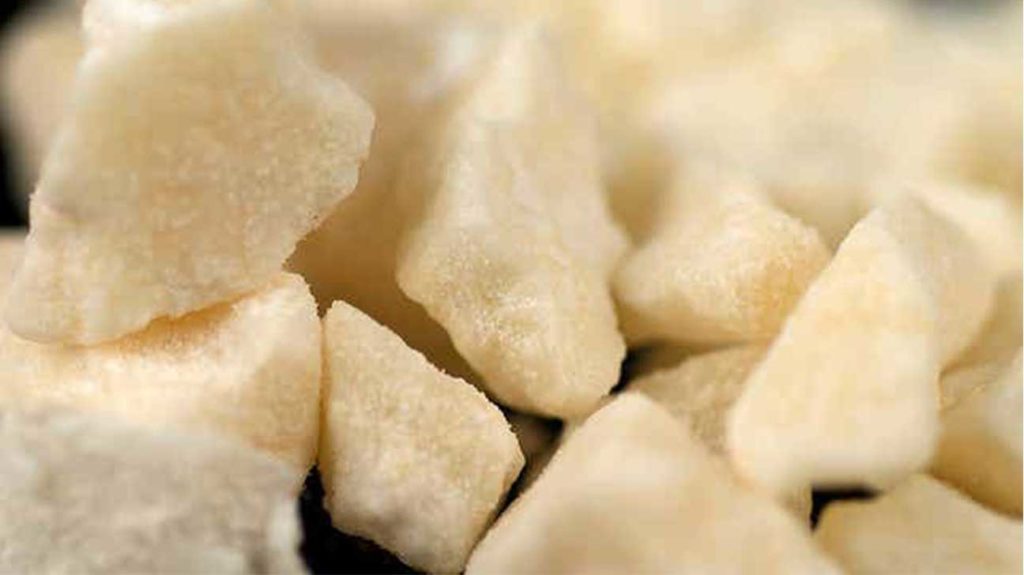 Crack cocaine is the solid form of cocaine. This is a pure form of cocaine that has been stripped of additional additives, such as cocaine hydrochloride.

Crack cocaine can come in the form of:

Crack cocaine is heated, then smoked. Inhaling the vapors of crack cocaine can cause near-immediate euphoric effects.

Smoking cocaine has been associated with a higher risk of crack dependence, addiction, and overdose compared to snorting powder cocaine.

Drugs That Look Similar To Cocaine

Many illicit drugs come in powder form. Some illegal drugs can look similar to both the powder and solid forms of cocaine.

Drugs that can look similar to cocaine include:

The similar appearance of many illicit drugs can make it difficult to know what drug you’ve gotten when buying from a drug dealer. Many substances, such as flour and sugar, look similar to cocaine.

Signs Of Cocaine Use

Cocaine can cause a range of side effects on behavior, thoughts, physical appearance, and mental health.

Knowing common signs of cocaine use can help you identify if someone you know is using illicit drugs like cocaine.

Signs and effects of cocaine use can include:

Taking excessive amounts of cocaine, or taking cocaine that’s been mixed with other drugs, can lead to adverse reactions, including dangerous changes in heart rate, body temperature, and blood pressure.

Cocaine has the potential to cause heart attack, seizure, stroke, and cardiac arrest. These can be signs of an overdose and may be life-threatening without immediate medical treatment.

Find Addiction Treatment For Cocaine Use

Regularly using cocaine can lead to drug dependence and addiction. Recovering from cocaine addiction can be a multi-step process.

If you’re looking for drug abuse treatment for yourself or a loved one, call our helpline today for more information.

Medically Reviewed by
Johnelle Smith, M.D on March 10, 2021
Questions About Treatment?
Get confidential help 24/7. Fill out the form below for:
People also read
What Does Cocaine Smell Like? Crack Cocaine Identification By Look And Smell Cocaine Abuse, Addiction, and Treatment What Does Cocaine Taste Like?