Pink Cocaine: What Is It?

Pink cocaine is a synthetic drug that can cause hallucinogenic effects. Despite its name, not all forms of pink cocaine actually contain cocaine. Pink cocaine can have serious effects on health and can become addictive when used. 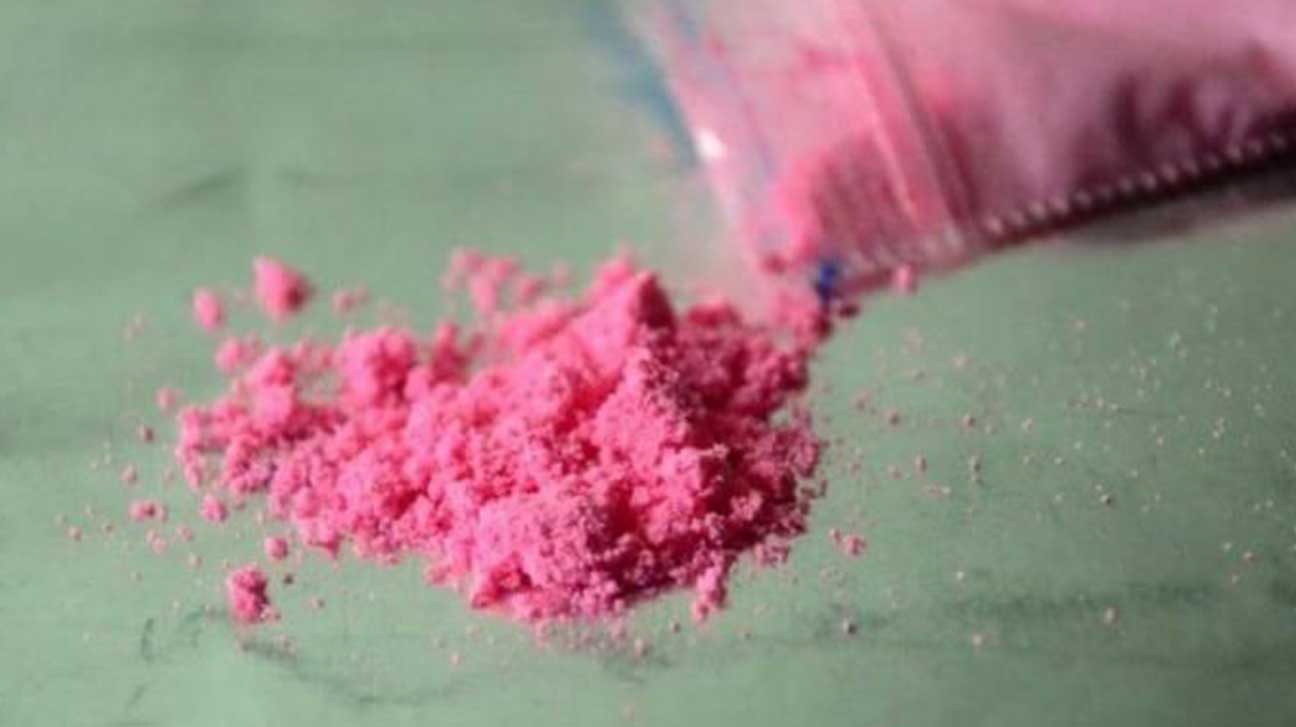 Cocaine is a highly addictive stimulant drug that comes in the form of a white powder or hard, white rocks. Cocaine can be injected, snorted, smoked, or taken orally to produce a powerful rush of energy and happiness.

Pink cocaine, also known as “cocaina rosada,” refers to synthetic drug combinations that may or may not actually contain cocaine.

What Is Pink Cocaine?

Pink cocaine is a slang term that has been used to describe a number of substances.

According to the United Nations Office on Drugs and Crime (UNODC), pink cocaine can refer to cocaine that has been dyed pink or a mixture of drugs such as:

Where Does Pink Cocaine Come From?

News reporting on pink cocaine has showcased a rise of this designer drug in countries such as the United States, as well as Latin American countries of Argentina and Uruguay. Some pink cocaine containing the synthetic drug mescaline is believed to be made in Colombia.

Although there has been increased detection of this pink drug in recent years, it hasn’t been characterized by all as a new drug.

For instance, a hallucinogenic drug known as “pink powder” was developed in the United States in the 1970s by American chemist Alexander Shulgin.

The origins of drugs being sold as “pink cocaine” can vary, with newer formulations largely traced back to South America.

According to Colombian law enforcement authorities, the party drug was allegedly produced and sold in major cities such as Bogota, Medellin, Barranquilla, and Cartagena.

Toxicology reports on pink cocaine have identified a range of psychoactive substances and additives. Drugs such as cocaine, which is typically white in color, may be dyed to take on a pinkish tint.

Side Effects Of Pink Cocaine

The effects of pink cocaine largely depend on what types of drugs or additives have been combined to create the drug in any given batch sold.

Pink cocaine is believed to be addictive, largely because it often contains psychedelic and stimulant drugs that have the potential for addiction.

Cocaine, for instance, can become addictive after a single use or multiple uses due to its powerful effects on the brain.

Side effects of psychedelics can include:

Side effects of cocaine can include:

Is Pink Cocaine The Same As Pink?

Pink cocaine does not necessarily refer to another illicit drug of abuse known as “Pink” or “Pinky”.

Pink is a common street name for U-47700, a potent opioid agonist developed as a designer drug. Batches of this illicit drug have been imported into the United States from laboratories in China, and are sometimes mixed with other opioids such as fentanyl.

Pink is generally sold in the form of a white or pinkish, chalky powder. It is sometimes sold in packaging or bags to mimic opioid drugs such as heroin and prescription opioid tablets. It can be highly toxic, and even deadly, in small doses.

Pink cocaine, on the other hand, is not necessarily associated with opioid drugs, which are a class of central nervous system depressants that are involved in the majority of drug overdose deaths in the U.S.

One of the primary dangers of pink cocaine is that the contents, effects, and dangers of the drug are unpredictable.

Drugs sold as “pink cocaine” may contain any number of drugs and additives capable of causing mild to severe effects on health.

Mixing drugs like cocaine with hallucinogens and other cutting agents can increase the risk of drug overdose and long-term health consequences.

The synthetic hallucinogen, 2C-B, which has been sold in Latin American and Caribbean regions as “cocaina rosada” can cause a range of undesirable effects.

These may include kidney damage, erratic behavior, and other dangerous side effects associated with psychedelic drugs.

Experimenting with illicit drugs like pink cocaine can be a sign of substance abuse. Substance abuse can hurt relationships, make it difficult to work, and cause serious health problems.

Treatment for cocaine abuse generally involves a combination of medical and behavioral health treatments, such as medical detox, individual counseling, and group therapy. If you or someone you know is using pink cocaine, addiction treatment may be recommended.

Millions of people seek treatment for drug abuse each year. Call our helpline today to find addiction treatment services for yourself or a loved one.

Medically Reviewed by
Johnelle Smith, M.D on March 10, 2021
Questions About Treatment?
Get confidential help 24/7. Fill out the form below for:
People also read
Cocaine Street Names Cocaine Hydrochloride: What Is It? Cocaine Abuse, Addiction, and Treatment How Much Does A Cocaine Addiction Cost To Maintain?