Cocaine is an addictive stimulant that can come in the form of a white powder, crystal rock, paste, or leaf. Cocaine in all of its forms has a bitter taste and can leave the mouth feeling numb. 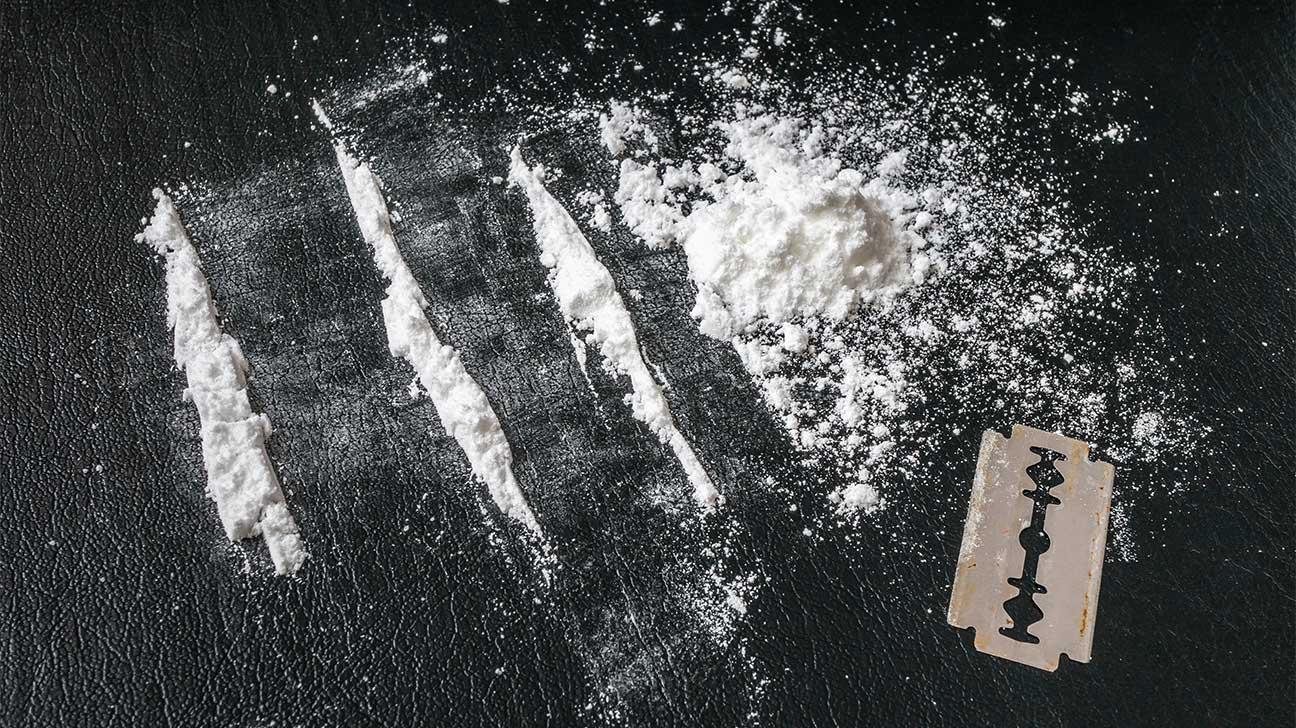 Cocaine is an addictive, illicit drug that comes from the coca plant, which is native to South America. Although cocaine is sometimes used as an anesthetic in medical settings, it is illegal for recreational use in the United States.

Common questions people have about cocaine include:

Snorting, injecting, smoking, or swallowing cocaine can cause intense effects on mood, behavior, and the body.

The taste and appearance of cocaine can vary according to the form of cocaine, where it comes from, and whether it’s been mixed with other adulterants.

Cocaine is a drug that is native to the South American countries of Colombia, Peru, and Bolivia. Most cocaine production occurs in Columbia.

Cocaine can appear in the form of:

Cocaine can also appear flaky, or come in the form of white nuggets or bricks. Cocaine is derived from the green coca leaves of certain coca plants. In South America, coca leaves may be brewed for tea, and can be processed into a coca paste form.

Cocaine tastes bitter in all of its forms.

The taste of cocaine can vary depending on:

What Ingredients Are Added To Cocaine?

Much of the cocaine that is sold on the street in the U.S. is diluted or cut with other ingredients, also known as adulterants, fillers, or cutting agents.

There are also a number of chemicals that are involved in the process of manufacturing cocaine.

How Cocaine Is Made

Cocaine is extracted from the leaves of coca plants. From the initial extraction, the drug is processed into cocaine sulfate, then cocaine hydrochloride to create a fine, white powder.

Chemicals involved in the manufacturing process for powder cocaine can alter the taste, smell, and appearance of cocaine.

Chemicals used to manufacture cocaine include:

The taste of cocaine can also depend on whether it’s been processed, or diluted, with additional adulterants. As a result, cocaine may have additional flavors or taste salty as well as bitter.

Drug dealers may cut their supply of cocaine with other substances in order to dilute the cocaine, decrease its purity, and increase their profits.

Cocaine may be cut with:

Cutting agents may alter how cocaine smells, its appearance, and the taste of cocaine.

In addition, cocaine is sometimes cut with other drugs, such as amphetamine, heroin, fentanyl, marijuana, and psychedelics such as MDMA and PCP.

Putting cocaine in the mouth can create a numbing sensation and taste grainy or powdery. Some people may rub cocaine powder on their gums to test its purity.

Cocaine that hasn’t been cut with other substances—i.e. has a high purity level—can numb the gum line in small amounts.

If other local anesthetics are cut with cocaine, however, this can also numb the gums and not necessarily indicate a high purity level.

Does Crack Taste Different Than Cocaine?

Crack cocaine, or freebase, can taste different than powdered cocaine. This is because it undergoes a different manufacturing process.

Crack cocaine is made by stripping cocaine of cocaine hydrochloride. Crack is more potent than powdered cocaine and has a low tolerance to heat, which makes it smokable.

Freebase cocaine can be clumpy in appearance, or can come in the form of small rocks. Crack cocaine is generally smoked to achieve rapid, euphoric effects.

Dangers Of Cocaine Use

Cocaine is a powerful stimulant. It is often abused for its euphoric effects and its ability to increase focus and alertness in some people. It is also highly addictive.

Adverse side effects of cocaine can include:

Taking high doses of cocaine, or using cocaine with other drugs, can cause drug overdose. Drug overdose can be life-threatening and may require immediate medical attention.

Using cocaine or smoking crack can be a sign of drug abuse and addiction. Cocaine abuse can have short-term and long-term effects on health and wellbeing.

Treatment for cocaine addiction can include:

If you or someone you know is addicted to cocaine, help is available. You don’t have to face this alone. Call our helpline today to learn more about cocaine addiction and find treatment near you.

Medically Reviewed by
Johnelle Smith, M.D on March 10, 2021
Questions About Treatment?
We offer 100% confidential substance abuse assessment and treatment placement tailored to your individual needs. Achieve long-term recovery.
People also read
What Does Cocaine Look Like? What Does Cocaine Smell Like? Signs Of Cocaine Use And Abuse