The street value of illicit drugs can vary according to the type of drug, the amount, where you live, and other factors such as supply and demand. Buying illicit drugs may be a sign of drug abuse or addiction, for which treatment is recommended. 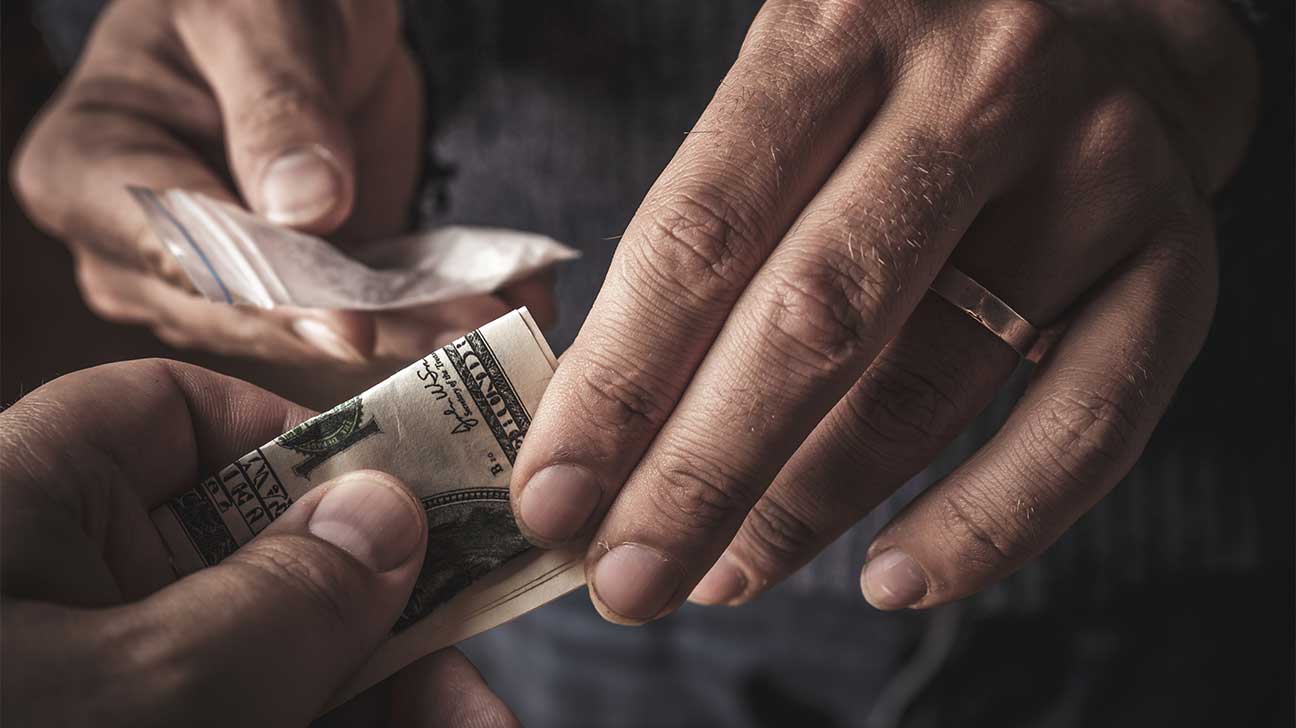 Research shows that people in the United States collectively spend billions of dollars on the purchase of illicit drugs like heroin, cocaine, methamphetamine, and marijuana each year.

Not all of these drugs are priced the same way. The average cost of illicit drugs can be influenced by a variety of factors, including availability, the type of drug, and where you live.

The street value of illicit drugs can vary according to the type of drug that is being purchased, as well as the formulation.

For example, a powder, pill, or solid substance like crystal meth or black tar heroin.

Heroin comes in the form of either a white powder, brown powder, or blackish-brown substance known as black tar heroin—all three of which can vary in price according to drug purity level.

The street price of heroin can range between $150 to $500 per gram, according to the United Nations Office on Drugs and Crime (UNODC).

Black tar heroin is generally cheaper than powder forms because it’s easier to produce and is less pure than powdered forms.

Read more about the cost of heroin on the street

Cocaine, or “coke,” is an illicit stimulant drug that costs between $60 to $100 per gram in the United States, on average. One gram can make up about 25 “hits” or 10 lines of cocaine.

Crack cocaine—the rock-like form of coke—is usually cheaper than powder forms, with an average cost of $60 per gram.

Read more about the cost of cocaine/crack cocaine

Methamphetamine, or meth, can come in the form of a powder or rock form—also known as crystal meth.

The average dose of meth is 0.2 grams. One gram accounts for about five doses. Wholesale prices (in the kilograms) may be lower.

Read more about the cost of meth

Molly is a slang term for the hallucinogenic drug MDMA, also known as ecstasy.

According to the UNODC, the price of ecstasy/Molly can range from $1 to $80 per pill or tablet. The average cost is $5 to $25 per pill.

Read more about the cost of MDMA (Molly)

Dimethyltryptamine, or DMT, is a hallucinogenic drug that comes in the form of a powder.

Lysergic acid diethylamide (LSD), also known as “acid”, is a synthetic hallucinogen. The cost of LSD is about $2 to $5 per hit, according to the U.S. Drug Enforcement Administration.

Read more about the cost of LSD (Acid) on the street

Ketamine is a dissociative anesthetic that is used recreationally. It is also administered in clinical settings for pain relief and depression.

The street price of ketamine, or “Special K”, can range from $20 to $25 per dosage unit. Legal ketamine infusions for depression treatment can cost upwards of $400 to $2,000 a session.

Phencyclidine (PCP) is a “party drug” hallucinogen that is most commonly sold in liquid or powder form.

Although legal for limited medical use in many states, marijuana—also known as weed, pot, and cannabis—is illegal for recreational use in most states.

One joint contains about half of a gram of weed. Marijuana is typically bought in the form of a joint, edible, or by the ounce.

Read more about the average cost of marijuana on the street

There are a wide range of terms that are used to describe common unit sizes for illicit street drugs. This includes actual measurement terms, as well as slang terms.

Purchasing sizes for illicit street drugs may include:

Common purchasing sizes vary depending on the type of drug. Heroin, for instance, is commonly sold in bags. Ecstasy, on the other hand, might be bought by the dose or by the bottle.

What Factors Can Affect Street Prices For Illicit Drugs?

Average street prices for drugs aren’t fixed. They are subject to change according to a whole host of factors.

Factors that can affect street prices for illicit drugs include:

The cost of many illicit drugs has shifted over time, due to a variety of economic, social, cultural, and political factors.

The extent to which these factors influence prices can vary based on location as well as general attitudes towards illicit drugs, as demonstrated by the public, law enforcement, and lawmakers.

Buying illicit drugs like heroin or cocaine can be a sign of drug abuse. That is, a compulsive pattern of misusing drugs for their effects or for other personal reasons.

Over time, the use of illicit drugs can lead to significant life problems, including:

People who buy drugs off the street regularly may pay more and more for these drugs over time, as they develop a higher tolerance and need more of the drug to get through the day.

If this describes you or a loved one, finding a treatment program may be your best option. Recovering from drug abuse and addiction is possible.

The first step towards getting help for a drug problem is just a phone call away. To find drug treatment for yourself or a loved one, call our helpline today for more information.

Medically Reviewed by
Johnelle Smith, M.D on June 21, 2021
Questions About Treatment?
Get confidential help 24/7. Fill out the form below for:
People also read
Cost Of Illicit And Legal Drugs Sold On The Street How Long Do Drugs Stay In Your System? Routes Of Administration For Drug Use And Abuse