Alcohol Tolerance: What Is It?

Alcohol tolerance can build up through chronic, heavy drinking. For some, a high tolerance could be a sign of alcohol abuse, which may require treatment to overcome. 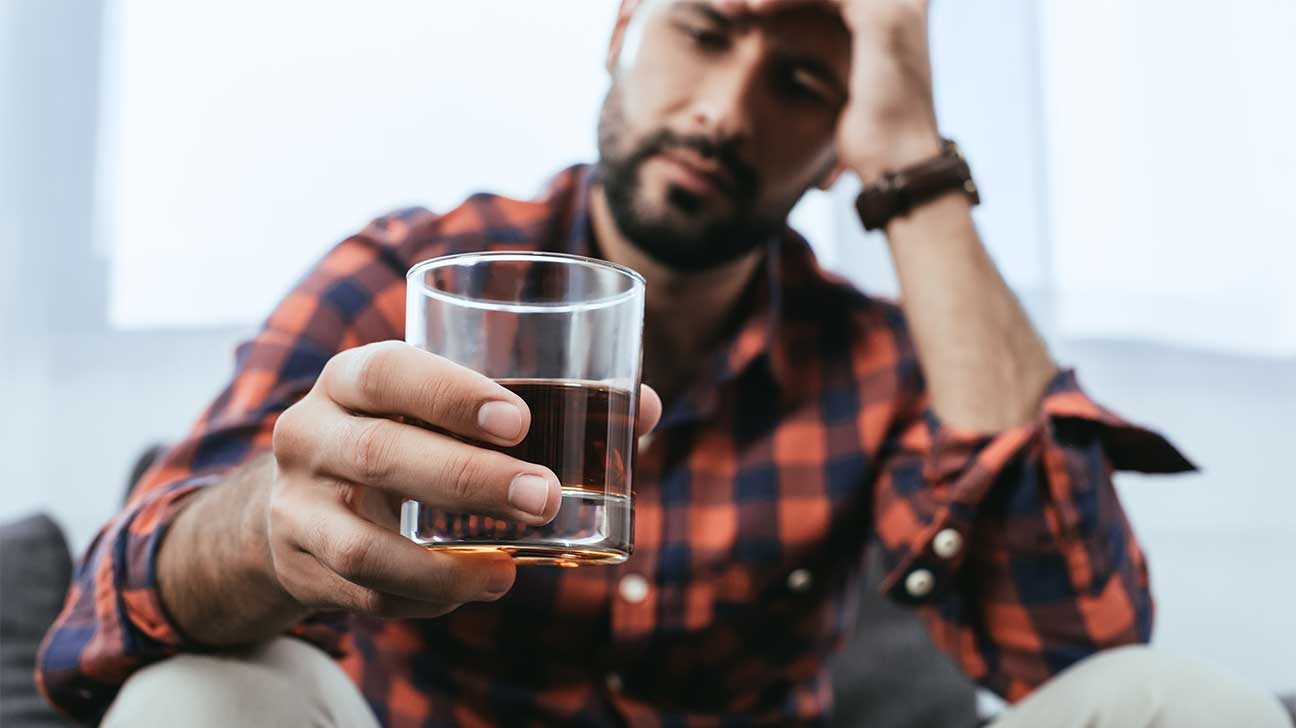 Drinking alcohol regularly can lead to the development of what is known as tolerance. This is when your body becomes tolerant to the effects of alcohol.

Having a high tolerance to alcohol can, for some, be a sign of alcohol abuse, or addiction. It can also lead to a pattern of heavy drinking, which can be dangerous.

Here you will find information on:

Drinking alcohol on a regular basis can cause changes in how your body reacts to alcohol and effects of the substance, including signs of intoxication.

Put simply, this can reduce the effects of intoxication, after drinking the same amount of alcohol as before. For example, you may find that you are able to “hold” your alcohol better than you used to.

What Causes An Alcohol Tolerance?

Tolerance to alcohol generally occurs as a result of changes in how the body metabolizes alcohol following a period of frequent alcohol consumption.

According to the U.S. National Institute on Alcohol Abuse and Alcoholism (NIAAA), there are several different mechanisms for developing tolerance:

This is tolerance that develops due to a more rapid elimination of alcohol from the body.

Metabolic tolerance to alcohol is associated with a specific group of liver enzymes that are activated by chronic drinking.

Functional tolerance is a form of adaptation. This is the body’s way of compensating for alcohol’s disruption to bodily functions and behavior.

The development of tolerance can be hastened by practicing tasks that require hand-eye coordination while under the influence of alcohol.

What Does It Mean To Have A Low Tolerance To Alcohol?

Having a low tolerance to alcohol means that your body is more sensitive to the effects of alcohol than the average person.

You may get drunk more quickly, or feel the effects of alcohol more easily and after drinking smaller amounts than others around you.

What Is Alcohol Intolerance?

Alcohol sensitivity is not quite the same as being intolerant to alcohol. The latter is associated with a more distinct physical reaction to alcohol, which can be mild to severe in nature.

Symptoms such as severe flushing, hives, diarrhea, and stuffy nose after drinking may be a sign of alcohol intolerance, or an alcohol allergy.

Signs Of A High Alcohol Tolerance

People who drink very frequently may develop a high tolerance for alcohol if they continue to increase how much they drink over time.

Signs of a high alcohol tolerance include:

Factors That Can Affect Alcohol Tolerance

Alcohol tolerance can be influenced by a variety of factors. Some of these factors are controllable, while others are biological or genetic in nature.

People in smaller bodies tend to have a greater sensitivity to the effects of alcoholic drinks compared to those in larger bodies.

Changes in drinking behavior, however—such as chronic, heavy drinking—may alter this, as the body develops metabolic or functional tolerance.

Certain health-related factors, such as your physical activity level and other co-occurring health problems, can affect your tolerance to alcohol.

Learn more about whether exercise can affect your alcohol tolerance.

Some research studies have suggested that ethnicity can affect alcohol tolerance. For example, people of certain racial and ethnic backgrounds, particularly people who are East Asian, have a higher prevalence of alcohol sensitivity, due to genetic factors.

Researchers have looked into whether eye color is associated with alcohol tolerance.

While the research is unclear, some studies suggest that people with darker-colored eyes may tend to have a higher alcohol sensitivity on average.

Some research has found that tolerance may be influenced by genetic factors, through a study comparing alcohol tolerance in sons of fathers with alcoholism to sons with nonalcoholic fathers.

On average, women tend to achieve higher blood alcohol concentrations (BACs) than men after drinking the same amount of alcohol.

One reason for this, according to researchers, is because men and women metabolize alcohol differently.

According to the Alcohol Pharmacology Education Partnership at Duke University, this is due to variations in the activity and amount of an enzyme responsible for metabolizing alcohol—alcohol dehydrogenase (ADH).

You are more likely to develop a high tolerance to alcohol if you drink very often and in heavy amounts. This is your body’s way of adapting to heavy drinking.

Risk factors for high tolerance include:

Tolerance is associated with changes in drinking behavior, drinking frequency, as well as the consequences of frequent drinking.

Your tolerance for alcohol can decrease with periods of sobriety, reduced drinking, or following alcohol detoxification (detox).

Learn more about how fast you lose tolerance to alcohol after you stop drinking.

Building a high tolerance to alcohol doesn’t come without its risks. Excessive drinking, or alcohol consumption, can be harmful to physical and mental health.

Dangers of heavy drinking include:

Having a high tolerance to alcohol can also be a sign of an alcohol use disorder, also known as a pattern of alcohol abuse or alcohol addiction.

Studies show that people who have genetically determined tolerance can be at higher risk for alcoholism if there’s a history of it in their immediate family.

Treatment For Alcohol Abuse And Addiction

If you or a loved one are abusing alcohol and unable to cut down on drinking, this may be a sign that it’s time to seek professional help.

Alcohol abuse treatment can come in many forms. Typically this begins with an alcohol detox program, to help you safely withdraw from alcohol under medical supervision.

Get answers to frequently asked questions about alcohol tolerance.

Can Alcohol Tolerance Cause Withdrawal?

No. Alcohol withdrawal symptoms develop if someone who is dependent on alcohol (i.e. has alcohol dependence) stops drinking very suddenly, or goes too long without alcohol.

Tolerance, on the other hand, is a change in the body’s response to alcohol, as a result of frequent, heavy drinking.

There are several factors that can influence sudden changes in a person’s alcohol tolerance.

Learn more about what can cause sudden changes in alcohol tolerance.

How Long Does It Take To Get A Tolerance To Alcohol?

A tolerance to alcohol can develop over the course of several weeks or months.

The exact timeline, however, may depend on a number of factors, including how often you drink, the amount, and other personal and biological factors.

What Are Some Symptoms Of Alcohol Tolerance?

People who develop a higher tolerance to alcohol may drink more and experience less impairment after drinking the same amount as before.

Drinking a high concentration of alcohol, especially on a regular basis, can also cause alcohol dependence. This could lead to alcohol withdrawal symptoms, such as shakiness, sweating, nausea, and vomiting.

Getting Help For Alcohol Abuse Or Addiction

Having a high tolerance for alcohol can be a sign of alcohol use disorder, also known as alcohol abuse or an addiction to alcohol.

If you’re ready to find help for yourself or a loved one, call our helpline today for more information about alcohol abuse treatment options near you.

Medically Reviewed by
Johnelle Smith, M.D on September 2, 2022
Questions About Treatment?
Get confidential help 24/7. Fill out the form below for:
People also read
Drug And Alcohol Tolerance How To Get Help For Alcohol Addiction Signs Of Alcohol Abuse