Alcohol tolerance, developed primarily by the amount of alcohol consumed, can have genetic and potentially DNA-related ties to different ethnicities and races. Gender can also have an effect on alcohol tolerance, since men and women have different amounts of the enzyme necessary to process ethanol. 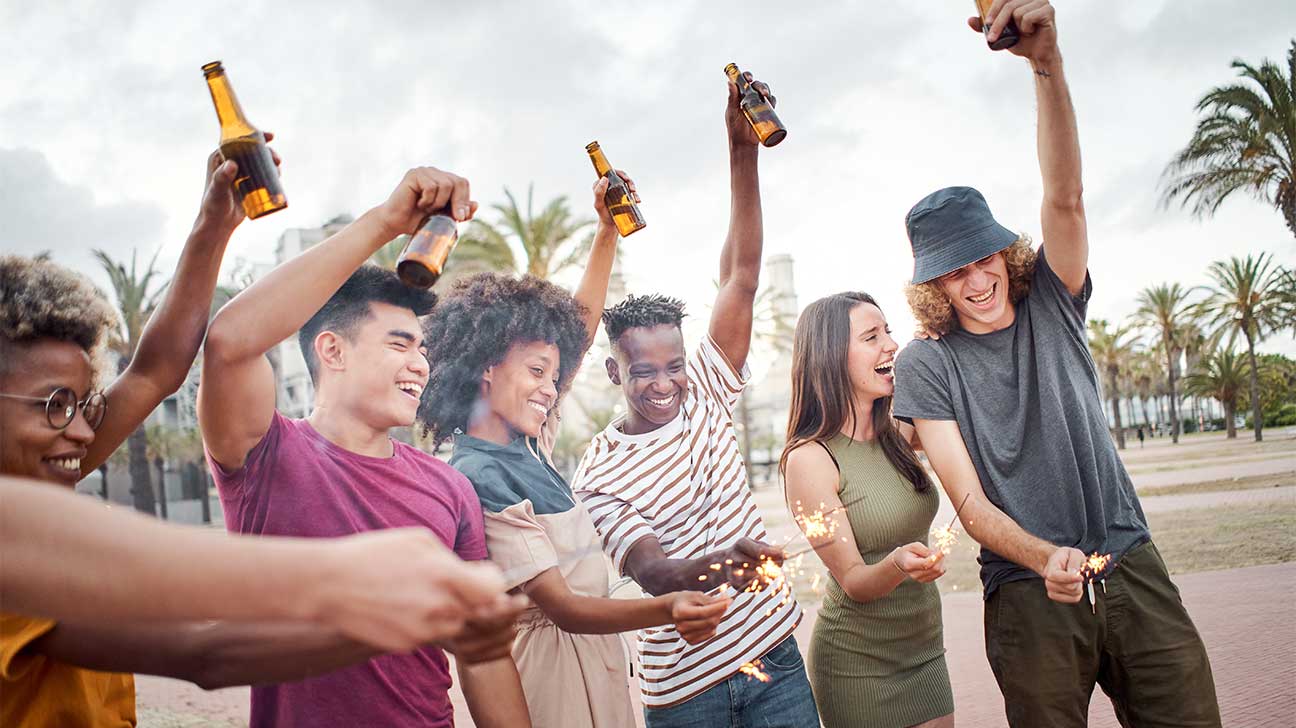 Tentative clinical studies have found different races and ethnicities to have varying levels of alcohol tolerance, although the information collected in these trials still needs to be verified.

The perceived cause of this is the variance in phenotypes of certain enzymes — alcohol dehydrogenase and aldehyde dehydrogenase.

Different ethnicities have different cultural drinking habits that are influenced by historical, circumstantial, and many other factors.

Given these differences, it is evident why some races may be more predisposed to alcohol dependence or higher levels of tolerance than others.

The Link Between Alcohol Tolerance And A Person’s Ethnicity

The link between different demographics and their drinking patterns can offer one explanation for why some members of the general population are in a higher risk category for alcohol abuse.

Additionally, genetic patterns passed down from family members with histories of binge drinking and other alcohol-related problems may also contribute to these differences.

While it would make sense for there to be a genetic causal relationship between alcohol tolerance and biological upbringing, studies show that it may not be as evident as it appears.

General alcohol tolerance may not be transmitted by biological parentage, but intolerance and alcohol sensitivity are.

The prevalence of genetic alcohol sensitivity is only known to be seen in those of East Asian descent.

The acetaldehyde dehydrogenase (ADH) enzyme is the primary enzyme necessary for the liver to process ethanol before it can enter the bloodstream.

When alcohol is processed at a faster rate, the amount of alcohol that can enter the bloodstream is reduced, leading to lessened inebriation and impairment.

Studies show that gender plays a role in the development of alcohol tolerance and the mitigation of the effects of alcohol on the brain.

This is because men naturally produce a greater amount of this ADH enzyme than women do, leading to higher rates of tolerance.

For this reason, men and women, even of the same body weight, will be affected differently by the same amount of alcohol consumption.

The biological and DNA-related makeup of different ethnic groups and demographics show varying levels of tolerance and sensitivity when drinking alcohol.

American Indians and Native Americans share the same genetic sequence in terms of enzyme production, and thus do not have genetically higher levels of alcohol tolerance.

However, due to economic, circumstantial, and historic reasons, Native Americans — including Alaska Natives — have a higher tendency towards heavy drinking than other races do.

A National Survey on Drug Use and Health report from 2013 showed that, per capita, Native American adults had the highest alcohol addiction rate out of any other race at 14.9%.

The same study concluded that Hispanics, including native-born and immigrants in America, had the third-highest alcohol use disorder (AUD) rate at 8.6%.

Asian demographics are a singular outlier to the question of genetic and DNA-related alcohol tolerance.

While this cannot be said to have a direct causal relationship, Asians possess a certain type of DNA strain which increases the percentage chance for genetic alcohol insensitivity.

This DNA sequence, or at least in relation to alcohol use, can mean that Asians generally avoid alcohol consumption more than other races.

For this reason, Asian adults in America constitute the smallest percentage of persons with alcohol use disorder at 4.6% per sample size, which may equate to low alcohol tolerance as well.

A study performed by the National Institute on Alcohol Abuse and Alcoholism (NIAAA) showed that Caucasians have the highest chance of developing alcohol dependence.

According to a demographic survey conducted in 2019, Caucasians constitute 71.77% of the American population.

Since this number is roughly triple the collective population count of other minorities, there exists a significant number of factors that contribute to alcohol tolerance collection data.

While Caucasians have the highest drinking rates, they do not have as many genetic differences compared to most other races, and also do not develop the greatest number of AUDs.

African American males have higher binge-drinking rates than most other races, coming in at 19.88% percent versus the Caucasian rate of 18.51%.

Binge drinking can lead to a quickly increased metabolic tolerance, or the way your body processes alcohol, as well as a functional tolerance, which allows people to drink heavily without showing signs of it.

However, these numbers still fall short of the Native American binge drinking rates, with this demographic coming in at 21.63% for males, per a 2001-2002 NIAAA study.

These statistics, though, do not directly point to any higher genetic tolerance than other races, nor any increased response to alcohol sensitivity.

Which Race Has The Highest Alcohol Tolerance?

There is no particular race that has the highest alcohol tolerance, only races that may be circumstantially predisposed to higher rates of alcoholism than others.

What Are The Risks Of High Alcohol Tolerance?

There are a number of health risk factors and potential complications associated with having a high tolerance.

The more you drink, the more you want to drink, which bolsters the buildup of alcohol tolerance, and increases the chances of developing an AUD.

Some of these risks include:

Treatment Programs For Alcohol Use Disorder

Fortunately, there are a number of treatment programs designed to effectively treat people with alcohol use disorders and facilitate recovery.

Some of these alcohol treatment programs include:

Find Addiction Treatment Services Near You

If you or a loved one are searching for addiction treatment services, call our helpline to discuss obtaining a free referral to a rehab center near you.