How Long Does Heroin Stay In Your Blood?

Heroin use may be detected by collecting and analyzing samples of a person’s blood. Heroin can be detected in the blood for up to six hours. 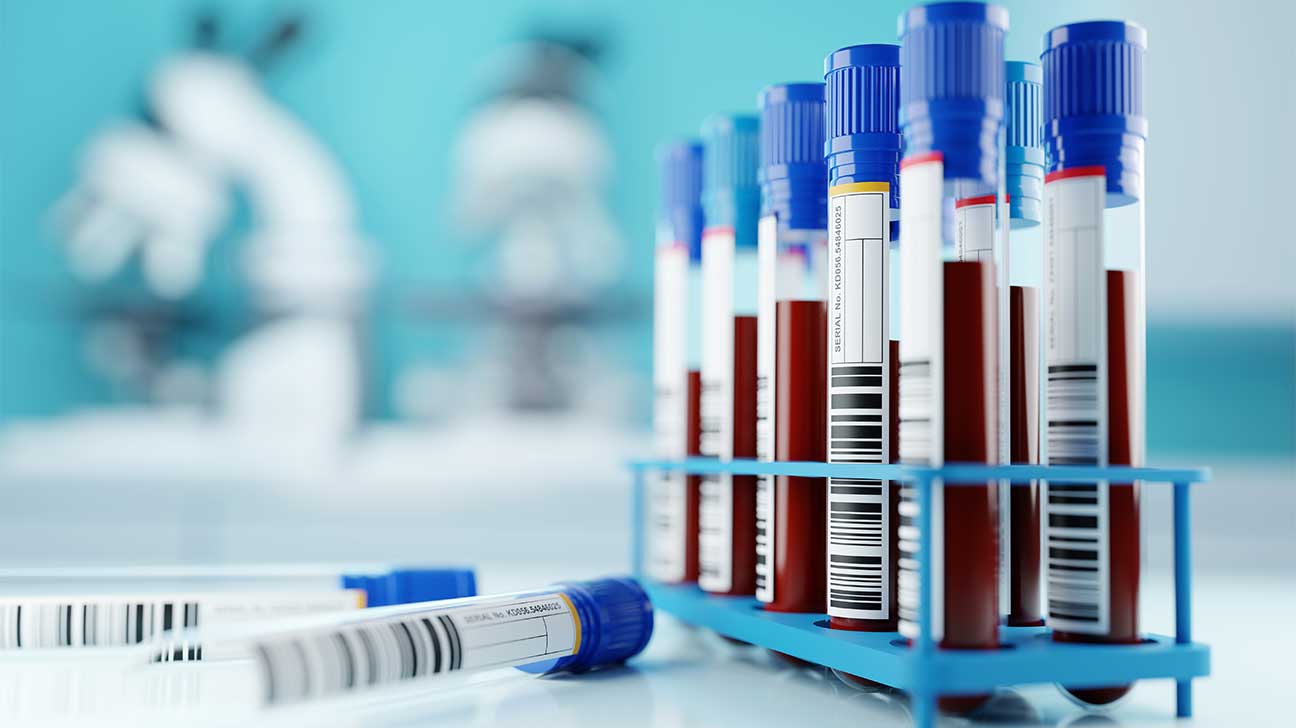 Heroin use can be detected through the collection and analysis of blood samples. Blood tests are one of several testing methods approved by the U.S. Food and Drug Administration (FDA) to test for illicit drug use.

Hundreds of thousands of people in the United States report using heroin each year. Heroin is an addictive, illicit opioid drug that is illegal to use and possess in the U.S.

Heroin is rapidly metabolized in the body. This can make it difficult for drug tests to detect heroin use, particularly in blood screenings.

Active metabolites in heroin can be detected in the blood for up to six hours, on average.

The amount of time heroin can be detected in the blood can vary depending on the frequency of heroin use, amount used, and other personal factors.

How Do Blood Tests Detect Heroin Use?

Heroin can be detected in the blood through a 6-AM immunoassay test. This type of test screens for the metabolite, 6-acetyl-morphine.

This is one of several substances that heroin can be broken down into when metabolized in the body.

Heroin is derived from the natural opiate, morphine. Street heroin can also contain acetylcodeine, which metabolizes to codeine in the body.

For this reason, people who use heroin may test positive for codeine use and morphine use.

Heroin itself has a very short half-life. This means it is metabolized in the body very quickly. Blood tests can detect heroin use for a shorter length of time than urine, oral fluid, and hair follicle tests.

Can You Get A False Positive Result For Heroin?

It’s possible to receive a false positive result when getting tested for heroin. Heroin use is detected by screening for indicators that can also show up after ingesting morphine or codeine.

The immunoassay blood screening, however, is believed to be sensitive enough to distinguish between heroin use and the use of other opiates.

Blood tests may be useful for detecting heroin use following a motor vehicle accident or overdose for quick results.

Eating a lot of unwashed poppy seeds can also cause a false positive for opiate use. Opiate and opioid drugs are derived from the seeds of the opium poppy plant.

Poppy seeds that aren’t suitably washed can contain trace amounts of morphine and codeine, and may therefore be detectable when consumed in sufficient amounts.

Why Drug Tests Are Used

Drug screenings can be ordered by an employer, healthcare provider, or judge. A drug test may be ordered for random testing, drug monitoring, or due to suspicion of illicit drug use.

Why drug tests may be ordered:

Factors That Affect How Long Heroin Stays In Blood

Heroin is rapidly metabolized in the body and is therefore unable to be detected in the blood for longer than five to six hours.

The actual detection of heroin in the blood may vary according to biological, hereditary, and personal factors.

Factors that can affect drug detection times include:

People who use multiple drugs or have chronic substance abuse issues can have heroin detectable in their systems for a longer period of time.

This is because of how the body can adapt to the use of these drugs over time and metabolize them differently than it might in the case of using a drug just once.

How To Get Heroin Out Of The System

Heroin is a fast-acting drug that can cause euphoric effects within seconds to minutes after use.

The effects of heroin can be highly sought by people with opioid dependence, a history of drug addiction, and chronic pain.

If you’re addicted to heroin and want to get heroin out of your system, do not stop taking heroin all at once. This can cause heroin withdrawal symptoms.

In addition, people who detox from heroin, then return to their drug use are at high risk for fatal drug overdose.

Use of heroin can be a sign of drug abuse and addiction, which may require professional treatment to overcome.

If you or a loved one are addicted to heroin: treatment is available.

Heroin addiction can be treated through inpatient and outpatient treatment programs, which often utilize medications like methadone and buprenorphine as well as behavioral therapy.

Overcoming an addiction to heroin is possible. Call our helpline today to learn how heroin addiction is treated and how to find a treatment center for addiction near you.