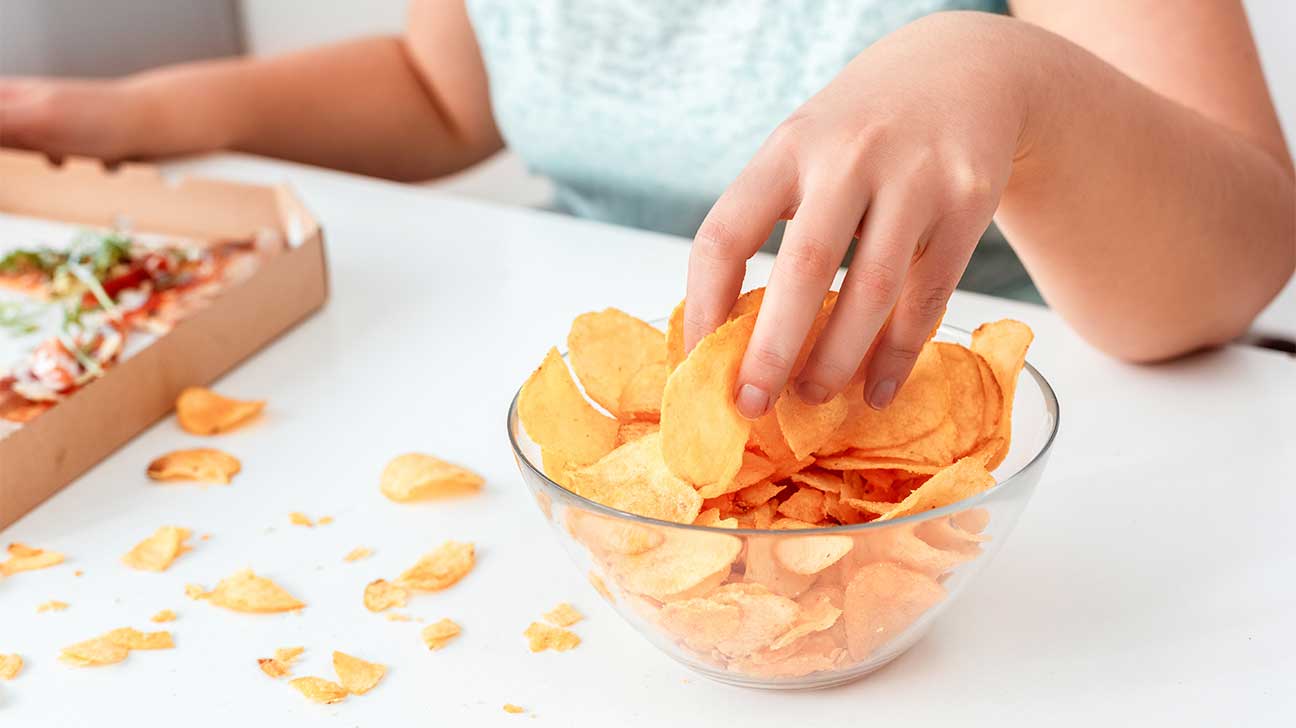 Because this disorder is so closely tied to mental health, it is also not uncommon to find it co-occurring alongside substance abuse.

Treating both disorders together helps address any underlying issues that might be a cause for relapse later on.

What Is Binge Eating Disorder?

Binge eating disorder is an eating disorder where a person binges without purging. They lose control over their overeating and, as a result, most people who have this disorder are overweight and even obese.

Binge eating disorder can happen to anyone, although women still account for more than half of all diagnosed cases.

Most experts agree that binge eating disorder, like other eating disorders, centers around a person’s desire to control food as a means of coping with overwhelming emotions.

People with eating disorders tend to have low self-esteem and negative body images. Their feelings of self-worth are heavily tied to their relationship with food and their weight.

When they are unable to control their urges, it leads to a great sense of shame and guilt afterwards. It becomes a cycle that is extremely difficult to get out of.

The main symptom of binge eating disorder is overeating but it is much more complicated than that.

Symptoms of binge eating disorder include:

At first glance, binge eating disorder may not seem as serious as anorexia or bulimia because someone who has it is not starving or doing physical harm to their body through purging. This is not the case.

If left untreated, binge eating disorder can go on for years and lead to very serious health conditions like diabetes and heart disease, as well as increase a person’s risk for suicide.

The Relationship Between Addiction And Binge Eating Disorder

Binge eating disorder is rarely found on its own without other co-occurring conditions. When you consider the other conditions that it is commonly found with, there is an obvious pattern for needing to maintain a certain sense of control.

People with a substance use disorder and binge eating disorder most often tend to abuse alcohol.

This is likely because alcohol is the only drug that can serve as a food substitute and also because people often drink and eat in the same setting.

How Are Addiction And Binge Eating Disorder Diagnosed?

Diagnosis for addiction and binge eating disorder will usually require both a physical and psychiatric evaluation. Tests will also likely be run on the heart and other vital organs to determine the extent of any physical damage.

Urine and blood tests will also likely be run, not as a diagnostic tool for addiction, but as a monitoring tool used as part of the recovery process.

How Are Addiction And Binge Eating Disorder Treated?

It’s very important that any co-occurring substance abuse is also treated during this time.

Effective treatments for addiction and binge eating disorder include:

These types of therapy can be effective because they tend to focus on coping strategies as a person deals with emotions that are overwhelming.

If someone with both addiction and binge eating disorder does not address any underlying self-esteem or self-worth issues, then substance use and overeating could remain their most relied-on coping mechanisms.

Addiction and binge eating disorder are both very serious health conditions that should never be ignored. Fortunately, recovery is possible for both.

By calling our helpline we can help you find:

No matter what kind of treatment you are looking for, we can work with you and your family to create an individualized plan that works.

Give us a call for more information or for help finding a dual diagnosis treatment program near you.