Bulimia nervosa is a serious eating disorder in which a person is known to binge and purge repeatedly. When bulimia occurs along with substance abuse, it is important to treat both conditions together with dual diagnosis treatment. 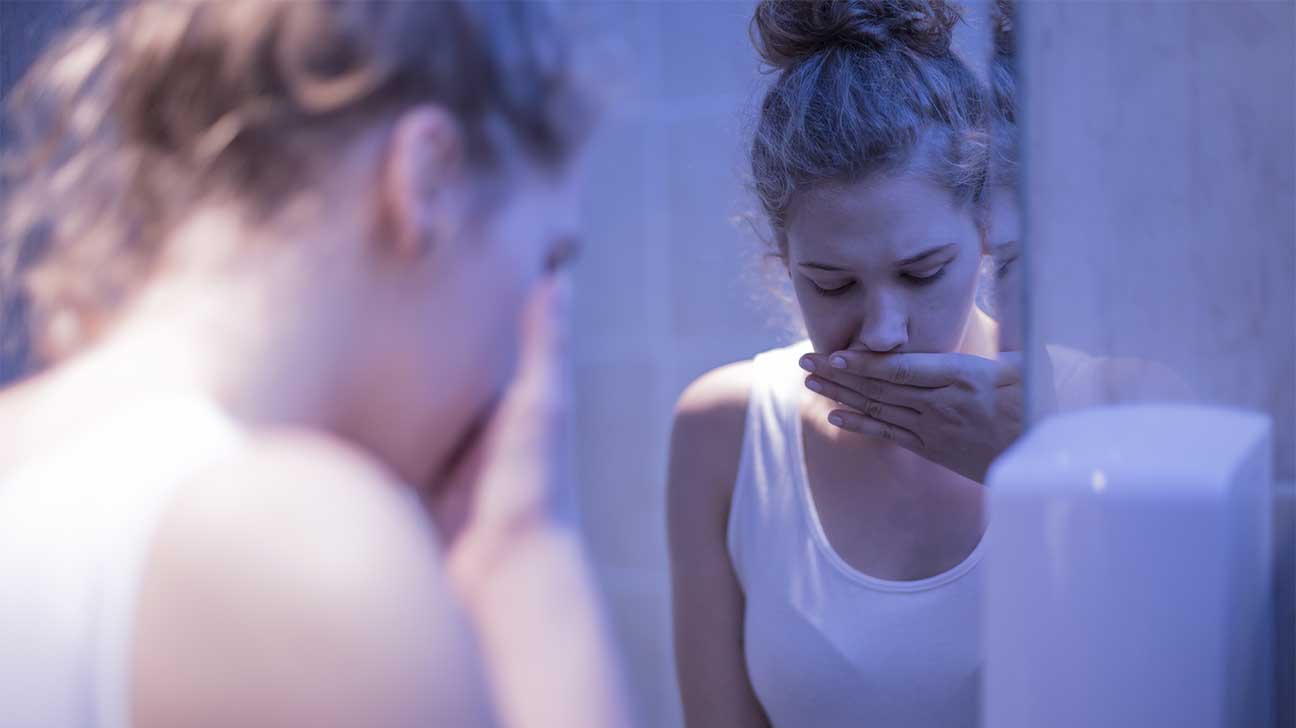 Bulimia nervosa, more commonly referred to simply as bulimia, is a serious eating disorder that will affect up to 4% of women during their lifetime.

It has often been said that eating disorders are like addictions in themselves because the people who suffer from them are compulsive and relentless with their pursuit to lose weight.

While an eating disorder is not actually an addiction, it is often found co-occurring with drug addiction or alcohol abuse.

When addiction and bulimia occur together in the same person, it can be extremely dangerous.

What Is Bulimia Nervosa?

Bulimia is recognized as an eating disorder in which a person is caught in a constant cycle of binging and purging.

They will find themselves overeating, feeling bad about themselves for overeating, and then engaging in dangerous behaviors to lose the weight again quickly.

Behaviors associated with bulimia nervosa include:

Someone with bulimia typically has a very low sense of self-worth and will frequently struggle with feelings of guilt and shame.

Purging is an attempt to compensate for the negative feelings that come about from overeating, but these unhealthy habits tend to make things worse.

Although caught in an endless cycle of binging and purging, someone who has bulimia is actually most likely of normal weight, though they can be slightly underweight or overweight.

Bulimia is a disorder that will affect someone both mentally and physically. In fact, it can cause a great amount of physical harm to a person’s body in a relatively short period of time.

Symptoms of bulimia nervosa include:

Not only can bulimia be mentally debilitating, but, when left untreated, it can be fatal as well.

Long-term bulimia can lead to serious heart problems, with cardiac arrest being one of the most common causes of death from it.

The Relationship Between Addiction And Bulimia Nervosa

Bulimia rarely manifests on its own and can usually be found co-occurring with other conditions.

Conditions that commonly co-occur with bulimia include:

People with both substance use disorders and bulimia tend to abuse alcohol or stimulants, which is a class of drug that includes cocaine and methamphetamines.

People With Bulimia May Use Drugs And Alcohol To Cope

Oftentimes, drugs and alcohol will act as food substitutes for those with bulimia.

Why does bulimia commonly occur alongside substance abuse disorders? Alcohol and drugs are most likely used as a way to cope with the stress of the disorder.

However, stimulants are also known to be appetite suppressants, so they may become part of the purging process.

How Many People Have Both Bulimia And Addiction?

It has been estimated that up to 50% of those with an eating disorder have also abused illicit drugs or alcohol.

Suffering from both of these conditions simultaneously can be devastating for both the individual and their loved ones.

How Are Addiction And Bulimia Nervosa Diagnosed?

Bulimia shares characteristics with other eating disorders, so it is important to determine specifically which one the patient is afflicted with.

A physician will also likely run extensive physical testing to determine what kinds of and how much damage has already been done.

It is very important that a physician is aware when a patient has both an eating disorder and substance use disorder.

Not only will it help determine courses of psychiatric and medical treatment, but it will also determine which medications are safe to give.

How Are Addiction And Bulimia Nervosa Treated?

Both alcohol and drug addiction and bulimia are potentially life-threatening disorders, so it is important to treat them right the first time.

This generally means treating them at the same time, as the other will not go away if only one disorder is addressed.

Multiple types of therapies have been found to be successful when treating addiction and bulimia in unison.

Therapies used to treat drug and alcohol addiction and bulimia nervosa include:

While bulimia and addiction are both difficult conditions to address, there is hope for those who seek treatment. In fact, many people are able to recover and lead comfortable and happy lives.

If you or a loved one is currently suffering from addiction and bulimia at the same time, consider taking the first steps today towards getting the help that you need.

Dual diagnosis treatment can be incredibly effective, and by calling our helpline we can get you connected to a substance treatment center in your area.