Fentanyl and cocaine are both drugs that come with a lot of potential dangers and risks when taken on their own. Cocaine that is laced with fentanyl is even more dangerous and is becoming increasingly more common on the streets. 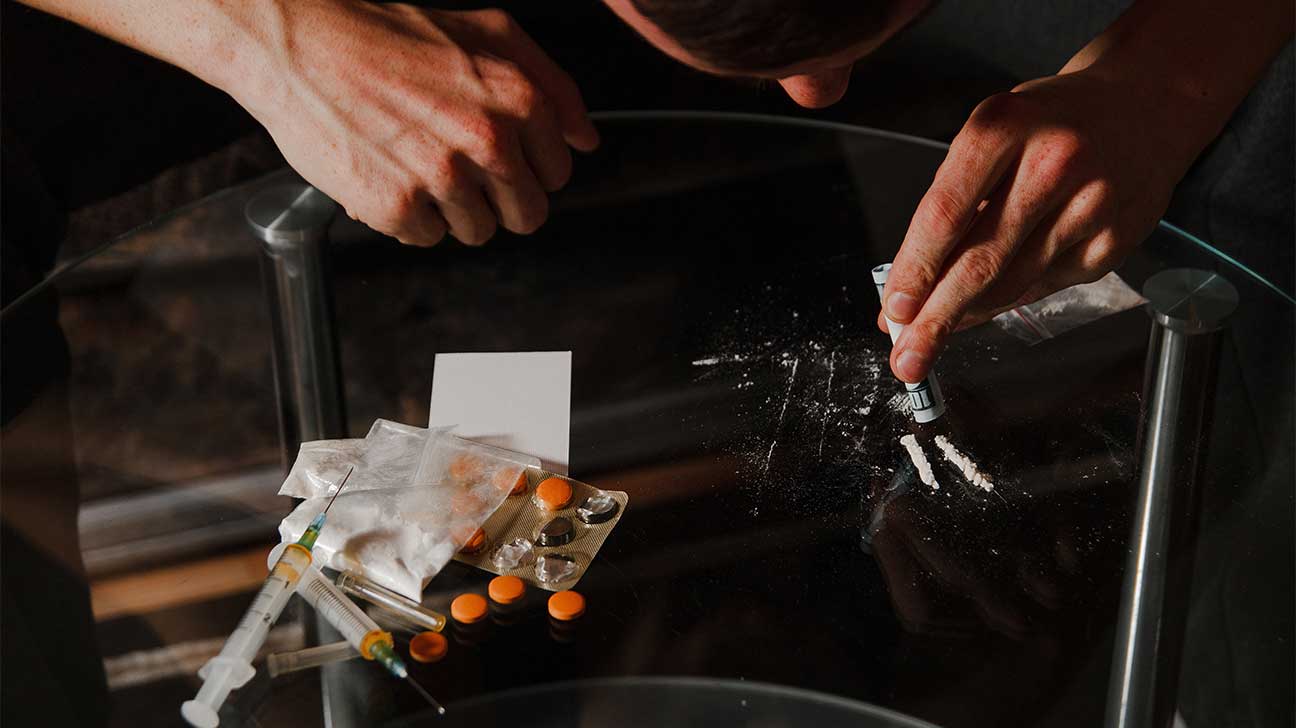 Fentanyl is used medically for severe pain and chronic pain but is also known for producing euphoria, relaxation, and sedation.

There are a number of drug interactions with fentanyl and cocaine that may occur when the two substances are taken together.

The fact that fentanyl is becoming more commonplace in drugs bought on the street has led to a serious opioid crisis and opioid epidemic in the United States.

Unfortunately, the risk of overdose is climbing, and fatal overdoses from fentanyl have become one of the leading causes of death in America.

The Financial Appeal Of Fentanyl-Laced Cocaine

A drug dealer who is able to sell a cheap, strong, and addictive product will keep their customers coming back regularly to buy more and spend more.

Cocaine is more expensive than fentanyl, so cutting cocaine with fentanyl allows the drug dealer to bulk up their product and make more money off of it.

Fentanyl is also widely available, making it easily accessible as a cutting agent. It also looks very similar to cocaine in physical appearance.

Unlike some cutting agents, which will dilute cocaine, fentanyl instead makes the cocaine even stronger and more potent and creates a more intense high.

Some people may even seek out cocaine that has been laced with fentanyl because they enjoy the intensity of the high it creates.

Cocaine and fentanyl are both quite addictive on their own, and when used together they will amplify each other’s addictive effects.

It is possible that a drug dealer would lace their product with fentanyl as a means of getting their customers addicted and spending more money.

The Risks Of Fentanyl-Laced Cocaine

Cocaine use comes with its own risks, and these risks and dangers increase exponentially when the cocaine in use is laced with fentanyl.

While some might think that the opposing effects of cocaine and fentanyl drug use might balance or cancel each other out, this is not the case.

Someone expecting to feel a rush of energy and hyperactivity from cocaine may be surprised to instead find themselves relaxed and drowsy from fentanyl.

It takes a very small amount of fentanyl to trigger a drug overdose, as little as two or three milligrams for an average-sized adult.

While cocaine overdoses are not very common, cocaine that has fentanyl in it is much more likely to cause an overdose.

Being able to recognize the symptoms of a fentanyl overdose could potentially save someone’s life.

Someone who is overdosing on fentanyl may exhibit one or more of the following symptoms.

If you witness someone experiencing a fentanyl overdose, it is very important to call for emergency medical services immediately and wait with the person until they arrive.

If you have Narcan (naloxone) on hand and know how to use it, you can administer a dose while you wait for emergency services to arrive.

Narcan is a fentanyl overdose antidote that can save someone’s life if given quickly.

While cocaine is one of the street drugs that is most commonly laced with fentanyl, it is far from the only one that possesses potential danger.

Heroin and fentanyl are extremely difficult to tell apart in powder form. As a natural opiate, heroin also has similar effects to fentanyl, though much less potent.

Methamphetamine is a synthetic stimulant that can be crushed up and snorted, as well as smoked or injected. It is also another drug that is sometimes known to be laced with fentanyl.

Fentanyl-laced meth can lead to a range of dangerous side effects and overdose death.

Oxycodone is another type of prescription opioid, though it is much less potent than fentanyl. Oxycodone laced with fentanyl is found in pill form.

When counterfeit pills of Xanax are sold on the street, they are often found to contain adulterants and cutting agents such as fentanyl.

Xanax and fentanyl mixed together can result in physically and psychologically harmful side effects.

Fentanyl is not the only dangerous adulterant that is found as a cutting agent in different illicit drugs.

Carfentanil is a synthetic opioid that is 100 times more potent than fentanyl. Its intended use is as a tranquilizer for large animals such as elephants.

Levamisole is a medication that is typically used to treat parasitic worm infections but is also found as an adulterant in cocaine.

The following are questions that are frequently asked about fentanyl abuse and mixing cocaine with fentanyl.

What Percentage Of The Illegal Drug Supply In The United States Has Been Contaminated With Fentanyl?

A recent analysis by the United States Drug Enforcement Administration (DEA) found that 42% of counterfeit pills tested for fentanyl contained the drug.

There are many ways to identify fentanyl in counterfeit pills or in other forms.

What Makes The Combination Of Cocaine And Fentanyl So Dangerous?

Cocaine and fentanyl are dangerous because they look almost identical in powder form, while fentanyl is extremely potent compared to cocaine.

Due to their counteracting effects on the body, it becomes increasingly easy for people to overdose when using both of these substances together.

How Many Fentanyl-Related Overdose Deaths Occur In The United States Each Year?

According to the Centers for Disease Control and Prevention (CDC), last year about 56,000 people died from synthetic opioid overdoses in 2020 and this number is on the rise.

Where Can I Receive Naloxone (Narcan) Administration Training?

In-person naloxone training can be found through local private and public health care agencies. Training is also available online through the CDC.

If you, one of your family members, or loved ones are currently living with an opioid addiction or substance abuse disorder, know that you are not alone.

Please do not hesitate to call our helpline. We can answer any questions that you have or help you get started at an addiction treatment center nearby.