Fentanyl is a potent opioid that is often found as a cutting agent or lacing agent in other drugs and substances. While marijuana is not a drug that is likely to be laced with fentanyl, there is still potential for cross-contamination and other dangers. 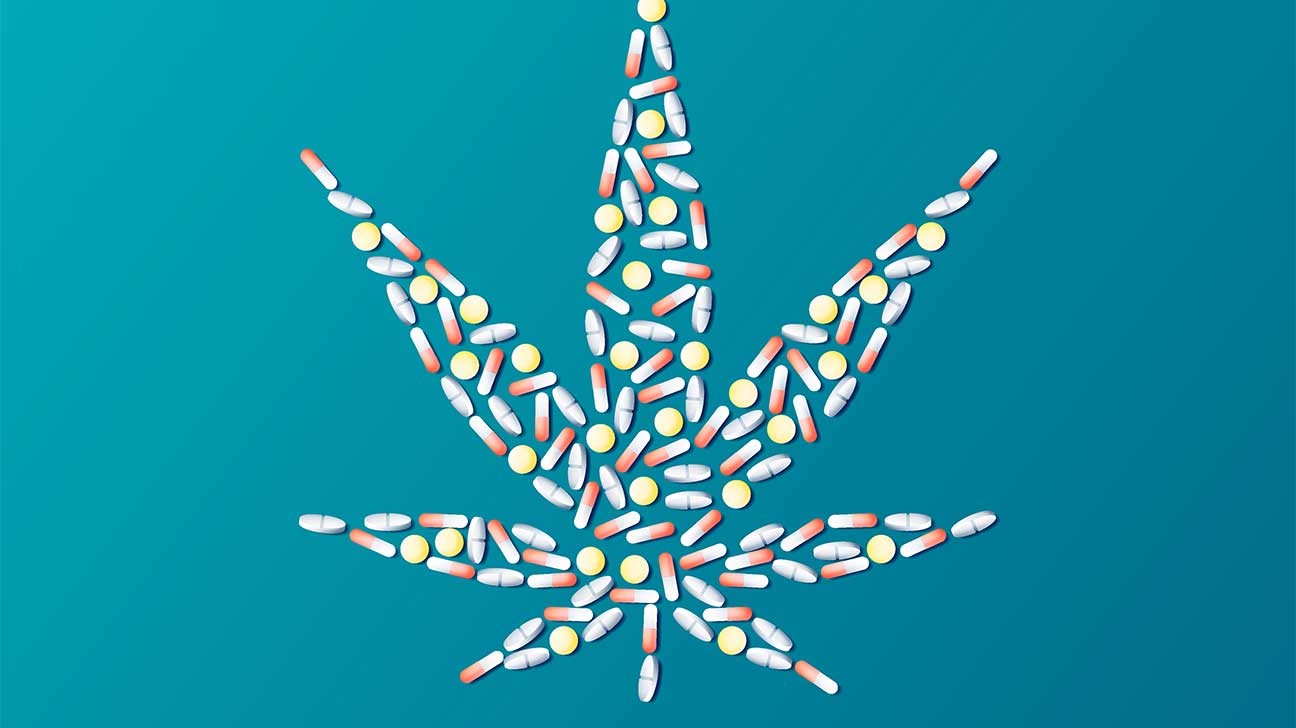 Fentanyl is a synthetic opioid that has been known to be used as a cutting agent or lacing agent in drugs and medications that are found on the street.

Drugs that are most commonly laced with fentanyl are cocaine, heroin, Xanax, and methamphetamine, although there have been rumors of marijuana being laced with it as well.

Both fentanyl and marijuana are central nervous system depressants that decrease a person’s heart rate and lower blood pressure, and using them together is not considered safe.

When fentanyl is mixed with other drugs, it may raise the risk of overdose.

You have likely read about the opioid crisis in the United States in the news or on social media. Fentanyl-laced drugs play a large role in this public health crisis.

At this point in time, however, there is no clear evidence of fentanyl-laced marijuana beyond rumors and urban legends.

It would be very difficult to hide fentanyl in marijuana and there has never been a laboratory-confirmed case of fentanyl-laced marijuana.

However, while fentanyl-laced marijuana is unlikely, it is still a possibility and it is always better to be safe than sorry.

Fentanyl is more expensive than marijuana, so it does not make sense for a drug dealer to lace their product with fentanyl as a way to make more money.

It is possible that a person or drug dealer handling both marijuana and fentanyl could accidentally contaminate the marijuana with fentanyl.

Smoking marijuana that is contaminated with fentanyl could be dangerous, as it only takes a small amount of fentanyl to overdose.

Other Cases Of Hidden Fentanyl

Fentanyl is far more likely to be hidden or used as a cutting agent in street drugs that resemble it in physical appearances, such as cocaine, other opioids, or heroin, which is a natural opiate.

Fentanyl can also be found in counterfeit versions of prescription pills that are sold on the street, such as Xanax pills or Adderall pills.

The Risks Of Hidden Fentanyl

When fentanyl is hidden in other drugs it can cause a number of problems, most significantly it can increase a person’s risk for addiction and overdose.

Fentanyl is a highly addictive drug and using it frequently, even if unintentionally, can result in addiction and dependence.

When a person becomes dependent on a drug such as fentanyl, they will need to continue using it in order to feel stable and normal.

While marijuana addiction is generally not considered a severe type of drug addiction, it can be much more dangerous when fentanyl is involved in marijuana use.

Overdose is one of the biggest dangers of fentanyl use. It is not hard to overdose on fentanyl because a lethal dose of fentanyl can be as small as two or three milligrams.

This is especially true when a person is not even aware that they are taking fentanyl and thus has no control over how much of it they take.

Identifying Fentanyl In Other Drugs

Because a person can easily overdose on fentanyl from a single high dose, it has become increasingly important to be able to identify fentanyl in other drugs.

Rapid result fentanyl test strips are now available to test for the presence of fentanyl in illicit drugs or medications.

A small sample of the drug can be dissolved in water, and then tested with one of these strips.

Getting Help With Fentanyl Addiction

It is usually not recommended that a person try to overcome an addiction to opioids on their own. While withdrawal side effects are not life-threatening, they can be very uncomfortable.

It is also very important that a person living with addiction address their mental health in addition to their substance use disorder.

Treatment always begins with detoxification, allowing a person to get clean and sober in a safe and comfortable environment with constant medical supervision and care available.

Medical detoxification is usually preferable with opioid addictions, but an observational fentanyl detox is an option as well.

After medical detox, a person then usually follows up in either inpatient or outpatient treatment. There are also intensive outpatient programs and partial hospitalization programs available.

Regardless of the level of care chosen, a person can expect to be exposed to a variety of therapy types, as well as have the option for medication-assisted treatment (MAT).

The types of holistic treatment options offered can vary and may include adventure therapy, wellness education, yoga and meditation, and art therapy.

There are also faith-based rehab centers for people who want to embrace the role of spirituality during their addiction recovery program.

Here are a few questions that are commonly asked about the combination of marijuana and fentanyl.

Is Combining Opioids And Weed Dangerous?

Opioids and weed both act as depressants to the central nervous system, and using them together can decrease brain function to dangerous levels and increase the risk of overdose.

What Other Drugs Should I Avoid Combining With Marijuana?

Marijuana should be avoided with all opioids, as well as while taking benzodiazepines, beta-blockers, antipsychotic medications, and SSRIs.

What Can I Do To Avoid Drugs Laced With Fentanyl?

To avoid fentanyl-laced drugs, you may want to use fentanyl testing strips, or avoid drugs and substances that are especially known to be laced with fentanyl.

In terms of marijuana, only purchasing weed from credible dispensaries can be considered safe.

Is There An Antidote For Fentanyl Overdose?

There is an antidote for fentanyl and other opioid overdoses called naloxone, which comes in the brand name Narcan as a nasal spray.

This medication works by blocking opioid receptors in the brain, but it must be administered quickly, as a fentanyl overdose can progress very quickly.

While some studies have shown that smoking weed or eating edibles may exacerbate mental health issues, there are no known deaths associated with cannabis use.

Marijuana use can have law enforcement ramifications, particularly if used while driving or in states where legalization has not occurred yet.

If you or a loved one is currently living with a substance abuse disorder and considering professional addiction treatment, help is available.

There is no shame in seeking help, and we can assist you in finding a quality rehab program in your area. Call our helpline today.