Fentanyl is a potent synthetic opioid that comes in a white powdery form that allows it to be easily hidden within other illicit drugs. One illicit stimulant that is sometimes found to have fentanyl in it is methamphetamine, which increases the risk of overdose. 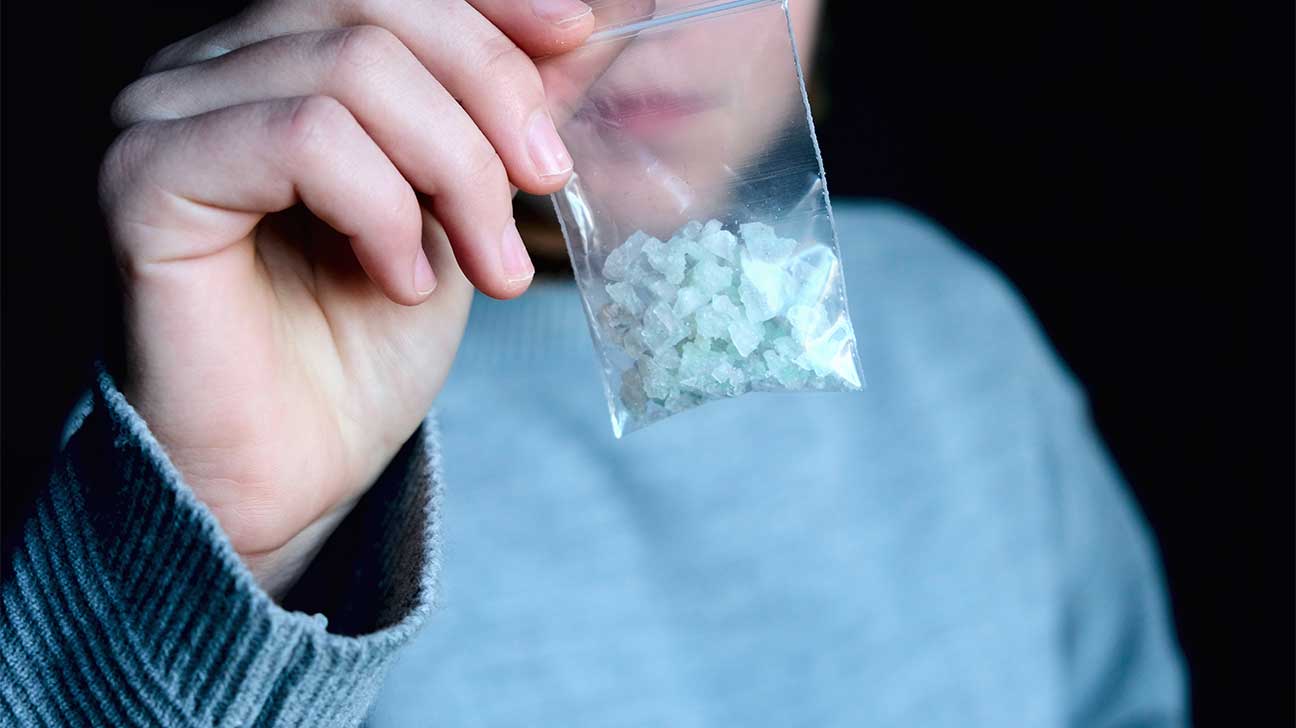 As a powerful synthetic opioid, fentanyl is most often used in treating severe pain and chronic pain, such as the kind of pain associated with cancer.

Methamphetamine, on the other hand, is a synthetic stimulant that is most commonly smoked but can also be injected or snorted.

The prevalence of illicit drugs, such as meth, that are laced with fentanyl is on the steady rise. As a result, unfortunately, so are opioid-involved overdose deaths.

Fentanyl drug interactions may induce both physical and psychological side effects.

Why Does Fentanyl-Laced Meth Exist?

Fentanyl is commonly used as a cutting agent in illicit drugs because it is cheap and widely available. It is also generally easy to hide it within other substances during drug trafficking.

While some drugs are cut with fentanyl as a means of making the drug dealer more money by bulking up their product, methamphetamine is already one of the more inexpensive drugs.

In the case of meth, it is more likely to be laced with fentanyl as a way of raising its potency and increasing the length and intensity of the high.

The Risks Of Using Fentanyl-Laced Meth

Using fentanyl-laced meth comes with many risks, including severe side effects and an increased possibility of drug overdose death.

Fentanyl is a depressant while methamphetamine is a stimulant, meaning that they have very different effects and side effects.

These opposing effects do not balance each other out, however, but actually can intensify them and increase the potential dangers involved.

According to a study published in the Morbidity and Mortality Weekly Report (MMWR) found on CDC.gov, fentanyl is involved in more than 50% of opioid overdose deaths.

Furthermore, this study found that of fentanyl-related overdose deaths, more than 50% were also found to have other illicit drugs in their systems, such as meth, cocaine, or heroin.

An opioid overdose can progress very quickly and it is important to be able to recognize the symptoms of a fentanyl overdose.

An opioid overdose can be treated with a drug called naloxone, which comes in a nasal spray in the brand name Narcan. This nasal spray is frequently carried by law enforcement now.

This life-saving opioid overdose antidote works by blocking opioid receptors in the brain. It only works temporarily, however, and usually lasts between 30 and 90 minutes.

It is important to note that while naloxone can prevent immediate overdose deaths, emergency healthcare providers should still always be called in the event of an overdose.

Other Examples Of Drugs Commonly Laced With Fentanyl

Methamphetamine is not the only type of illicit drug or medication that is commonly found to be laced with fentanyl.

Cocaine is one of the most common drugs that is laced with fentanyl because the two drugs are almost identical to each other in powder form.

Cocaine-laced fentanyl is known to cause a range of side effects and can result in a deadly overdose.

Heroin, an opiate with similar but much less potent effects to fentanyl, is also commonly laced with fentanyl as it also comes in a white powder form.

Fentanyl is typically mixed with heroin to increase profit margins for drug dealers.

Fentanyl is also commonly hidden in prescription pills that are bought on the street. This can include other, much more mild prescription opioids such as oxycodone.

Xanax is another popular prescription medication that is commonly found to contain fentanyl when bought and sold on the street.

Anyone who is purchasing street drugs should use caution and be aware of the dangers involved with illicit drug use.

Fake pills are not easy to spot but may appear extra soft or crumble in places. If the packaging is available, there may be misspellings or misprints in the text.

It can be virtually impossible to identify the presence of fentanyl in drugs that come in powder form, however.

These testing strips can detect the presence of fentanyl in another substance after a small amount has been dissolved in water.

The best way to avoid dangerous drug interactions is to abstain from using them altogether. However, this is not always possible and is usually easier said than done.

Abstinence can be difficult for most people to achieve on their own, but professional addiction treatment and detox can help.

Opioid addiction is difficult to overcome without professional help, and many people who try find themselves in a constant cycle of withdrawal and relapse.

It is very important for anyone entering addiction treatment to address any issues in their mental health or behavioral health as well.

Fentanyl detox is a way for people to go through withdrawal from opioid use safely while avoiding many of the difficult symptoms of withdrawal and avoiding relapse more successfully.

These medications must also be used with caution, however, as they can be addictive in themselves.

FAQs For The Dangers Of Fentanyl-Laced Meth

Here are some of the questions that are commonly asked about the dangers and risks of fentanyl-laced methamphetamine use.

Is Fentanyl-Laced Meth More Dangerous If It’s Injected Or Smoked?

Fentanyl-laced meth is more dangerous when injected because it enters the bloodstream directly and at a much faster rate than when smoked.

Should I Do CPR If Someone Is Overdosing On Fentanyl-Laced Methamphetamine?

You can perform CPR if you have the knowledge and training to do so. Most states have Good Samaritan laws in place to protect you in case of accidental harm or injury.

What Medications Are Best For Withdrawal From Fentanyl-Laced Meth?

Opioid replacement therapy medications are usually best when it comes to treating withdrawal from opioids. These medications can include methadone and buprenorphine.

Overcoming a substance abuse disorder can seem intimidating or daunting, but many times professional addiction treatment can make all the difference.

Whether you’re in New York or Oregon, please consider giving our helpline a call when you or your loved one is ready to get started, and we can help you locate a quality rehab center.

Home > Fentanyl > Drug Interactions > Meth
Questions About Treatment?
Get confidential help 24/7. Fill out the form below for:
People also read
Fentanyl Withdrawal: Signs, Timeline, And Treatment Fentanyl Transdermal Patch: Uses And Risks How Does Fentanyl Interact With Other Drugs?