Fentanyl is a synthetic opioid that is often counterfeited as prescription opioids and other fake drugs. It can be identified in various ways including fentanyl test strips and by its physical appearance. 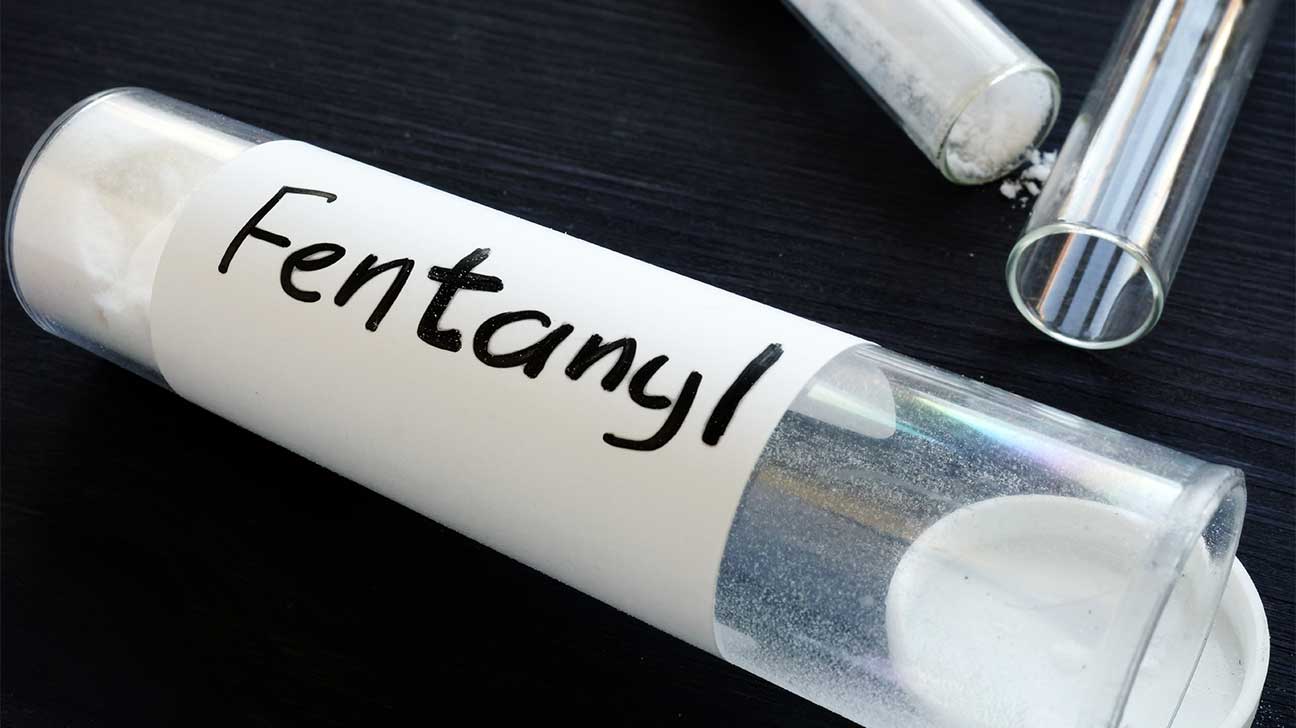 Fentanyl is a powerful synthetic opioid that is over 100 times more potent than morphine and can be found in various forms, including tablets, patches, lozenges, and powder.

This illicit drug typically has a white or off-white color. It can also be brightly colored or rainbow colored, taking on an almost candy-like appearance.

However, fentanyl does not have a discernable smell, so illegitimate fentanyl may have additives to give it a sweet or floral scent.

Fentanyl addiction can quickly lead to a host of serious health problems, including overdose and death.

How To Recognize Different Types Of Fentanyl

There are many different kinds of fentanyl. Its powder form is called fentanyl citrate and is a white powder typically stored in small bags.

There are also fentanyl lollipops that are often brightly colored and have a sweet taste.

Healthcare providers can also administer fentanyl patches, which are adhesive fabrics designed to slowly let fentanyl into the bloodstream.

Lastly, there are fentanyl lozenges, which are small dissolvable tablets that produce a quick and powerful dose of fentanyl into the bloodstream.

Pharmaceutical fentanyl is available in various forms, including tablets, lozenges, patches, and injectable solutions. It is usually white or off-white in color.

As the opioid epidemic continues to ravage the United States, law enforcement and medical professionals are on the lookout for different types of fentanyl.

There are several ways to tell if fentanyl is illicit or illegal. First, fentanyl that is sold on the streets is often in the form of a white powder. It may also be sold as pills, or as a liquid.

Illegal fentanyl is often cut with other substances, such as heroin, to increase its potency. This can make it difficult to know the exact strength of the drug, which can be dangerous.

Finally, illicit fentanyl is often cheaper than fentanyl-based prescription drugs, which may be another indicator that it is illegal.

There are a number of different types of fentanyl, and they can be difficult to distinguish from one another. One type of fentanyl is known as “rainbow fentanyl.”

Rainbow fentanyl is a mix of different fentanyl analogs, and is often sold as a “designer drug.” This brightly colored fentanyl type is extremely potent and can be deadly even in small doses.

The Importance Of Recognizing Counterfeit Pills

Just a few grains of fentanyl can be deadly. It is often mixed with other drugs, such as heroin, cocaine, and methamphetamine to increase its potency.

How To Identify Counterfeit Fentanyl Pills

There are several ways to identify counterfeit pills and street drugs from legitimate prescriptions by their appearance, scent, and taste.

One way to identify fentanyl is to look for the imprint of a pill on the tablet. If there is no pill imprint, the pill is likely counterfeit.

Another way to identify counterfeit pills is by their color. Pills that are green or yellow are more likely to be counterfeit.

Finally, pills that are smaller than a quarter are also likely to be fake.

Fentanyl is odorless, meaning it can be difficult to tell via scent the difference between a fake pill and a real pill.

This is where fentanyl testing strips become extremely important to avoid an opioid overdose.

Some people have reported that fentanyl has a chemical and bitter taste, while illegitimate and deadly fentanyl that is produced illegally may have other additives.

These additives can change the color and scent, making it taste floral or sweet.

The risk of overdose can be avoided by testing the drug with a fentanyl test strip. The speed at which the lines develop once the drug is in a solution can determine the potency of the drug.

Additionally, if a test does not result in a positive fentanyl sign, it is most likely counterfeit.

What Are The Risks Of Fake Pills That Contain Fentanyl?

Young people and experienced people who engage in opioid or fentanyl use can both be at risk for an array of dangers.

The risks of taking a fake pill containing fentanyl are that it can significantly increase the chance of experiencing adverse side effects or a fatal overdose.

Just a tiny amount of fentanyl can cause serious respiratory depression and even death.

These can also be signs of an opioid overdose, which can be deadly if opiate antagonist nasal sprays, such as naloxone (Narcan), are not administered in time.

Fentanyl is over 100 times more potent than morphine, meaning that a single pill can result in an overdose and collapse of the respiratory system.

When breathing slows or stops, the brain will be deprived of oxygen, which may lead to coma or permanent brain damage.

Is There A Way To Identify Fentanyl In Other Drugs?

There is no way to visually identify if another drug has been laced with fentanyl.

Unfortunately, there are many fentanyl analogs being sold under street names that are actually combinations of other substances, such as heroin, cocaine, and methamphetamine.

Fentanyl test strips are important because they can produce positive results and test for various types of drugs at once, showing you the actual ingredients of the drug in question.

Getting Treatment For Fentanyl Addiction

Fortunately, there are many ways to treat fentanyl addiction with evidence-based or holistic therapies.

Some of these treatment options include:

If you or a loved one is seeking treatment for a substance use disorder, give our free helpline a call today to discuss obtaining a referral to a rehab center near you.

Home > Fentanyl > Identification
Questions About Treatment?
We offer 100% confidential substance abuse assessment and treatment placement tailored to your individual needs. Achieve long-term recovery.
People also read
Fentanyl-Laced Vapes On The Rise: What To Look Out For Rainbow Fentanyl: What Is It? What Is A Lethal Dose Of Fentanyl? Fentanyl Deaths On The Rise Among Teens In 2022