Heroin is an illicit drug that can be addictive with short-term or chronic use. These Heroin FAQs offer information about heroin, its effects, and how to find treatment for heroin addiction. 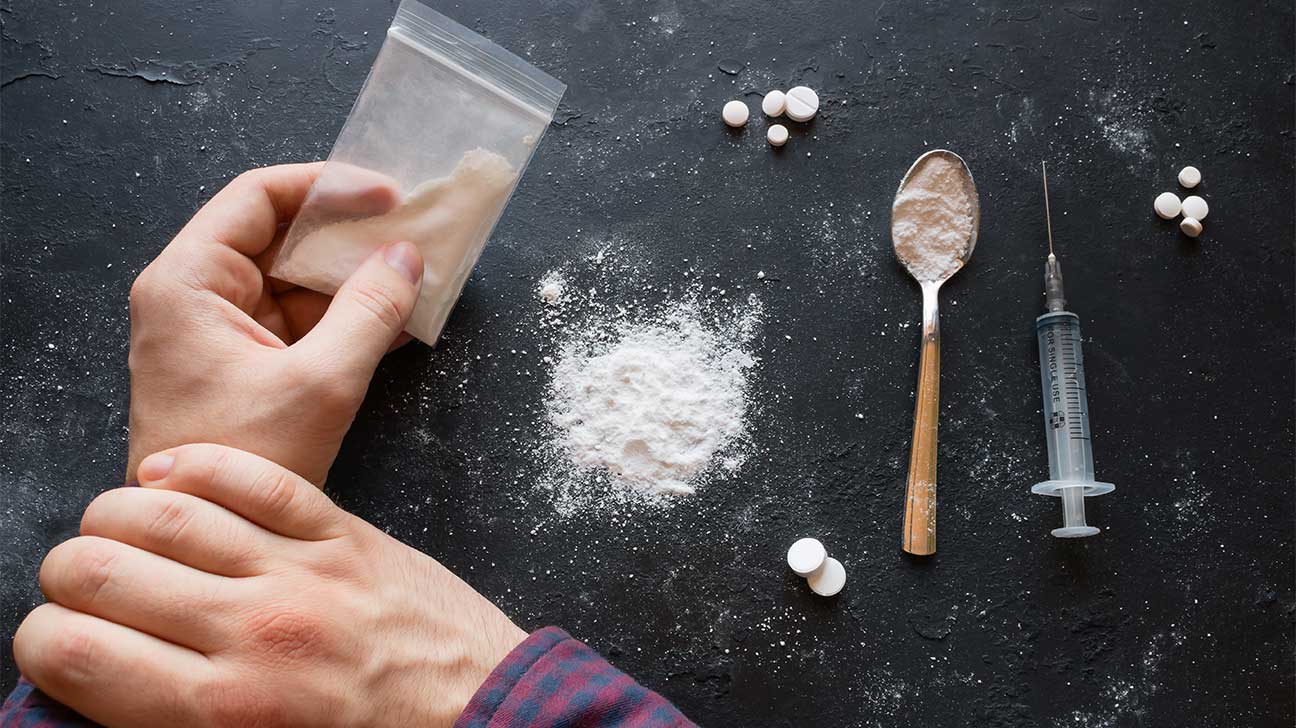 According to the Substance Abuse and Mental Health Services Administration (SAMHSA), an estimated 750,000 people used heroin in 2019.

Of those that use heroin, over 400,000 people met the criteria for heroin use disorder, a substance use disorder characterized by a physical and psychological reliance on heroin.

What Is Heroin Made Of?

Heroin is a derivative (alkaloid) of morphine, a naturally occurring substance extracted from the seed pods of the opium poppy plant. Heroin may also be referred to as diacetylmorphine.

Additional ingredients within heroin can vary. A drug that is unregulated by the federal government, heroin may contain additives, fillers, and adulterants. This includes other drugs.

Common fillers added to heroin include:

Read more about what heroin is made of

Is Heroin An Opioid?

Yes. Heroin is a semi-synthetic opioid drug, meaning it is partially man-made. It is chemically similar to the opiates morphine and codeine. These drugs are commonly prescribed to treat severe or chronic pain.

Other common opioid drugs include:

Unlike prescription opioids, heroin is classified as a Schedule I substance by the U.S. Drug Enforcement Administration (DEA). This means it has a high potential for abuse, addiction, and has no acceptable medical use.

Heroin is an illicit drug that is illegal to possess, manufacture, or distribute in the United States.

Is Heroin An Opiate?

Heroin is an opioid. The term ‘opioid’ is sometimes used interchangeably with the term ‘opiate’ which has historically been used to refer to naturally-occurring opioids/opiates.

Because heroin is derived from the natural opiate, morphine, it is acceptable to classify heroin as either an opioid or opiate drug.

Unlike morphine, however, heroin is partially manmade, meaning it has to undergo some degree of refinery to be formed.

How Is Heroin Used?

Heroin can come in the form of a white powder, brown powder, or dark-sticky substance commonly referred to as black tar heroin.

Heroin can be used by:

Powder forms of heroin are most commonly injected or snorted. Black tar heroin is smokable and can also be liquified into an injectable form.

Read more about the methods of heroin abuse

Is Heroin A Depressant?

Is Heroin A Stimulant?

Heroin is not a stimulant on its own. It is classified as a depressant. However, heroin may sometimes be mixed with stimulants such as cocaine (speedball) and methamphetamine.

The effects of heroin may vary depending on whether it has been mixed with other drugs, including prescription drugs or stimulants.

Is Heroin A Narcotic?

Yes. Heroin, like other opioids, is classified as a narcotic. Narcotics are described as compounds with paralyzing or numbing properties.

What Does Heroin Do?

Heroin works in the body as a depressant. Once it enters the brain, heroin is converted to morphine and binds to the body’s opioid receptors.

When used, heroin triggers a release of the “feel-good” chemical dopamine. This can cause a rush of relaxation and happiness.

Heroin can also cause:

Chronic heroin use can affect behavior, mood, and sleep. The longer and more often a person uses heroin, the more they’ll need to take to feel desired effects.

How Does Heroin Make You Feel?

Heroin can cause a powerful rush of relaxation and extreme happiness, also known as euphoria, when used.

Reactions to heroin, however, can vary. Adverse side effects, such as dry mouth, depression, nausea, and itchiness can also occur after using heroin.

Read more about how a heroin high makes you feel

How Long Does A Heroin High Last?

The euphoric effects of heroin may last up to half an hour, depending on whether the heroin is snorted, injected, or smoked.

Other acute side effects, such as drowsiness, can last up to three to five hours. Not everyone feels high from heroin for the same length of time.

Factors such as the amount used, method of use, body composition, and tolerance for heroin can affect how long heroin effects last.

Yes. Heroin is an addictive drug. It can also be dangerous. Heroin can contain toxic chemicals and ingredients that can be harmful to the human body and brain.

Dangers of heroin use include:

Thousands of people die from drug overdose deaths involving heroin each year. Heroin can be especially deadly when it’s laced with fentanyl, another opioid.

Mixing heroin with fentanyl or other drugs (including alcohol) can have serious effects on breathing, heart rate, and blood pressure.

Heroin overdose can be quickly treated with the use of naloxone, also known as Narcan.

Can Heroin Cause Withdrawal?

Yes. People who become dependent on heroin may experience withdrawal symptoms within hours of their last dose. Heroin withdrawal is usually not life-threatening on its own.

Detoxing from heroin without medical support, however, can put a person at risk for relapse and fatal overdose.

Heroin withdrawal may also cause severe dehydration, as a result of vomiting and diarrhea.

How Is Heroin Addiction Treated?

Heroin use disorder can be effectively treated through detox, certain medications, and behavioral health interventions.

Outpatient programs may be attended on a daily or weekly basis, depending on the type of program.

Read more about how addictive heroin is

What Medications Are Used To Treat Heroin Addiction?

Call Us Today To Find Heroin Abuse And Addiction Treatment

If you or a loved one is addicted to heroin, our addiction specialists can help. Call our helpline today to learn more about heroin or find heroin addiction treatment options.

Medically Reviewed by
Johnelle Smith, M.D on July 13, 2021
Questions About Treatment?
Get confidential help 24/7. Fill out the form below for:
People also read
Is A Heroin Overdose Painful? Does Heroin Cause Constipation? How Is Black Tar Heroin Made? Why Does Heroin Make You Itch? Can You Become Addicted The First Time You Use Heroin? Why Do People Use Heroin?