How Is Heroin Made Step-By-Step?

Heroin is an illegal drug that is largely produced in Southeast Asia, Southwest Asia, Mexico, and Colombia. Street heroin can come in the form of a powder or dark tar and may be cut with other drugs or additives. 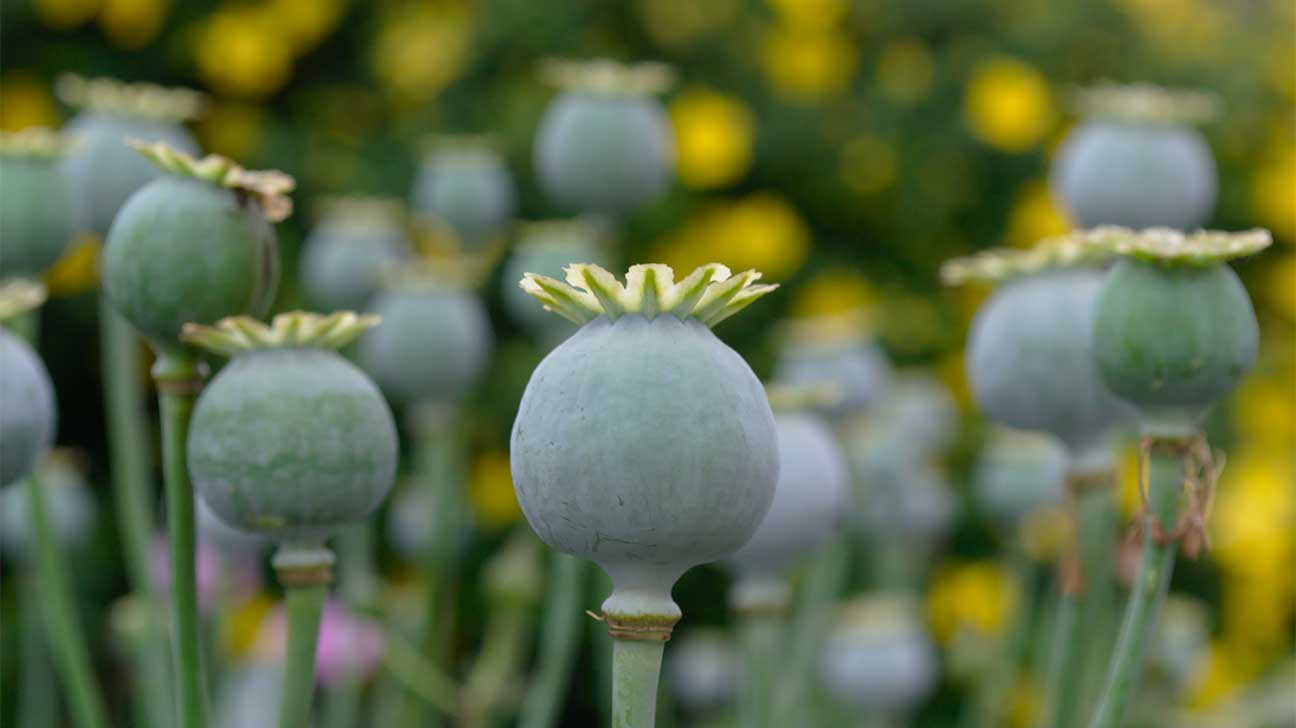 Heroin is an illicit drug that is processed into the form of a powder or sticky substance. The manufacturing process of heroin depends on the type of heroin and where it comes from.

Heroin can come in the following forms:

Heroin is chemically similar to morphine and codeine, which are commonly prescribed as painkillers. Unlike common opioids, heroin does not have any acceptable medical use in the United States.

Understanding how heroin is made, what it looks like, and where it comes from can be useful in order to identify heroin use in a loved one.

How Heroin Is Made

Heroin comes from opium poppy plants, which are grown on several different continents throughout the world.

Raw opium is harvested from the seed pods of these plants, which contain a milky fluid. This can be refined to create morphine.

The purest form of heroin is a shiny, white powder, known as diacetylmorphine hydrochloride.

Not all white powder heroin has the same purity level. Much of the heroin sold on the street is cut with additional ingredients, also known as cutting agents, fillers, adulterants, or additives.

Where Does Heroin Come From?

Heroin is a derivative of the natural opiate morphine, which is a drug commonly prescribed to treat severe or chronic pain. Morphine is extracted from the seeds of the opium poppy plant.

Opium poppy plants are produced from poppy seeds, and are grown in Southeast Asia, middle eastern countries such as Turkey, Latin America, and parts of Europe and Australia.

Most of the heroin that comes into the United States is smuggled in through the US-Mexico border, with major entry points being California, Texas, and Arizona.

Read more about what plant heroin is made from

Heroin is an unregulated drug that can contain a variety of ingredients. These ingredients, sometimes referred to as cutting agents, can dilute heroin or in some cases increase its effects.

Heroin cutting agents can include:

Some people may also try to manufacture heroin from prescription opioid drugs, such as oxycodone and hydrocodone.

During this and other manufacturing processes, heroin may be contaminated with ammonia, acetic anhydride, calcium oxide, hydrochloric acid, and chloroform.

When buying street heroin, it’s impossible to know for sure how the heroin was made and where it comes from. This fact alone makes heroin very dangerous.

The most deadly combination drug is heroin mixed with fentanyl. Fentanyl is a synthetic opioid that is 50 to 100 times more potent than heroin.

Fentanyl is a leading driver of drug overdose deaths in the United States. Drug dealers who sell heroin may not know or tell the person they are selling to that their heroin contains fentanyl.

What Are The Dangers Of Heroin?

According to the United Nations Office of Drugs And Crime (UNODC), more than 15 million people worldwide use illicit opiate drugs such as heroin, codeine, and morphine.

Quick facts on the dangers of heroin:

Heroin is an addictive drug. People who use heroin may have difficulty keeping a job, housing, and may live with co-occurring mental illness or chronic pain.

Recovering from heroin addiction isn’t easy, but with treatment, it is possible.

Getting Help For Heroin Abuse And Addiction

Quitting heroin isn’t simple. People who become addicted to heroin may experience withdrawal symptoms if they try to stop their drug use all at once.

This can be highly uncomfortable at best and dangerous at its worst.

Finding a detox program is strongly recommended for anyone who’s addicted to heroin or other illicit drugs. After detox, treatment in an inpatient or outpatient rehab program may be recommended.

Treatment for heroin addiction can include:

Overcoming an addiction to heroin is possible. Call our helpline today to find a heroin addiction treatment program that’s right for you.

Home > Heroin > How Is Heroin Made?