Heroin is an addictive drug that can come in the form of a powder, black tar, or solid substance. Being able to identify heroin can be helpful in order to detect drug use in a loved one or family member. 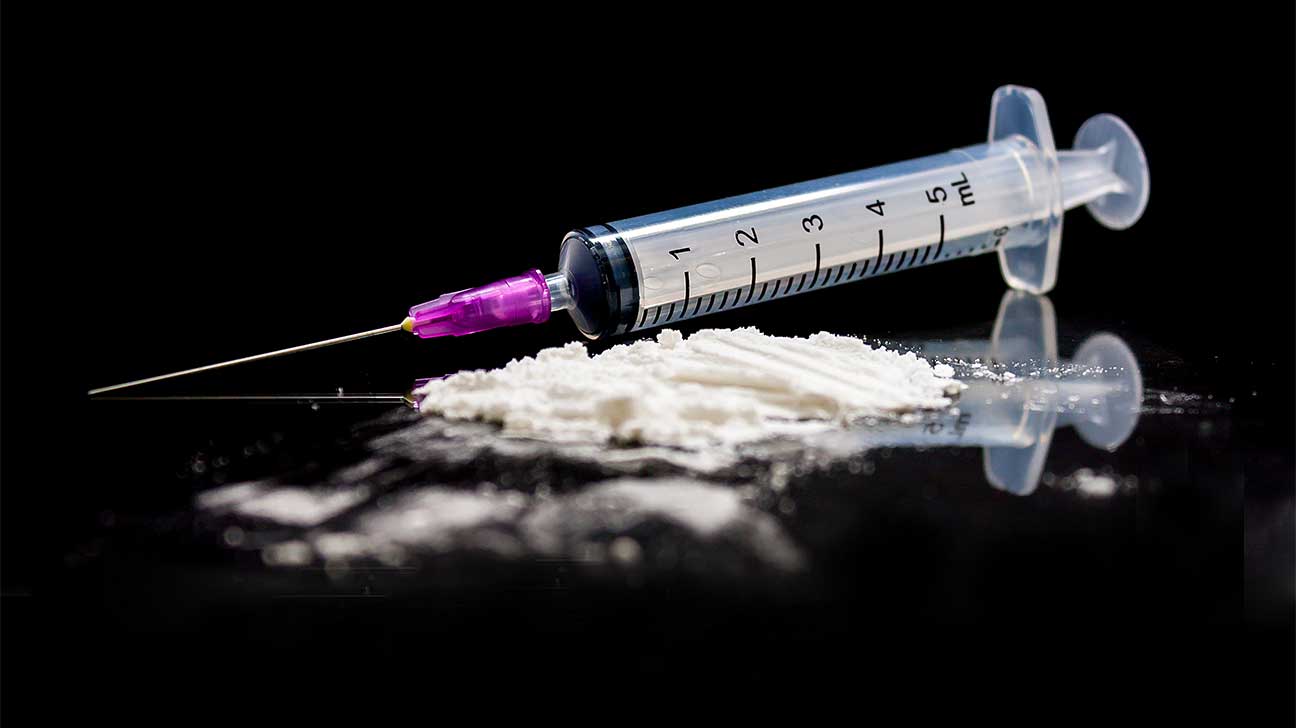 Heroin is an addictive drug that can be smoked, snorted, or injected. It belongs to a class of painkillers known as opioids, or opiates.

Heroin generally comes in one of three forms:

Heroin is an illicit drug that is illegal to possess, manufacture, and distribute in the United States in all of its forms. It is widely known for its rapid, euphoric effects.

The appearance of street heroin may differ depending on how it’s manufactured and whether it’s been mixed with other drugs, fillers, or additives.

Creating Heroin: How It’s Made

Heroin is a partially synthetic drug that comes from morphine, a naturally occurring substance. Morphine is extracted from the seeds of the opium poppy plant.

Opium poppy plants are grown across the world. Most of the United States’ supply of heroin comes from Latin America.

Heroin is made by refining morphine, an opiate commonly prescribed to treat pain.

Morphine can be processed into the form of a dark brown, blackish, sticky substance known as black tar heroin.

Some black tar can also be solid and look like dark chips or rocks.

Through further processing, heroin can be refined into the form of a brownish, granular powder. This form of heroin may appear grainy or powdery.

Refining brown powder forms of heroin even further can create a white powder. White, powdered heroin is heroin in its purest form.

Pure heroin is shiny in appearance. Duller forms of heroin may indicate the addition of fillers, additives, or other illicit or prescription drugs.

Factors That Can Affect The Appearance Of Heroin

Not all heroin looks the same. Black tar heroin is a crude form of heroin, while powdered forms are more refined.

The appearance and effects of heroin can depend on:

Heroin most often comes in the form of a white powder, brown powder, or dark substance similar to roofing tar.

Less common, or impure forms of heroin include:

Heroin is also sometimes mixed with other illicit or prescription drugs, which can affect its appearance.

Where Can Heroin Be Found?

Powdered heroin is often bought and sold in small baggies. These may be hidden away by people who use it, either to protect their stash or avoid detection by loved ones.

Heroin may be stored in drawers, shelves, pockets, or other infrequently visited spots.

It may be stashed with common forms of drug paraphernalia, such as aluminum foil, spoons, syringes, and needles.

Heroin is a dangerous drug. It is unregulated by federal health agencies and can be toxic in small doses, especially when mixed with fentanyl, a synthetic and highly potent opioid.

Dangers of heroin can include:

One of the biggest dangers of heroin is that you can’t know for sure what is in it, since there is no government oversight on its production or distribution.

Taking too much heroin, or taking heroin mixed with other drugs, can have severe health effects. People who are addicted to heroin or take it just once can be at risk for fatal overdose.

People who use heroin can become physically and psychologically dependent on heroin over time. This can be a sign of heroin addiction, also known as heroin use disorder.

People who become dependent on heroin may experience withdrawal symptoms if they try to quit.

For this reason, entering a detox program—which can offer treatment for withdrawal—is highly recommended, followed by substance abuse treatment.

Overcoming an addiction to heroin is possible with treatment. Call our helpline today for more information about heroin or how to find addiction treatment near you.