Heroin Overdose: Signs, Symptoms, And What To Do

Heroin is an addictive opioid that, like prescription opioids, binds to opioid receptors in the brain. Heroin overdose, a major public health issue, can occur after taking too much heroin or after mixing it with other drugs. This may require emergency treatment. 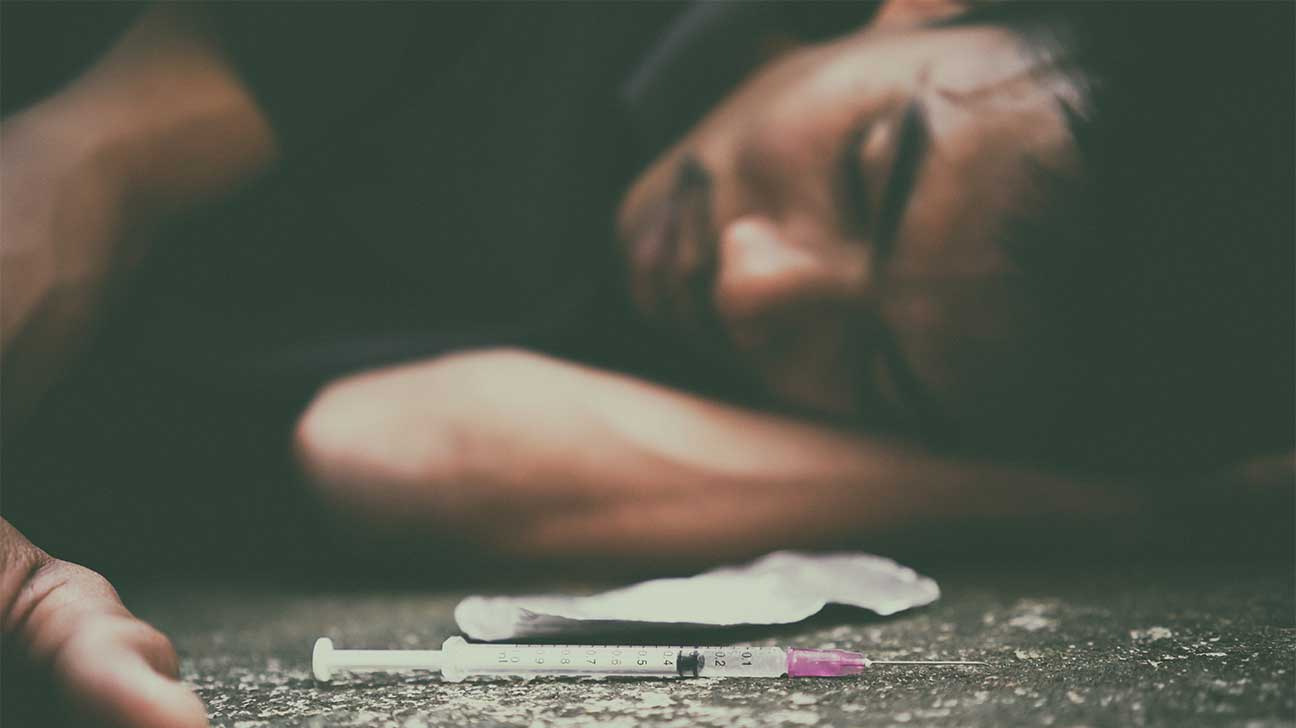 Taking high doses of heroin, or mixing it with other drugs, can have dangerous effects, including stopped breathing—a hallmark sign of heroin overdose.

Learn more about the dangers of heroin addiction

Signs And Symptoms Of A Heroin Overdose

When large amounts of heroin are taken, a person’s heart rate will decrease, their breathing will become labored, and they will sink into a state of unconsciousness (known as overdose).

Signs and symptoms of a heroin overdose include:

Mixing heroin with other drugs, such as methamphetamine, alcohol, or benzodiazepines, can increase the likelihood of experiencing a drug overdose.

If someone is having seizures, has stopped breathing, or has collapsed after using heroin, this may signal a need for emergency medical treatment.

Heroin overdose is not a condition that will go away or get better by itself. If someone has overdosed on heroin, seeking treatment for heroin overdose can be an issue of life or death.

Treating a heroin overdose may require administering naloxone and seeking emergency medical attention, especially if you don’t have naloxone on hand.

Heroin overdose can be reversed with naloxone, an FDA-approved medication for treating opioid overdose.

Naloxone is available in the following forms:

Treating heroin overdose with naloxone temporarily blocks the effects of heroin in the body and brain, making it an effective heroin overdose-reversal drug.

Getting Emergency Treatment For Heroin Overdose

If you don’t have naloxone on hand, call 911 for emergency medical assistance right away. This will dispatch a medical team with naloxone to your location.

Be ready to tell the 911 operator the following information:

If you don’t know this information, let the operator know you suspect the person you’re calling about has overdosed on heroin. This will help medical responders know what to do when they arrive.

While waiting for the medical team to get there, keep the affected person on their back with their head tilted slightly back and their mouth open to improve breathing.

If they start to vomit, turn their head to the side. Monitor their breathing and heart rate. If either of these stop, you will need to resuscitate the person.

What Happens After Administering Naloxone For Heroin Overdose?

After treating heroin overdose with naloxone, emergency department personnel will often have to pump the person’s stomach if they ingested heroin orally.

Other medications to help get the heart rate and breathing at normal levels might be given intravenously if the heroin was injected instead.

Once the person affected has stabilized medically, they will most likely need to receive a medication called methadone. This can treat heroin withdrawal symptoms.

Without treatment, heroin overdose can be fatal. In 2019 alone, over 14,000 people died of a drug overdose involving heroin in the United States.

Although heroin overdose deaths in the U.S. have decreased in recent years, street heroin is increasingly being laced with illicitly manufactured fentanyl.

Fentanyl is a highly potent, synthetic opioid that can increase the risk of experiencing a fatal overdose. Not all who buy heroin may be aware it also contains fentanyl.

✔️ Heroin overdose can occur after taking too much heroin or mixing heroin with other drugs in such a way that overwhelms a person’s system.

Risk factors for heroin overdose include:

❓ How Is Heroin Overdose Treated?

✔️ Heroin overdose can be treated with naloxone, an opioid overdose reversal drug also known as Narcan or Evzio.

Following the administration of naloxone, additional medical treatment in a clinical setting may be needed for medical stabilization, followed by treatment for heroin use disorder.

❓ Is Heroin Overdose The Same As Opioid Overdose?

✔️ Heroin is an illicit opioid drug, also known as an opiate. This means it affects the body in ways similar to prescription opioids like oxycodone, morphine, codeine, and hydrocodone.

Over the course of the U.S. opioid epidemic, heroin use and overdose death rates have increased, in part due to changes in the prescribing guidelines for legal opioids.

❓ What Are The Risks Of Not Getting Treatment After A Heroin Overdose?

✔️ Stabilizing after an overdose is important. But fully recovering and staying off heroin will often require seeking additional substance abuse treatment.

Short-term and long-term risks of not seeking treatment can include:

Not seeking treatment for illicit drug use can also lead to legal problems, as well as problems keeping or finding a job, relationship troubles, and other health issues.

❓ Can You Fully Recover From A Heroin Overdose?

✔️ Some effects of a heroin overdose can be long-lasting or potentially permanent, depending on the severity of the overdose and how quickly a person was able to receive treatment.

Some people can fully recover from a heroin overdose, with prompt treatment. This may take time, as well as additional support from addiction treatment providers.

Because of this heroin overdose is believed to not be painful.

Read more about why heroin overdose is not painful

If you want to help a friend, family member, or other loved one stop using heroin, we can help you find a heroin treatment program that meets your needs.

Call our helpline today to find a heroin addiction treatment program that’s right for you.