Heroin Overdose Deaths: How Many People Die Due To The Opioid Epidemic?

Heroin is an addictive drug that is involved in thousands of fatal drug overdoses each year in the United States. Heroin overdose and heroin addiction are treatable with medications for opioid use disorder (MOUD), detox, and therapy. 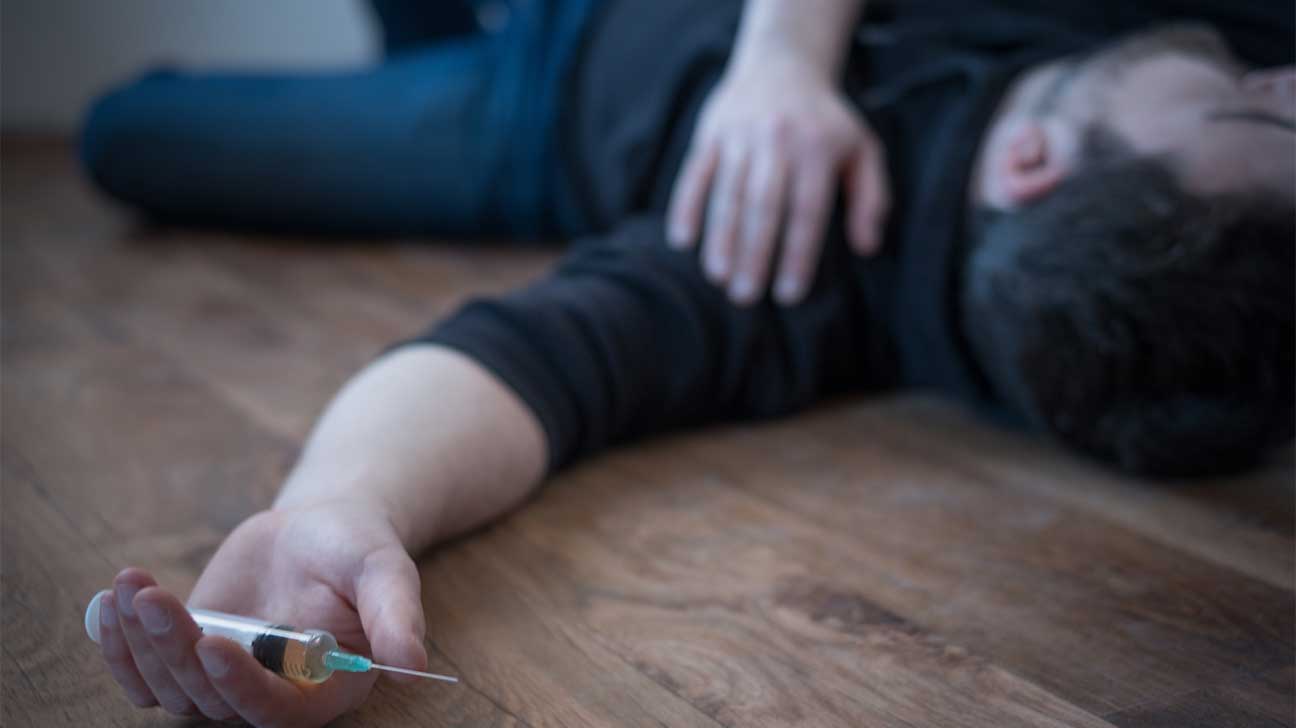 According to data from the U.S. Centers for Disease Control and Prevention (CDC), just over 14,000 people in the United States died due to drug overdose involving heroin in 2019.

Heroin is an illicit opioid drug that is chemically similar to opiates like morphine and codeine, and opioids like oxycodone (Oxycontin), hydrocodone, and fentanyl.

How Many Heroin Overdose Deaths Take Place In The U.S.?

Since 1999, more than half a million people in the United States have died due to drug overdoses involving opioid drugs.

In 2017, the U.S. Department of Health and Human Services officially declared the opioid epidemic a public health emergency in reaction to the dramatic surge in overdose deaths.

Heroin specifically has been implicated in the second of three waves of the opioid epidemic, during which time an increasing number of people began using and overdosing on heroin.

The number of deaths involving heroin began rising during the second wave of the U.S. opioid epidemic, which began roughly around 2010.

What Caused The Rise In Heroin Overdose Deaths?

The rise in overdoses involving heroin has in part been attributed to greater crackdowns on opioid prescribing rates.

This caused some people who were dependent on or addicted to prescription opioids to switch to heroin, a cheaper and easier opioid to acquire.

In the United States, opioid overdose deaths have largely been concentrated in the northeastern region of the U.S. as well as states like Missouri and Tennessee.

States with the highest opioid overdose death rates include:

West Virginia had the highest rate of opioid overdose deaths in 2018 with 42.5 opioid-involved deaths per 100,000 residents.

This compares to 4.1 deaths per 100,000 residents in Hawaii, the lowest rate in the nation.

In 2019, data shows that the Western region of the United States saw the greatest increase in drug overdose deaths involving synthetic opioids other than methadone.

From 2018 to 2019, the CDC reports that the West saw a 67.9 percent increase on average in death rates involving synthetic opioids other than methadone.

This includes the following states:

Heroin is a powerful drug that can severely depress central nervous system (CNS) activity when taken in large quantities, or when mixed with other drugs.

Taking excessive amounts of heroin can cause:

A primary cause of death among people who overdose on heroin is hypoxia.

This occurs when not enough oxygen is getting to the brain, due to slowed or stopped breathing. Hypoxia can have acute and long-term consequences, including brain damage, coma, and death.

Anyone who abuses drugs is at risk for overdose. An overdose occurs by taking too much of one or more drugs at once.

Overdose is a significant risk with heroin use, largely because supplies of heroin are unregulated.

Heroin may contain a whole host of toxic additives, chemicals, and illicit forms of fentanyl—which can be deadly in small doses.

Can You Recover From A Heroin Overdose?

If help for overdose is sought quickly, heroin overdose can be treated and reversed with the quick administration of naloxone, also known as Narcan. This is an opioid antagonist capable of blocking the effects of opioids in the brain.

After reversing an overdose, additional treatment through a drug rehab program may be recommended for anyone who has suffered an overdose involving opioids like heroin.

Drug overdose deaths have skyrocketed in the past year, attributed in part to factors related to the coronavirus (COVID-19) pandemic.

During the pandemic, factors such as stress, isolation, and financial strain have led to concerning rates of drug relapse and overdose across the United States.

If you or someone you know is addicted to heroin: You’re not alone. Recovery is possible. Call our helpline today to find heroin addiction treatment near you.

Medically Reviewed by
Johnelle Smith, M.D on July 13, 2021
Questions About Treatment?
Get confidential help 24/7. Fill out the form below for:
People also read
Heroin Overdose: Signs, Symptoms, And What To Do