How Long Does Acid Last? What To Expect

LSD is a controlled substance that causes visual, auditory, and sensory hallucinations. The effects of LSD may last for up to 20 hours, but it can be detected by a drug test for a much longer period of time. 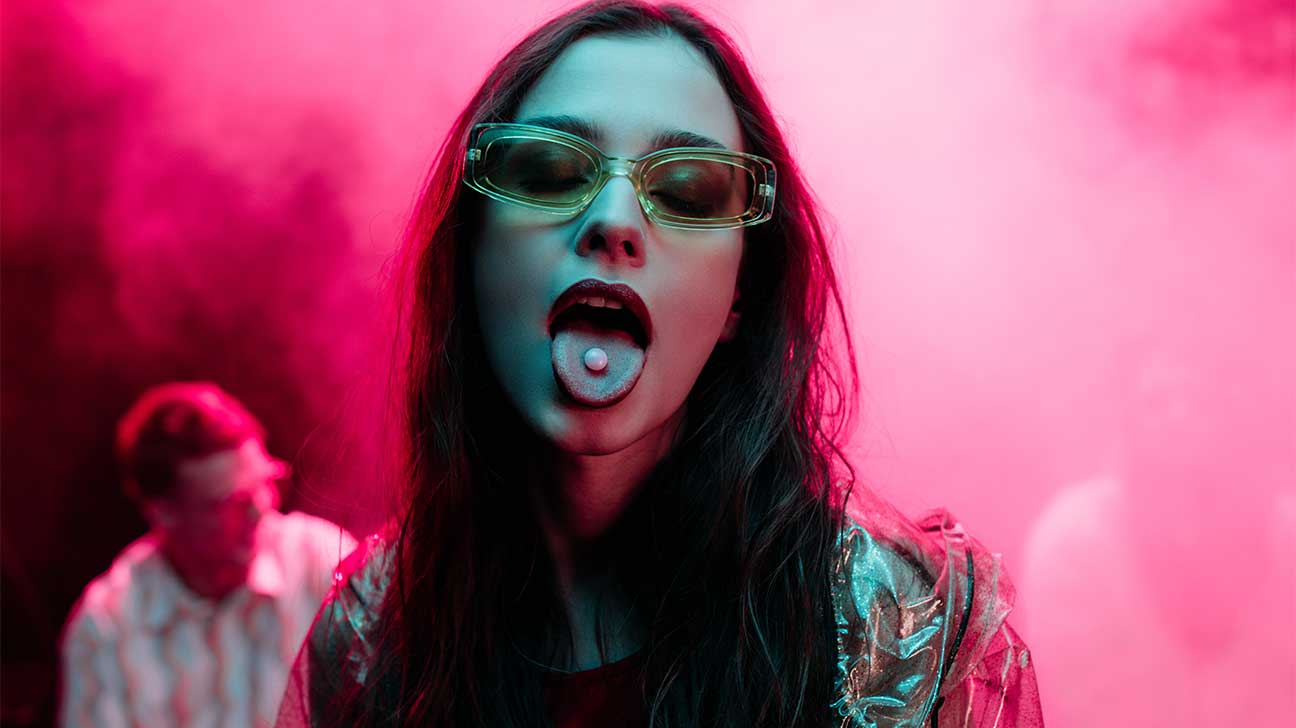 LSD is consumed orally, usually on blotter paper, but it can also be found in capsules and in infused sugar cubes. Its effects are similar to other psychedelics that alter sensory perception.

The visual hallucinations frequently caused by LSD are known as “acid trips.” While a calm environment can help to promote a “good trip,” the effects are unpredictable.

It is not uncommon for people who use LSD to experience unpleasant or terrifying distortions of reality while on a “bad trip.”

For this reason, many people may wonder how long acid lasts, especially if they plan to try it for the first time. Unfortunately, it can be difficult to predict the duration of LSD’s effectiveness.

How Long Does An Acid Trip Last?

The length of an LSD trip often depends on the person and the number of micrograms they have consumed. Higher doses of LSD produce a longer trip.

In general, the effects of LSD begin roughly 30 minutes after ingestion, and the LSD experience can last for several hours.

The effects of LSD usually peak within three or four hours and then gradually subside. Larger doses of LSD can last for up to 20 hours.

What Are The Effects Of An LSD Trip?

LSD has a Schedule I drug classification. According to the U.S. Drug Enforcement Administration, that means LSD has no current medical uses and a high potential for abuse.

While many experts disagree about the addictiveness of LSD, the fact that it is a Schedule I drug means that there is relatively limited research about its effects and medical potential.

However, that may soon change, as the Food and Drug Administration (FDA) is allowing trials for an LSD-based anxiety drug to move forward this year.

In the meantime, the available research on LSD does reveal a number of physical, mental, and sensory effects.

The effects of LSD include:

Some people take LSD in small doses, using a practice called “microdosing.” Limited research is available on the effects of microdosing hallucinogenic drugs.

According to available microdose research, the effects of sub-hallucinogenic LSD use range from mood improvements to anxiety.

How Long Does Acid Last In The Body?

LSD has a relatively short half-life. It takes roughly three hours for half of an LSD dose to be eliminated from the body.

Because it takes five to six half-lives for a drug to completely leave a person’s body, the average person can expect to have eliminated an LSD dose after 18 hours.

However, many people report that the effects of LSD can linger even after the body should have eliminated the drug.

How Long Can LSD Be Detected In Drug Tests?

LSD can be detected in some drug tests for a period of time after the drug itself is no longer in the body, because urine-based drug tests detect metabolites, or byproducts, of specific drugs.

LSD metabolites can be detected in urine for up to five days after drug use.

Other types of LSD drug detection include blood tests and saliva tests, which may detect LSD for up to 16 hours as long as the drug has not fully metabolized.

Because LSD is less common than many other drugs, a lot of people have limited understanding of its effects. Here you’ll find some frequently asked questions about LSD.

Are The Effects Of LSD Addictive?

It is possible to develop a hallucinogen addiction, but contemporary pharmacology research suggests that the risk of LSD addiction is low.

Is An LSD High Dangerous?

LSD is less dangerous than many other drugs. The primary danger of LSD is that a person may harm themselves or others while experiencing an acid trip.

People who use LSD should only do so in a safe environment with a sober person who can call for help, if needed.

Can A Person Overdose On LSD?

It is extremely rare but not impossible to overdose on LSD. Currently, there is no known lethal amount of LSD.

However, large amounts of LSD can produce unpleasant and sometimes dangerous side effects.

LSD addiction is rare but not impossible. Many people who use LSD also deal with other types of substance abuse, and they may develop polysubstance addictions as a result.

Fortunately, addiction is a treatable mental health condition that responds well to addiction treatment based on current medical advice.

Home > How Long Do Drugs Last? > Acid
Questions About Treatment?
Get confidential help 24/7. Fill out the form below for:
People also read
Can LSD Treat Anxiety And Depression? What Is A Lethal Dose Of LSD? Street Names For LSD