How Long Does A Cocaine High Last? Effects And Comedown

Cocaine can be consumed in multiple ways, which can make a cocaine high last anywhere from five to 30 minutes. After using cocaine, a person may experience a comedown with the possibility of prolonged withdrawal symptoms. 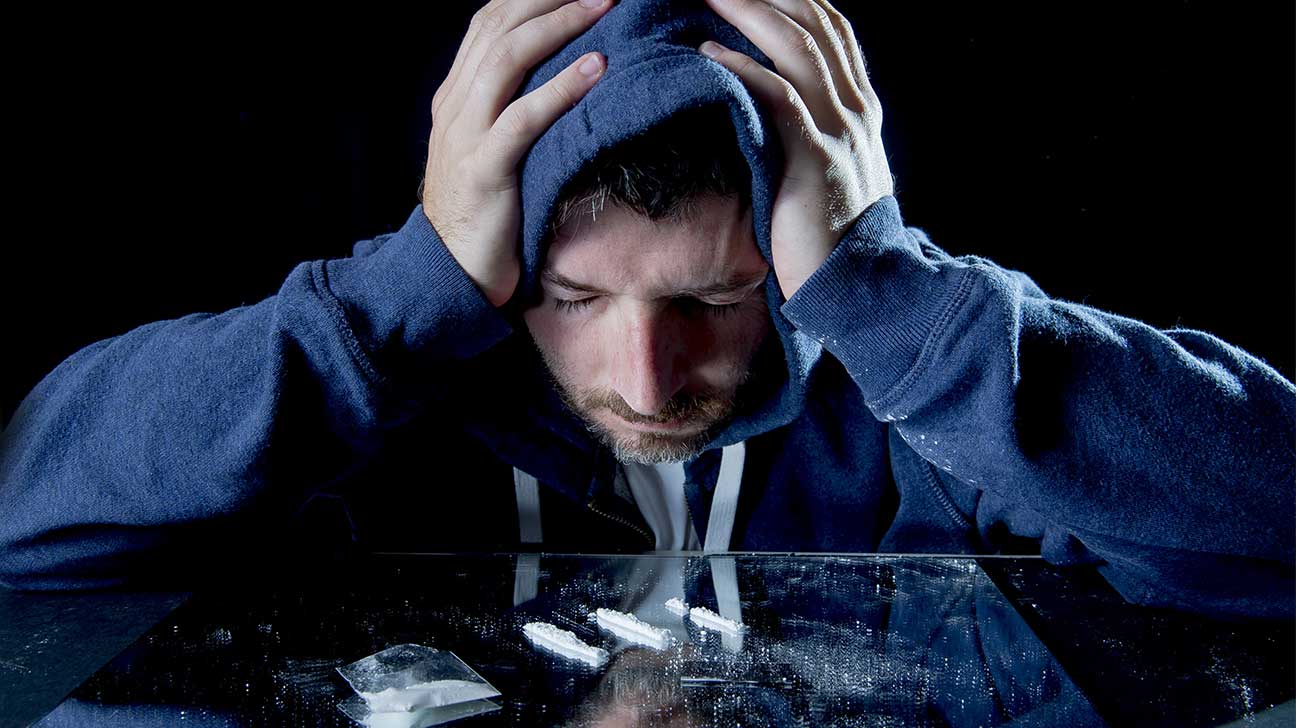 A cocaine high lasts for up to 30 minutes. However, the long-term effects of cocaine use may persist after the drug has left a person’s system.

How long drugs work depends on many factors. The method of use can be particularly impactful. For example, snorting a drug may cause it to go to work faster than swallowing a pill.

Cocaine is a drug with multiple methods of consumption. As a result, the answer to the question of how long cocaine lasts is variable.

Here you’ll find answers about cocaine use, including how long different methods last and how long cocaine may be detected by a drug test.

How Long Do The Effects Of Cocaine Last? What Does A Cocaine High Feel Like?

Cocaine is a powerful stimulant drug that causes a euphoric high, along with heightened energy levels and a temporarily reduced need for sleep.

Cocaine use may also cause unpleasant and dangerous side effects such as high blood pressure, increased body temperature, heart attack, and other health problems.

The short-term effects of cocaine use may begin within three to 30 minutes.

According to cocaine research, both onset and duration depend on the form of cocaine use that a person chooses.

Most often, cocaine is either snorted through the nose or smoked in the form of crack cocaine or as freebase. Sometimes, people use cocaine by injecting it or rubbing it into the gums.

No matter the form of cocaine abuse, the effects of a cocaine high usually wear off quickly.

The average duration of a cocaine high are:

The short acting nature of cocaine is one reason why this drug is so addictive.

Many people continue smoking crack or snorting cocaine after the initial high wanes, creating a cycle of drug abuse through repetition.

How Long Does A Cocaine Comedown Last?

After experiencing a cocaine high, many people also experience a cocaine comedown. A comedown is a “crash” or “hangover” that can occur as a high comes to an end.

Cocaine comedown symptoms can include:

A cocaine comedown may last several hours to a day after the cocaine crash begins.

How Long Does Cocaine Last In The Body?

The half-life of cocaine is very short, only about an hour. By comparison, the half-lives of many other drugs can be several hours to an entire day.

The half-life is the amount of time that it takes half of a drug to be eliminated from a person’s blood plasma, and the average drug takes between five and six half-lives to leave the body.

As a result, cocaine can be completely eliminated from the plasma within five or six hours after use.

How Long Can Cocaine Be Detected By Drug Tests?

Although cocaine lasts for a short amount of time, some drug tests can still detect cocaine use after the drug has been eliminated.

This detection occurs because many drug tests do not look for the presence of a drug itself but the metabolites that drugs leave behind.

How Long Does Cocaine Withdrawal Last?

People who have a dependence on cocaine may experience withdrawal when stopping the drug.

Acute cocaine withdrawal symptoms are similar to cocaine comedown symptoms but more severe. Cravings for cocaine may become especially pronounced during this time.

Acute symptoms typically last for a few days to a week. However, some people may experience variations in the duration of the withdrawal period.

In some cases, people report post-acute symptoms that can last for months after stopping cocaine.

Cocaine is one of the most commonly abused drugs in the United States, and people have many questions about its use.

Here you’ll find answers about how long cocaine lasts, as well as the answers to other common questions about cocaine.

Is It Possible To Develop A Cocaine Tolerance?

Yes, it is very common for people who use cocaine to develop a tolerance even in the absence of an established substance use disorder.

Cocaine releases large amounts of dopamine. As the brain gets used to the dopamine rush, it will require larger amounts of cocaine to achieve the same high.

What Happens If You Combine Cocaine With Other Drugs Or Alcohol?

While people who use cocaine should always refrain from any additional substance abuse, alcohol and opioids are the most likely to cause an increased risk of fatal overdose.

The combination of alcohol and cocaine is fairly common but exceedingly dangerous, as the presence of both in the liver causes it to produce the potentially toxic metabolite cocaethylene.

What Are The Signs Of Cocaine Abuse?

The signs of cocaine abuse can include both physical and behavioral signs.

Physical signs may include unusual amounts of energy followed by fatigue. Other physical signs can include sleeplessness, dilated pupils, and complaints of chest pain.

Can Cocaine Cause An Overdose?

Cocaine is a highly addictive drug. The difficulty of withdrawal and the side effects of cocaine addiction can further complicate recovery.

Home > How Long Do Drugs Last? > Cocaine
Questions About Treatment?
Get confidential help 24/7. Fill out the form below for:
People also read
Mixing Cocaine And Ecstasy: Dangers And Side Effects Cocaine And Fentanyl: Dangers Of Fentanyl-Laced Cocaine Risks Of Mixing Cocaine And Zoloft (Sertraline)