Subutex (buprenorphine) is a medication used for the treatment of opioid use disorder, or opioid addiction. Subutex can cause side effects. Taken as prescribed, it can be safe and effective for long-term use. 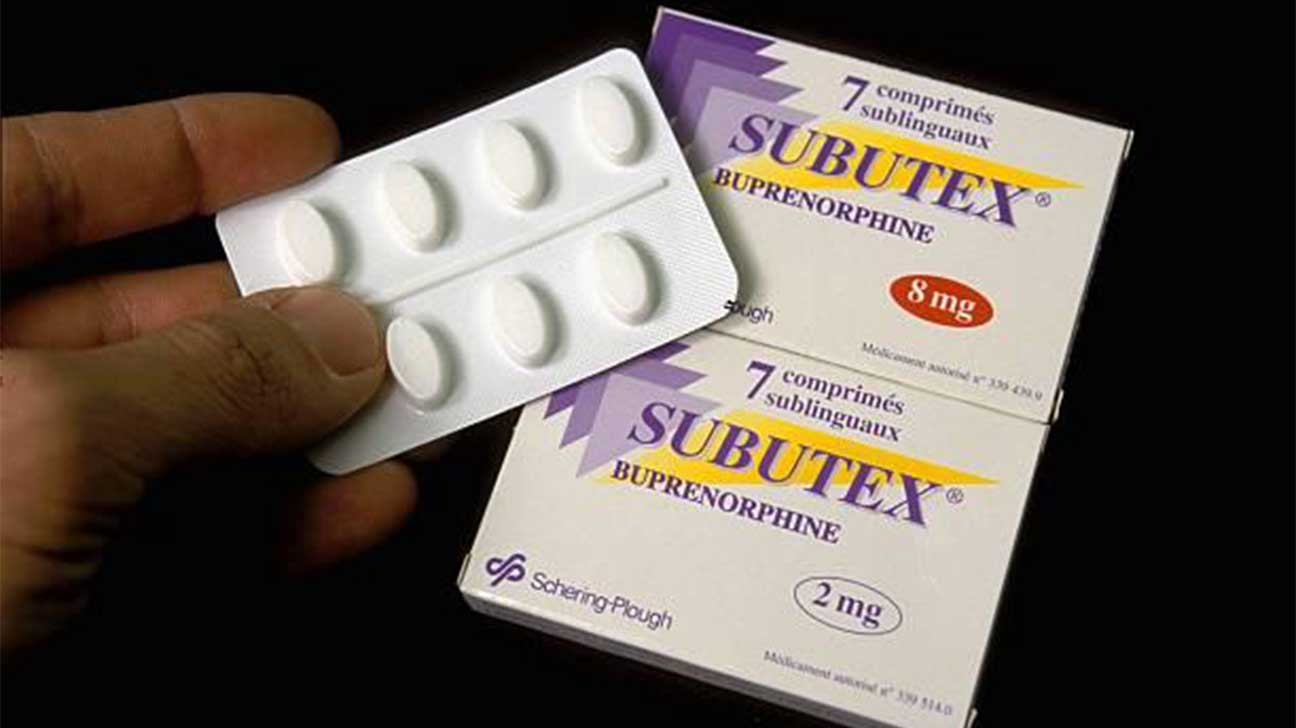 Subutex, also known as buprenorphine, is one of several medications that is approved by the U.S. Food & Drug Administration to treat opioid addiction as a part of medication-assisted treatment.

Although Subutex is an opioid-based medication, it is not the same as heroin, oxycodone, or most other opioid drugs. Its effects are weaker and it has a lower abuse potential.

Learn more about the role of buprenorphine in opioid addiction treatment

What Does Subutex Do?

Subutex is what’s known as a partial opioid agonist. When ingested, it binds to mu-opioid receptors in the brain and body, which regulate mood, pleasure, and physical movement.

Unlike full opioid agonists such as heroin or fentanyl, Subutex only partially activates opioid receptors in the body. This results in weaker effects and makes it safer for use.

What Subutex Is Used For

Subutex is used for the treatment of opioid withdrawal, heroin addiction, and opioid use disorder. It contains the active ingredient, buprenorphine.

When taken as prescribed, Subutex can:

Due to its chemical similarity to other opioids, Subutex can also increase safety in the event of an opioid overdose by blocking the effects of other opiates.

Read more about how Subutex interacts with opiates

Subutex is a brand name for buprenorphine, an opioid-based medication prescribed for opioid use disorder. Subutex is one of several types of buprenorphine products.

Other buprenorphine products include:

Buprenorphine is the generic equivalent of Subutex. Generic buprenorphine is generally lower in cost than Subutex and can be just as effective for its intended use when taken as directed.

How To Take Subutex

Subutex comes in the form of a dissolvable tablet. Subutex is taken by placing the sublingual tablet under the tongue to dissolve or melt. It is not meant to be swallowed, crushed, or injected.

Read more about how to properly take Subutex

The Side Effects Of Subutex

Although less common, serious side effects can occur while taking Subutex. If someone you know is experiencing adverse effects after taking Subutex, contact their doctor right away.

Read more about the side effects of taking Subutex

Anxiety is not a common side effect of Subutex, although it can be a symptom of opioid withdrawal.

Anxiety can occur if a person injects Subutex or uses it in any way other than prescribed. This can be a sign of Subutex misuse.

Read more about how Subutex can affect anxiety

Subutex And Effects On Weight

Changes in weight are not a common side effect of buprenorphine treatment.

Weight gain or weight loss can occur as a result of common side effects of Subutex, including nausea, constipation, and increased water retention.

Read more about how Subutex can affect weight

Hypotension, or low blood pressure, can occur with long-term Subutex use.

Decreased blood pressure while taking Subutex can be a sign of:

Read more about the effects of Subutex on blood pressure

Depression is a common symptom of opioid withdrawal. According to research, there is evidence to suggest that Subutex can improve mood in people formerly addicted to opioids.

This evidence also suggests that Subutex may have utility for treatment-resistant depression in people who have co-occurring depressive and opioid use disorders.

Read more about how Subutex can help depression

Subutex And Sexual Side Effects

Sexual side effects, including sexual dysfunction, can occur while taking Subutex, due to its effects on the hypothalamic-pituitary axis.

Reported side effects of Subutex include decreased libido, dissatisfaction during intercourse, and erectile dysfunction, in addition to other forms of sexual dysfunction.

Read more about the sexual side effects of taking Subutex

Subutex And Effects On Pregnancy

Buprenorphine is one of the first-line treatment options for people with opioid use disorder who are or become pregnant. However, the use of Subutex during pregnancy and breastfeeding isn’t risk-free.

Subutex And Effects On Newborns

With treatment and observation, symptoms of Subutex withdrawal following birth can be effectively managed.

Subutex is a medication that comes in tablet form, but not all tablets are the same strength. Subutex comes in two dosage strengths: 2 milligram (mg) and 8 mg tablets.

Dosing for Suboxone is established based on each individual’s needs. The initial dose of Suboxone a person takes will be adjusted until a suitable dosage is identified

Read more about determining the correct dose of Subutex

Taking Subutex as prescribed by a doctor can be safe and effective for its intended use. However, it doesn’t come without certain risks.

Taking higher doses of Subutex, or taking it any way other than prescribed by a doctor, can increase the risk of experiencing adverse effects.

Recreational abuse of Subutex can occur, but this is less common than the abuse of full opioid agonists like heroin or oxycodone.

Subutex, as a partial opioid agonist, does not cause the same euphoric effects as full agonists, and is, therefore, less likely to become a drug of abuse.

Subutex is a medication that is only meant to be taken during early opioid withdrawal after withdrawal symptoms have already begun.

Read more about precipitated withdrawal due to Subutex

Mixing Subutex With Other Substances

It’s important to take Subutex exactly as directed by a prescribing physician. Mixing Subutex with other substances, such as benzodiazepines or other opiates, can have serious consequences.

Read more about taking Subutex with other opiates

Benefits Of Subutex Vs. Methadone

Subutex and methadone are both medications that are used for the treatment of opioid disorder, in conjunction with substance abuse counseling and behavioral therapy.

Although they can both be effective for this use, they are not the same. They differ in their mechanism of action, side effects, risk of misuse, and cost.

Buprenorphine, or Subutex, is also a newer drug than methadone. People who have an adverse reaction to methadone may talk to a doctor about switching to Subutex for drug addiction.

Read more about switching from methadone to Subutex

According to the National Institute on Drug Abuse, Subutex treatment costs $115 per week, or nearly $6,000 a year on average, with twice-weekly visits to an opioid treatment program.

Fortunately, Subutex treatment is covered under most health insurance plans. This includes some Medicaid and Medicare coverage plans. The amount of coverage may vary.

Read more about the cost of Subutex

How To Get Prescribed Subutex

Subutex can be prescribed by eligible healthcare providers who have either completed specialized training or have received a waiver to prescribe Subutex.

Getting prescribed Subutex will involve setting up an appointment and undergoing an assessment with a healthcare professional who is authorized to prescribe Subutex.

❓ What Type Of Drug Is Subutex?

✔️ Subutex belongs to a class of drugs known as opioids. These drugs are commonly prescribed as painkillers. Unlike most opioids, however, Subutex is what’s known as a partial agonist.

Although Subutex similarly depresses the central nervous system, the effects of Subutex are weaker. It’s also less likely to be misused than most other opioids.

Read more about who can prescribe Subutex

✔️ Subutex is a sublingual tablet. It is white in color and oval-shaped. Subutex tablets are imprinted with either a ‘B2’ or ‘B8’ on their face, depending on the dosage/strength.

Read more about how to identify a Subutex tablet

❓ Is Subutex The Same As Suboxone?

✔️ They’re similar but not the same. Subutex is a medication that contains buprenorphine.

Suboxone is a combination product that contains buprenorphine and naloxone, an opioid antagonist that can reverse opioid overdose.

❓ What Happens If I Swallow Subutex?

✔️ Swallowing Subutex is not recommended. This can reduce its effectiveness, or cause it to not work as well.

Read more about the side effects of swallowing Subutex

❓ How Often Can You Take Subutex?

✔️ Subutex is typically prescribed for use once a day. Depending on the prescribed dosage, this may involve taking one, two, or more tablets.

Taking doses of Subutex more often than prescribed, or in higher doses, can be dangerous. It can also be a sign of drug abuse.

Read more about how often you can take Subutex

❓ How Long After Taking Subutex Can You Eat?

✔️ Subutex is a medication that is meant to dissolve on the tongue. It’s important to wait until after the tablet has fully dissolved before eating or drinking, as this could reduce its effectiveness.

Read more about when to eat after taking Subutex

❓ Does Subutex Get You High?

✔️ Subutex can cause mild euphoric effects in low to moderate doses. However, it doesn’t get a person high in the same way that full opioid agonists like heroin can.

Read more about the possible euphoric effects of Subutex

❓ Can You Overdose On Subutex?

✔️ Subutex overdose can occur if someone takes a very high dose of Subutex, or if they mix it with other depressants such as alcohol, benzodiazepines, or other opiates.

This can cause severe breathing problems, or respiratory depression, which can be life-threatening.

✔️ Subutex is safe and effective when taken as directed by a doctor. For many, Subutex can play an important and beneficial role in a person’s treatment during the early stages of recovery.

Opioid addiction affects an estimated 1.6 million people in the United States. If you or a loved one is addicted to opioids, you’re not alone. Help is available.

For more information about Subutex and to find addiction treatment near you, call our helpline to learn more today.

Medically Reviewed by
Johnelle Smith, M.D on July 14, 2021
Questions About Treatment?
Get confidential help 24/7. Fill out the form below for:
People also read
Medication-Assisted Treatment (MAT) What Is Buprenorphine Used For? What Is Suboxone Used For?