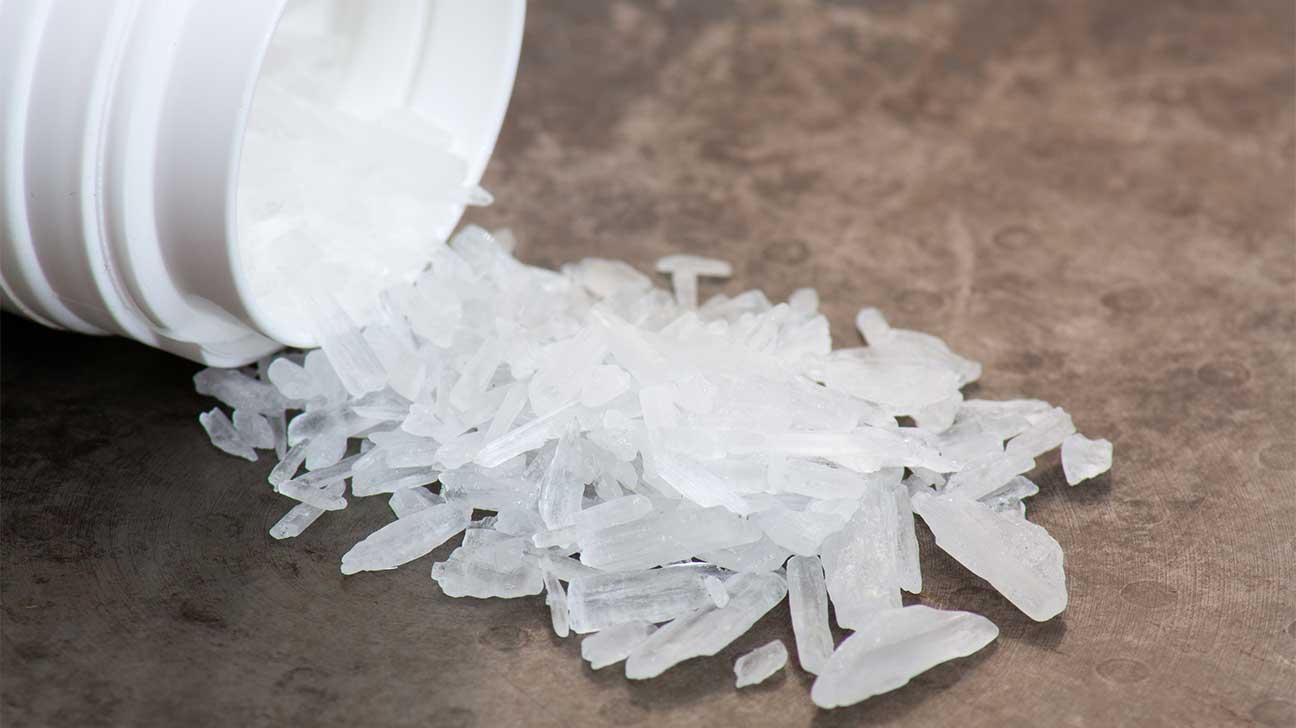 Plugging crystal meth can cause a range of dangerous side effects and health consequences, including long-lasting damage to the bowels, infections, and drug addiction.

What Does Plugging Mean?

Plugging is a term that is used to describe the insertion of substances like crystal meth into the rectum. This route of administration is sometimes referred to as “booty bumping,” rectal use, or rectal administration.

Drugs that are sometimes plugged include:

Crystal meth is an illicit substance, meaning it is illegal for recreational use in the United States. Both prescription drugs and illicit drugs can be plugged to achieve desired effects.

Why Do People Plug Crystal Meth?

Methamphetamine can be used in a variety of ways, including by intravenous injection, insufflation (snorting), inhalation, and smoking. The reason why someone chooses to take meth rectally can vary from person to person.

Reducing Harm Of Meth Use

When using proper techniques for rectal use, plugging meth has been described by some harm reduction advocates as a way to use meth without developing track marks or abscesses seen among people who inject meth.

Rectal administration can also allow people to avoid side effects of snorting drugs, such as nasal irritation, or effects on the lungs from inhalation.

Even so, plugging meth is not safer than snorting, smoking, or injecting it. In addition to the general side effects of meth, plugging meth carries a high risk for overdose, damage to the rectal tissue, and other long-term health consequences.

Rectal administration has a high bioavailability rate. This means that drugs that are taken rectally can produce more powerful effects in small doses, compared to other methods of drug use.

Plugging drugs like meth can cause effects to kick in very quickly, as a result of how quickly the drug reaches the bloodstream. For people who are addicted to meth, or are searching for a high, this can be a primary motivator to “booty-bump” meth.

Side Effects Of Plugging Meth

Meth is a powerful stimulant drug that boosts the activity of dopamine in the brain. Dopamine is involved in bodily movement, mood regulation, and the brain’s pleasure and reward system.

Rectal methamphetamine use can cause a range of effects on physical and mental health through its rapid delivery of the drug into the bloodstream. Some effects can be felt within minutes.

Physical and psychological effects of plugging meth can include:

Additional side effects of plugging can also occur without the use of proper lubrication, or if someone attempts to plug crystal meth without fully dissolving it into a liquid.

Plugging crystal rocks without fully dissolving them may cause damage to external tissue and infection.

Methamphetamine can be dangerous when abused. As an illicit substance with a high potential for abuse, plugging meth carries a high risk for drug dependence and addiction.

Becoming addicted to meth makes it difficult to stop taking the drug and may lead people to desperate and dangerous measures to continue their drug use.

Plugging meth is a sign of drug addiction, and can also lead to addiction very quickly due to its rapid and powerful effects on the brain.

Short-term and long-term dangers of plugging meth include:

Plugging meth can increase the risk for contracting sexually transmitted diseases (STDs) and STIs such as hepatitis C, hepatitis A, and HIV.

There are several reasons to explain this increased risk:

Drug toxicity, or overdose, can occur following the excessive use of one or more drugs at once. Overdose is a higher risk among people who insert drugs rectally for a couple of reasons.

First, plugging meth causes greater absorption of the drug into the body. People can overdose after taking smaller doses this way than they might if they took the drug orally. In addition, it can be difficult to gauge how much meth you’ve taken when inserting it rectally.

Signs of meth overdose include:

Overdosing on meth has the potential to cause organ damage, stroke, and sudden death. If someone you know is experiencing signs of an overdose after plugging meth, call 9-1-1 or poison control right away.

Treatment For Meth Abuse And Addiction

Plugging meth is often a sign of drug addiction. If you or someone you know is abusing or addicted to meth, there are many different options for treatment.

Treatment options for meth addiction include:

It’s never too soon to seek help for a drug problem. Call our helpline today to learn more about how to get help for substance abuse and to find meth addiction treatment near you.

Medically Reviewed by
Johnelle Smith, M.D on February 12, 2021
Questions About Treatment?
Get confidential help 24/7. Fill out the form below for:
People also read
Plugging Drugs: What Is Plugging (Rectal Drug Use)? Snorting Meth (Insufflation) Methamphetamine Addiction Dangers Of Sex And Crystal Meth Snorting Vs. Smoking Meth