Mixing Adderall And Ativan: Dangers And Side Effects

Because Ativan and Adderall have opposite effects, mixing them together can cause them to cancel each other out leading an individual to take more of the drug. This can lead to a life-threatening overdose or other serious health problems. 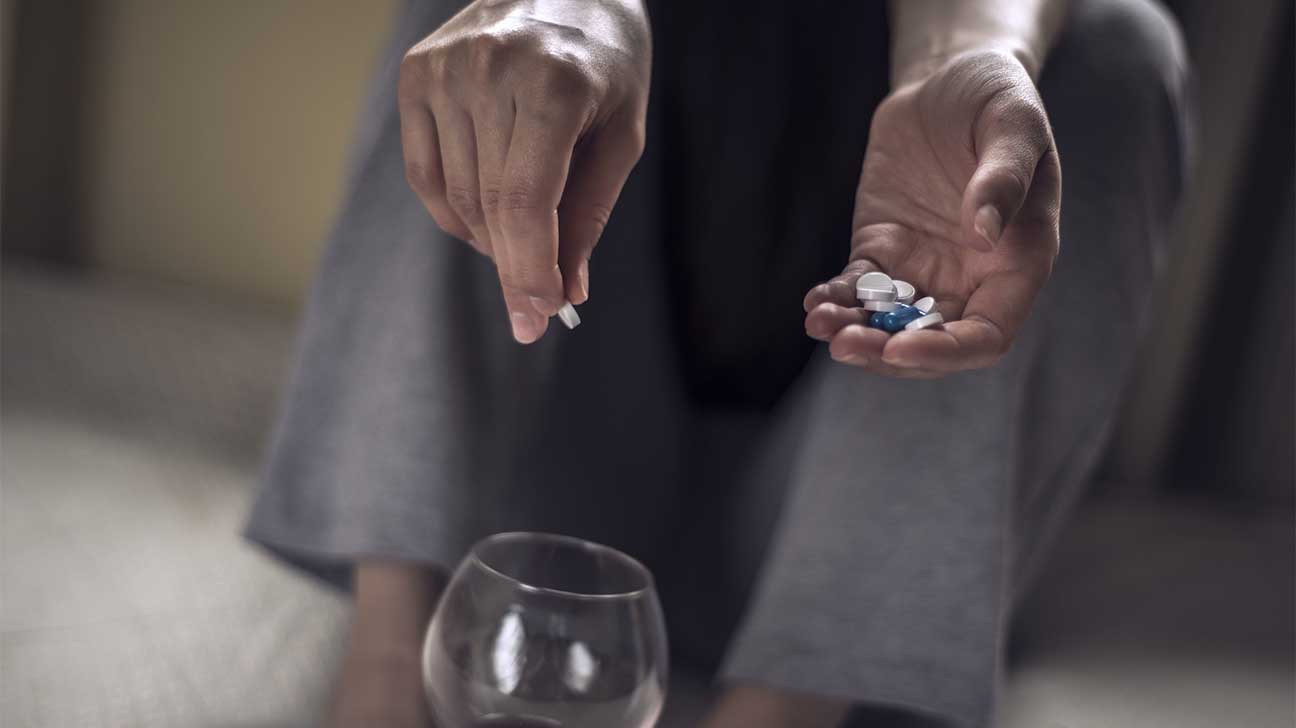 Adderall and Ativan are prescription medications that are prescribed for opposing purposes. Ativan slows the central nervous system response to stress and uncomfortable situations so that a person will have less anxiety.

Adderall speeds it up to help those who have ADD or ADHD be able to concentrate better and stay more alert. Unfortunately, some people mix them together. Mixing drugs is a way for people to extend the high they feel or prevent withdrawal symptoms from other drugs they might be taking.

However, mixing Adderall and Ativan is dangerous because it increases the risk of an overdose. Other health problems can be caused by this combination, too.

Those who are currently abusing Adderall and Ativan together should learn the following information about the dangers and side effects which can happen if they don’t seek help.

Is It Safe To Mix Adderall And Ativan?

Mixing Adderall and Ativan together isn’t safe because it causes severe stress on the body and mind from the opposing interactions between the medications.

Ativan is classified as a benzodiazepine, anticonvulsant, and antiemetic. It is prescribed mainly to people who have insomnia or an anxiety disorder because it has a sedative effect on the body’s central nervous system. Adderall is an amphetamine which works by producing calming effects which lead to higher concentration.

In most people, it speeds up the central nervous system so that they feel energetic, anxious, and aggressive. But when it is given to someone who has ADD or ADHD, it has the opposite effect. These individuals have different brain chemistry than those who don’t have an attention disorder.

Any abuse of prescription drugs is considered unsafe for several reasons. First, abusing the drugs by a different delivery method, such as crushing and snorting the pills instead of orally ingesting them, can cause them to take effect faster than normal. If the medication is meant to take effect slowly over time, this can force the effects on the body more quickly than taking it as prescribed.

Secondly, since Adderall and Ativan create opposing effects in the body, mixing them can mute side effects of the drugs within the body. This means a person may take more of either or both drugs before the first dose has worn off, which can cause a buildup of the drugs in a person’s system. Excess Adderall or Ativan in the body increases a person’s risk of overdose.

People mix prescription drugs for several reasons. The first is to extend their high or the feeling of euphoria they get from one of the substances they are taking. It also helps take the edge off the withdrawal symptoms they may be having as the effects of one of the medications begins to wear off.

Lastly, prescription drugs are mixed when one of the medications has uncomfortable side effects. For example, amphetamines, like Adderall, can cause a person to feel tense and anxious. They might take benzodiazepines, like Ativan, with amphetamines because they believe this will help them feel calmer.

Since Adderall is an amphetamine, it is also a stimulant. When Adderall is used as directed, it works to help calm people with attention disorders and help them concentrate. When abused, it works like a stimulant and excites the central nervous system.

Adderall abuse can cause the following adverse side effects:

Side Effects Of Ativan Abuse

In contrast, Ativan (a benzodiazepine) works to depress or slow the central nervous system. Use of benzodiazepines tends to lead to dependence, but the drugs are also highly addictive.

Ativan abuse also causes severe side effects, such as:

Dangers Of Mixing Adderall And Ativan

One of the most common misconceptions about mixing Adderall and Ativan is that the opposing effects of the drugs will cancel each other out. This is far from the truth.

The dangers of mixing Adderall and Ativan occur because each of the medications have a long half-life in the body. Ativan stays in the body for about 12 hours. Adderall wears off in about 14 hours.

When the medications are taken together, the heart, lungs, and brain stay stressed for nearly half a day as they get pushed and pulled in two different directions. Sometimes, the stress is so severe that it can cause a heart attack or other medical emergency.

Both Adderall and Ativan are highly addictive. One of the most dangerous parts of taking either medication is that they can cause physical dependence very quickly.

Physical dependence occurs when someone’s body becomes so used to having a drug present that it begins to adapt all of its important system responses to adjust to the changes.

Neurochemicals in the brain and functioning of the heart rate, blood pressure, and breathing are all altered accordingly. When someone tries to stop taking the medication, this causes severe withdrawal symptoms until their body is able to reestablish the healthy system levels again.

There is an increased risk of suffering from an overdose when Adderall and Ativan are combined because a person might attempt to take extra medications to try to balance themselves out.

For example, since benzodiazepines cause severe fatigue, more Adderall might be used to increase energy. If someone is feeling anxious and having trouble sleeping from too much Adderall, they might take more benzodiazepines.

Unfortunately, an overdose to this particular combination isn’t easy to treat because no medications can be given to treat the overdose until the effects of both medications have worn off.

Sometimes, doctors can try to remove the extra pills by pumping out the contents of a person’s stomach. This is only beneficial if the pills haven’t dissolved yet.

As you can see, prescription drug abuse is dangerous because it can result in adverse side effects or lead to a drug overdose that is difficult to treat.

If you or someone you know is combining Adderall and Ativan, the best thing to do is get treatment at a drug rehab facility that can get you through the detoxification process safely. For help finding the best rehab program for your individual needs, contact one of our treatment specialists today.