Alcohol And Antidepressants: Side Effects, Risks, And Dangers

Mixing alcohol and antidepressants can be a dangerous combination. If you or a loved one may be drinking while on antidepressants or struggling with substance abuse, here are the biggest dangers to be aware of. 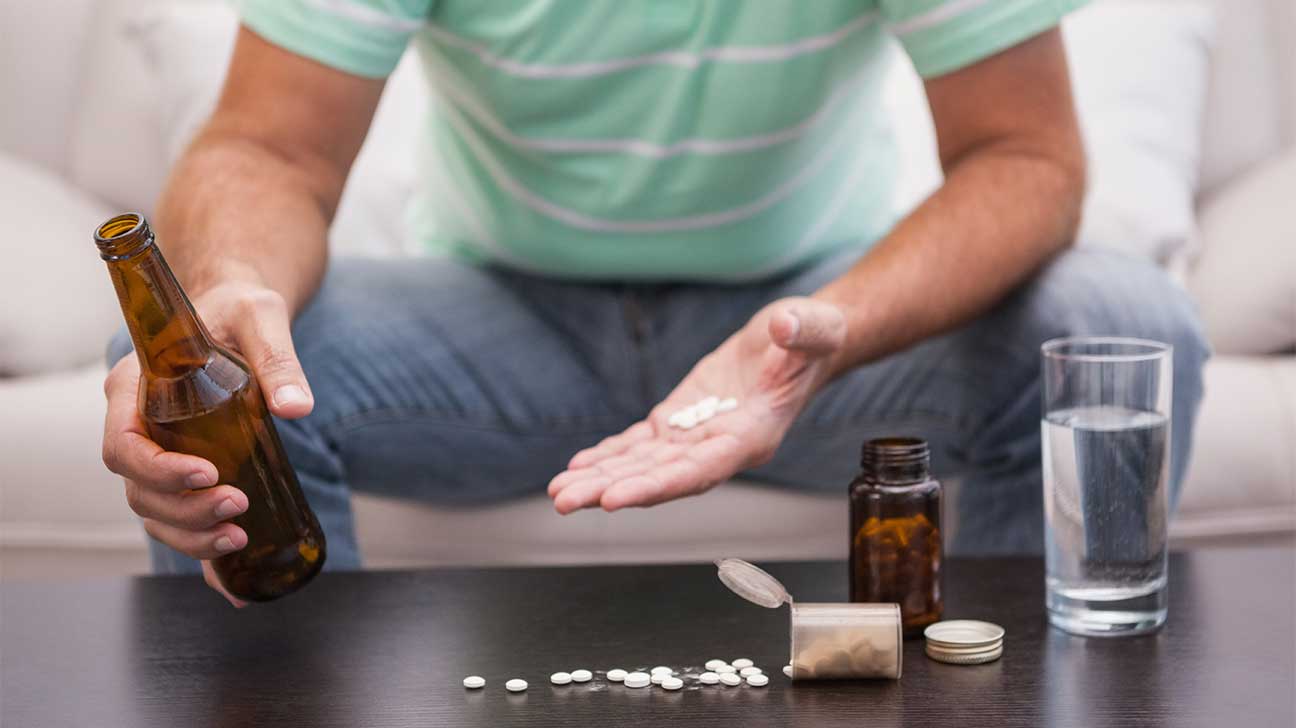 Antidepressants are commonly used in the United States to help treat depression and anxiety. Still, they can cause potentially serious side effects that are worsened when drinking alcohol. For this reason, it’s generally recommended that antidepressants and alcohol aren’t mixed.

Some of the most serious potential risks of mixing alcohol and antidepressants may include:

Unfortunately, a lot of people who struggle with mental health illnesses, like depression, may also struggle with substance use disorders including alcohol abuse or addiction. That means that people who are taking antidepressants may be at a higher risk of abusing alcohol, which can be dangerous.

If you or a loved one may be mixing alcohol and antidepressants, it’s important to be aware of how the two substances work in your body and how combining them could lead to potentially severe short-term and long-term side effects.

The Dangers Of Drinking Alcohol While Taking Antidepressants

Mixing alcohol and antidepressants can be extremely dangerous. Alcohol is a central nervous system depressant, which means it works to slow down the body and brain. That’s why people who drink may feel effects similar to sedation such as drowsiness, dizziness, or loss of control.

These effects can be worsened when alcohol is being abused. Side effects of the specific antidepressant may also be amplified when taken alongside alcohol.

In addition to the substance interactions, alcohol, in general, may worsen the symptoms of depression. While this can lead to an increased risk of suicidal thoughts, it also makes the symptoms much more difficult to treat.

While all of these risks can range from mild to severe, it’s important to know that mixing alcohol and antidepressants can also increase the risk of overdose. This could take the form of alcohol poisoning, heart-related problems, or a stroke.

Side Effects Of Mixing Alcohol And Antidepressants

While the risks and dangers associated with mixing alcohol and antidepressants can be severe, it is possible to experience a variety of more mild side effects.

Some of the most common side effects of mixing alcohol and antidepressants may include:

Most of these side effects are short-term and may only be present in the hours following alcohol consumption.

Other side effects, like high blood pressure and new or worsening depression, may develop over time. Of course, these dangerous reactions can lead to life-threatening symptoms such as suicidal thoughts or heart-related problems.

In addition to potentially mild short-term side effects, drinking alcohol while taking antidepressants can also have more severe risks, including an increased risk of overdose.

Alcohol can stop antidepressants from working correctly, and it can worsen the symptoms of depression. This can lead to increased mental health problems, which can lead to an increased risk of suicidal thoughts or actions.

Additionally, drinking alcohol alongside specific antidepressants may cause a sudden spike in blood pressure. This can lead to potentially fatal heart problems or even a stroke.

Alcohol may also be easily abused if a person has developed an alcohol dependence or is struggling with severe depression. Both of these factors can lead to an increased risk of an alcohol overdose.

If you suspect an overdose, call 911 immediately.

How Does Alcohol Affect Different Types Of Antidepressants?

There are a variety of antidepressants that a doctor may prescribe, and they each work a little differently.

Four of the most common types of antidepressants include:

MAOIs are generally highly effective antidepressants that work by blocking the activity in one to two specific enzymes. Popular MAOIs include Emsam (selegiline) and Parnate (tranylcypromine), among others.

When MAOIs are combined with alcohol, potentially serious heart-related side effects can occur. There’s also an increased risk for dangerously high blood pressure when MAOIs are mixed with beer or wine, specifically.

Finally, TCAs may cause side effects such as tiredness or a lack of coordination on their own, which can be made worse with alcohol. These medications include Norpramin (desipramine), Tofranil (imipramine), and others.

Unfortunately, alcohol use disorder has been linked to depression. A lot of people who struggle with substance use disorders are also diagnosed with mental health disorders.

In fact, a national survey has reported that half of the people who are diagnosed with mental illnesses at some point in their lifetime have also had problems with a substance use disorder.

Some of the common symptoms of depression include:

Alcohol can worsen the symptoms of depression, including suicidal thoughts and actions, which makes it a dangerous substance to abuse.

The symptoms of depression may also lead to increased alcohol abuse if a person is seeking short-term relief. Unfortunately, the long-term effects are often not quite as positive.

If you’re afraid that you or a loved one may have developed an alcohol use disorder, here are a few symptoms to look for:

These symptoms may also be worsened by depression or antidepressants themselves. If you’ve noticed any of the above symptoms in yourself or someone you know, it’s important to seek the advice of a treatment specialist or healthcare provider.

If you, one of your family members, or other loved ones are having problems with depression and addiction, don’t put off getting help. Contact an AddictionResource.net treatment specialist today to learn more about finding a dual diagnosis treatment facility that works for you.