Alcohol And Heroin: A Deadly Combination

Combining two central nervous system (CNS) depressants like alcohol and heroin is a recipe for disaster. There are significant negative side effects, and may even result in death. 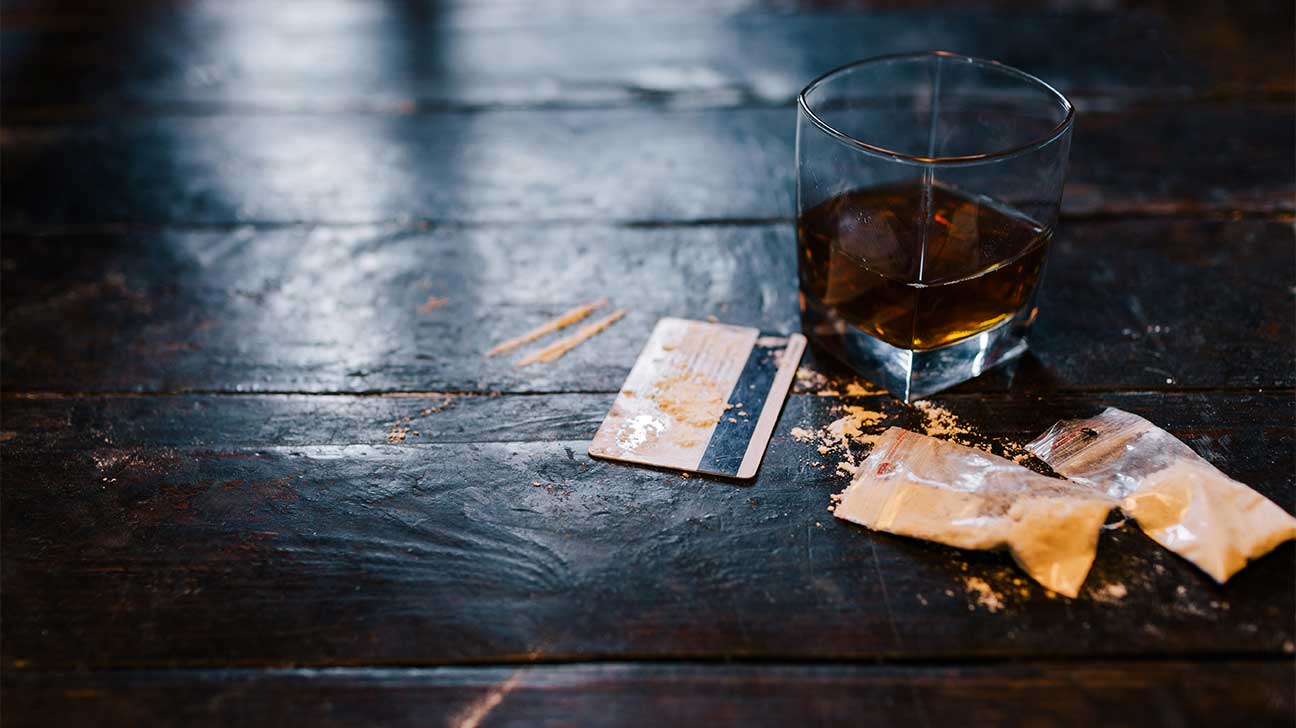 Research has shown that a significant number of people who struggle with addiction abuse more than one substance. While combining them can lead to intense intoxication, it can also lead to severe side effects.

Alcoholism can often be a precursor to a substance use disorder, mainly due to the increased likelihood that a person who abuses alcohol may also abuse other substances, such as marijuana, cocaine, prescription pills, or heroin.

Mixing alcohol and heroin causes an extreme level of sedation and euphoria. However, this combination of alcohol and heroin can also heighten the potential for negative side effects, increase the possibility of dependency and addiction, developing health issues, raise the risk of overdose, and, in some cases, death.

Data has shown that a large number of the people who have experienced a heroin overdose were also combining heroin with another sedative-like drug, including alcohol.

An opioid, derived from the opium poppy, heroin is highly addictive. Heroin has been classified by the Drug Enforcement Agency (DEA) as a Schedule I narcotic. Schedule I narcotics have no medical purpose and are illegal to sell, distribute, and purchase.

Heroin is illegally sold as a white, brown, or pink powder, or a sticky, black substance (often called black tar heroin). Most forms of heroin can be smoked or injected, the powder forms can be snorted as well.

All of the methods of abusing heroin provide a quick pathway into the bloodstream and then to the brain. Once heroin rushes to the brain (within seconds/minutes), the heroin binds to receptors in the brain. The brain has specific receptors that heroin attaches to, called opioid receptors.

Opioid receptors are located throughout the brain and primarily are involved in either pleasure or pain. When heroin activates these receptors, the person feels intense euphoria, and feelings of pain dissolve.

There are also opioid receptors located in the brainstem, which controls automatic functions like breathing, heart rate, and regulating blood pressure. When a person overdoses on heroin, it depresses these body functions and can result in death.

Long-term heroin use often results in changes in the brain. Eventually, the brain builds up a tolerance and will need more heroin in order to feel the same effects of a previous lower dose.

Chasing that previous high can compel a person to use larger amounts of heroin, or abuse additional drugs. Alcohol is often abused with heroin because it can increase and extend the euphoric effects of heroin.

Combining alcohol and heroin may also lead someone to be more social and experience a more intense pleasure response. However, heroin and alcohol combinations also end up causing unwanted, dangerous side effects.

When a person abuses heroin, the initial effects of the drug are almost immediate.

The rush that is sought after by those who abuse or are addicted to heroin comes with an additional set of undesirable side effects, such as:

Side effects of heroin use are magnified if the person is also using another CNS depressant, like alcohol, barbiturates, benzodiazepines, or other opioids.

Over time, a long-term heroin addict will experience the aforementioned side effects. These effects can be more intrusive and pervasive if the person is abusing additional substances, like alcohol.

Some of the long-term effects of heroin include:

Abusing alcohol to the point of severe intoxication, or combining alcohol with heroin, can quickly lead to an alcohol overdose. Even moderate use of alcohol combined with opioids, like heroin, can result in a dangerous overdose.

Medical intervention is necessary when a person who has been consuming alcohol and using heroin starts to experience the above symptoms.

Hazards When Combining Alcohol And Heroin

It is very dangerous to mix heroin and alcohol, the effects of each drug are intensified, risk of overdose amplifies, and the risk of long-term damage to the body is also increased.

The combination of alcohol and heroin often results in mood swings, drastic lack of inhibitions, excessive drowsiness, and unmanageable vomiting.

Research has shown that high levels of alcohol and heroin result in interactions between the two substances within the body. These interactions change how heroin and alcohol are metabolized and processed and could be a contributing factor to increased risk of overdose.

One of the most hazardous effects of mixing heroin and alcohol is in the brain. Both substances are CNS depressants, which means they slow the brain down, which in turn slows the body down. The areas affected by heroin and alcohol control automatic body function, and slowing those functions down can increase the risk of organ failure.

Some of the dangerous effects of the heroin and alcohol combination are:

Respiratory depression can result in a lack of oxygen in the body. The body needs oxygen to maintain regular function. Depriving the body of regular flow of oxygen can permanently damage organ systems, result in overdose or death.

Prolonged oxygen deprivation may result in a level of sedation that can cause a person to slip into a coma or damage the brain.

Rehab For Heroin And Alcohol Addiction

Combining addictive substances is dangerous and often life-threatening. Polysubstance abuse, abusing more than one substance at a time, can be significantly more dangerous when the drugs impact the body and brain in the same way like heroin and alcohol do.

Reach out to us today, and we can help you locate a treatment facility that offers the type of substance abuse treatment that meets your needs.

Medically Reviewed by
Johnelle Smith, M.D on October 26, 2020
Questions About Treatment?
Get confidential help 24/7. Fill out the form below for:
People also read
Mixing Alcohol And Cocaine: A Deadly Combination Mixing Alcohol And Zoloft: Side Effects And Dangers Dangers Of Mixing Xanax And Alcohol What Is Speedballing? – Dangers of Mixing Heroin w/ Cocaine Mixing Adderall And Heroin: Dangers And Side Effects Mixing Alcohol And Antidepressants