Mixing Alcohol And Zoloft: Side Effects And Dangers

Alcohol and Zoloft may be abused together for the combined sedation effects of the drugs. Yet mixing alcohol and Zoloft can have a number of harmful side effects, including risk of overdose. 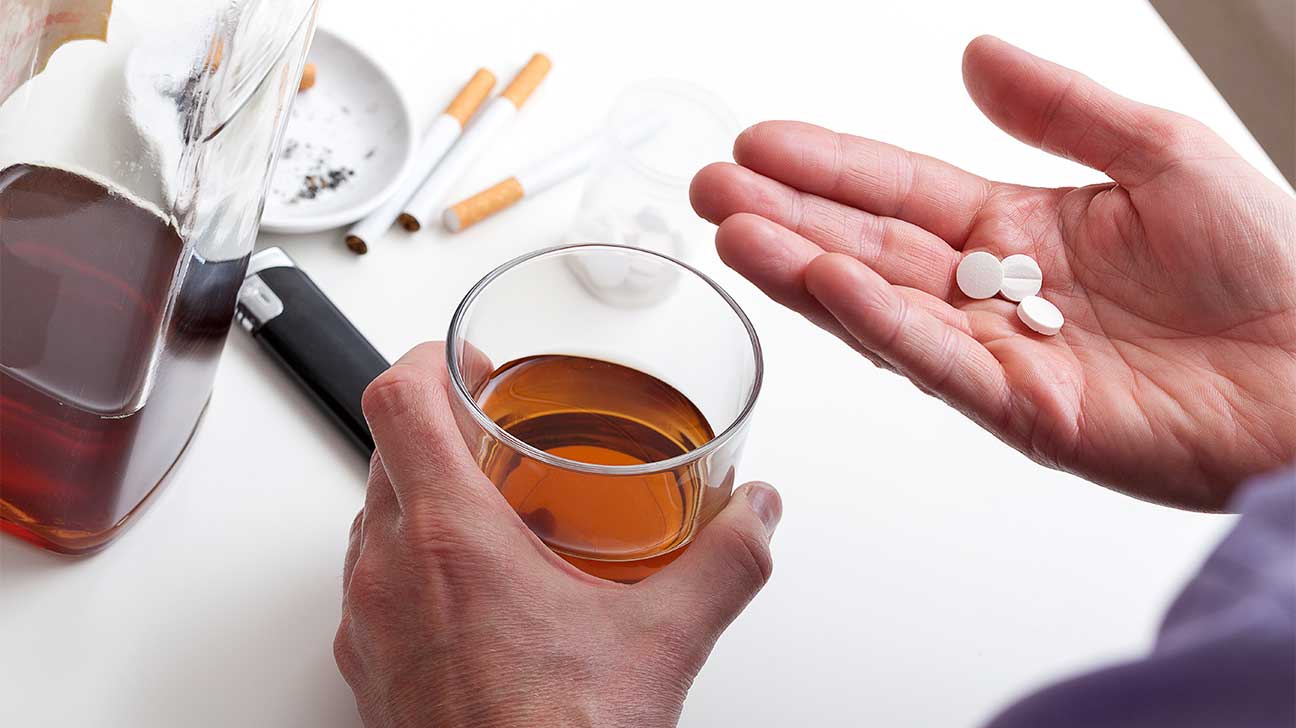 Zoloft is a brand name of the prescription medication sertraline that is used to treat depression, post-traumatic stress disorder (PTSD), social anxiety disorder, and certain other mental health issues. Sometimes, doctors also prescribe it to women who are having severe premenstrual syndrome symptoms, too.

When it is taken correctly, Zoloft works fast and effectively to help alleviate a person’s symptoms. But if it is combined with other substances as part of polydrug abuse, such as alcohol, serious interactions can occur. Because of this, it is important to understand the dangers and side effects of mixing alcohol and Zoloft.

What Happens When You Mix Alcohol And Zoloft?

Zoloft helps to alleviate the symptoms of certain mental illnesses because of the way that it affects brain chemistry. What people may not realize is that many mental illnesses are caused by physical health issues, such as the body not producing enough serotonin.

By correcting this issue with medication that can help boost the serotonin in the body, the symptoms of the condition can often be alleviated. As a serotonin reuptake inhibitor (SSRI), Zoloft causes the nerves that release serotonin to not be able to take the neurochemical back inside them as quickly. This way, there is enough serotonin left behind to boost a person’s mood.

When mixing alcohol and Zoloft together, the medication’s effects will be increased. This can cause dangerous health problems because alcohol also depresses the central nervous system.

Side Effects Of Mixing Alcohol And Zoloft

Those who have depression should avoid alcohol because it will likely make their mental health condition worse.

It should also be avoided by those who are taking Zoloft because Zoloft and alcohol can cause the following side effects when mixed together:

Side Effects Of Alcohol

Many of the side effects of alcohol occur when a person consumes the liquid on a long-term basis. But they can also develop when a person starts mixing Zoloft and alcohol as part of a polydrug abuse problem because of the way that the medication intensifies the effects of the depressant.

A few of the most important side effects of alcohol to know about include:

Side Effects Of Zoloft

Even when taken as directed, Zoloft can lead to a number of side effects.

Some of the possible side effects of Zoloft abuse include:

Increased Risk For Addiction And Dependence

Zoloft causes the body to become physically dependent on it because of the way that it changes brain chemistry. If someone abruptly stops taking it, they will develop withdrawal symptoms.

Alcohol can cause addiction and dependence issues, too. When the substances are combined on a regular basis, a person can have an even higher risk of developing a substance abuse problem than they would if they didn’t consume alcohol with their medication.

Dangers Of Mixing Alcohol And Zoloft

One of the scariest dangers of mixing these substances together is the risk of injury to other people. In a 2014 study, homicidal thoughts and actions and memory loss were reported in over half of the 201 pathological intoxication reports that were received regarding the disinhibition effects that the combination of Zoloft with alcohol caused in patients.

This resulted in the murder of 12 people. Pathological intoxication is often described as a brain syndrome that causes psychosis from a person consuming a small amount of alcohol.

The way that it often manifests is through the sudden display of aggressive, hostile behavior shortly after the ingestion of one or two alcoholic beverages with the medication. In order to diagnose the syndrome, the behavior must be vastly different than how someone would normally act.

Sometimes, people drink alcohol with their Zoloft medication so they can sleep better at night. This is largely because this type of serotonin reuptake inhibitor can cause insomnia as a side effect.

Taking this mixture at night is dangerous because it can make it difficult for a person to wake up in the morning, though. If someone attempts to drink alcohol with their medication during the day, it could result in them falling asleep while driving or performing other important tasks, such as caring for their children.

One of the side effects of Zoloft is dizziness. When a person drinks with the medication, they may find that this symptom starts to become debilitating because tasks that require the coordination of muscle movements are more difficult. This will make it much harder to climb stairs, pick up objects off the ground, or even go for a walk.

Intensified Effects Of Each Drug

When alcohol is mixed with Zoloft, the effects of both substances are substantially intensified. Zoloft makes a person become intoxicated quicker, and alcohol causes some of the side effects of Zoloft to worsen, such as nausea, dizziness, headaches, and vomiting. It can also increase the risk of suicidal thoughts and actions because of the way that it worsens depression.

An overdose on Zoloft can cause a person to die from organ failure. It can also lead to serotonin syndrome, which is a serious medical emergency that causes hyperthermia and deadly seizures.

Some of the signs of a Zoloft overdose include:

Treatment For Alcohol And Zoloft Abuse

Mixing alcohol and Zoloft together is extremely dangerous because it can lead to an overdose, deadly side effects, or harm to other people if someone develops pathological intoxication. But it isn’t safe for someone to try to wean themselves off alcohol or Zoloft. Withdrawal symptoms that could occur due to a dependence on either substance can make them very sick.

Because of this, it is best to seek treatment at a drug and alcohol rehabilitation center that specializes in polysubstance use disorders. For more information on Zoloft and alcohol, and how to find an addiction treatment facility near you, contact us today.

Medically Reviewed by
Johnelle Smith, M.D on May 11, 2020
Questions About Treatment?
Get confidential help 24/7. Fill out the form below for:
People also read
Mixing Vyvanse And Alcohol What Happens When You Mix Hydrocodone And Alcohol? Mixing Alcohol And Antidepressants