Some people that take cocaine also take opioids like fentanyl to ease certain negative effects. The combination of both drugs can lead to serious effects, including permanent physical damage, addiction and dependence, and possible overdose death. 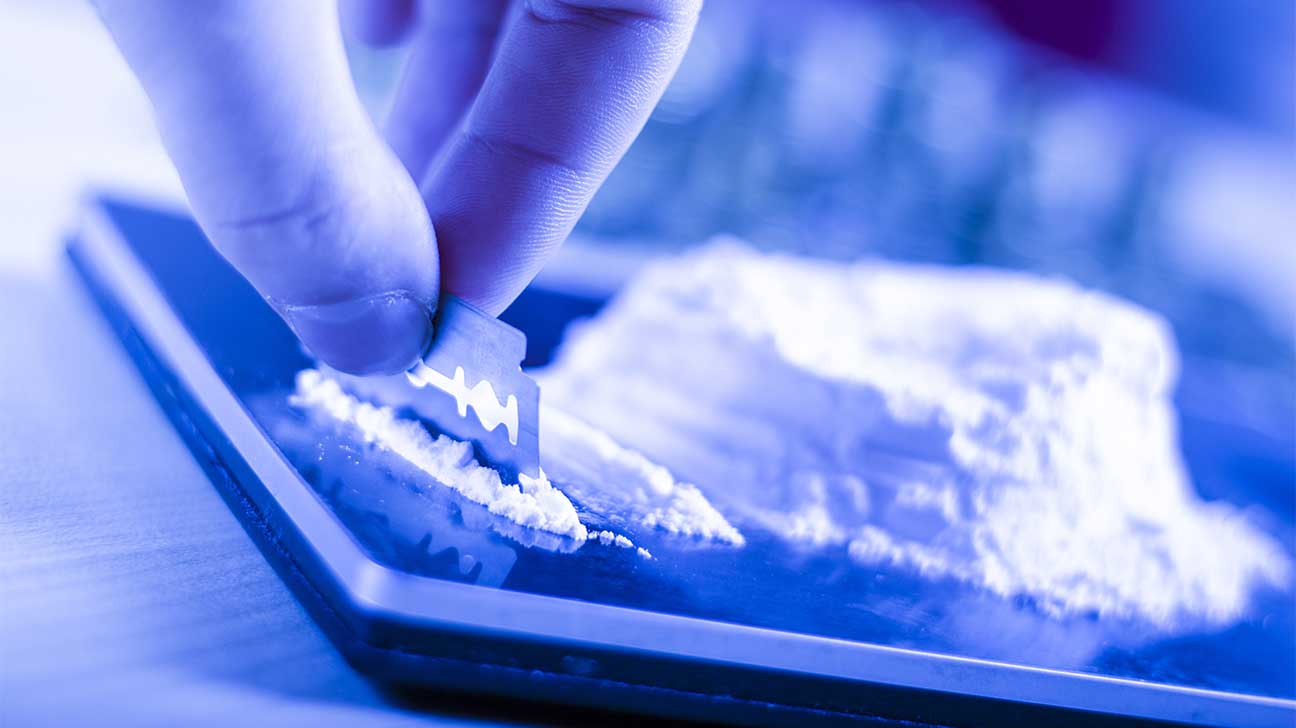 Both cocaine and fentanyl are highly addictive drugs that have wildly opposing effects on the body. They may be used together in a “speedball” where the two drugs “smooth out” negative effects.

Cocaine is a short-acting illegal stimulant that provides feelings of euphoria and high energy. Fentanyl is a highly potent prescription opioid drug that is 100 times more potent than heroin.

Fentanyl is commonly produced illegally and is sometimes mixed in with other opioids, amphetamines, and cocaine by illegal drug dealers.

The effects of both cocaine and fentanyl tend to offset feelings of anxiety and sluggishness that each drug produces.

Because cocaine is effective for a shorter time than fentanyl, using both drugs at once creates a possibility for fatal overdose effects when the cocaine’s effects wear off.

Why Do People Mix Cocaine And Fentanyl?

This method of ingesting these drugs works to amplify the high that cocaine produces, while easing some “comedown” effects of cocaine that include anxiety and agitation.

Cocaine offsets the sedation that comes with fentanyl use. Together, the drugs produce a strong high and sense of well-being without the perceived downsides.

However, because fentanyl is a powerful central nervous system (CNS) depressant with longer-acting effects, overdoses can easily occur.

Overdoses also happen when a person in an altered state takes more opioids or other CNS depressants before the body can process them.

Effects Of Combining Cocaine And Fentanyl

The variation in drug purity and potency with both cocaine and illegal fentanyl can cause unpredictable effects.

In general, the effects of fentanyl will outlast a single dose of cocaine. People that take speedballs may continue to binge on cocaine after the initial effects wear off.

Some effects of cocaine ingestion include:

Some effects of fentanyl intake include:

The combination of these two drugs results in fentanyl enhancing the reward mechanism of cocaine through dopamine channels.

Some hypothesize that the street drug dealers who lace cocaine with opioids like fentanyl do so to create dependence on their specific product.

Risks Of Mixing Cocaine With Fentanyl

Long-term and short-term use of cocaine and fentanyl — whether taken together or individually — can cause dangerous outcomes.

Dangers range from the increased risk of overdose when taken together to the high possibility of long-term health effects and dependence.

People that take depressants with stimulants run the risk of overdosing in either “direction” — depending on which effects wear off first and how much more of a drug a person takes.

The possibility of experiencing cardiovascular distress and rapid breathing from excessive cocaine consumption may happen when taking both cocaine and fentanyl.

Conversely, a fentanyl overdose can cause a severely slowed heartbeat and respiration rate to dangerously low levels.

Symptoms of a cocaine overdose include:

People that have overdosed on fentanyl can have effects rapidly treated by naloxone (Narcan) administration.
Cocaine overdose may require IV fluids, breathing support, or medications to stabilize affected organs, on a case-by-case basis.

Stress On The Mind And Body

Although cocaine and fentanyl produce competing effects on the body, both substances cause stress on the body due to long-term abuse.

A person that has abused cocaine with opioids like fentanyl may experience a range of long-term health problems.

Some long-term effects of cocaine and fentanyl abuse may include:

Mental health and psychiatric effects may persist due to chronic cocaine and opioid abuse.

Mental health effects of fentanyl and cocaine abuse include:

Because both cocaine and fentanyl trigger dopamine reactions in the brain, people that take these drugs associate the positive feelings of substance use with the behavior-reinforcement dopamine release.

This association between a substance and memory of positive feelings is the basis for addiction.

Fentanyl can cause physical dependence, which results in physical symptoms that occur when the drug is absent from the person’s system.

People that take either drug can develop tolerance to the drug, which means that a higher dose of the drug is needed to keep withdrawal symptoms away.

If you or somebody you know is engaging in substance use, there’s no time to lose. Recovery from substance abuse is possible, and it’s the best possible outcome after substantial drug use.

Typically, inpatient programs that include supervised detox and therapy will provide a quality environment for recovery.

Outpatient facilities for continued behavioral therapy allow those with substance use disorders to develop good skills for preventing relapse.

Call now for more information about the best rehab environment for your needs. We’re here to help.