Mixing depressants and stimulants can have serious consequences, including drug overdose, respiratory depression, and death. Mixing drugs can be a sign of drug abuse, which may require substance use treatment to overcome. 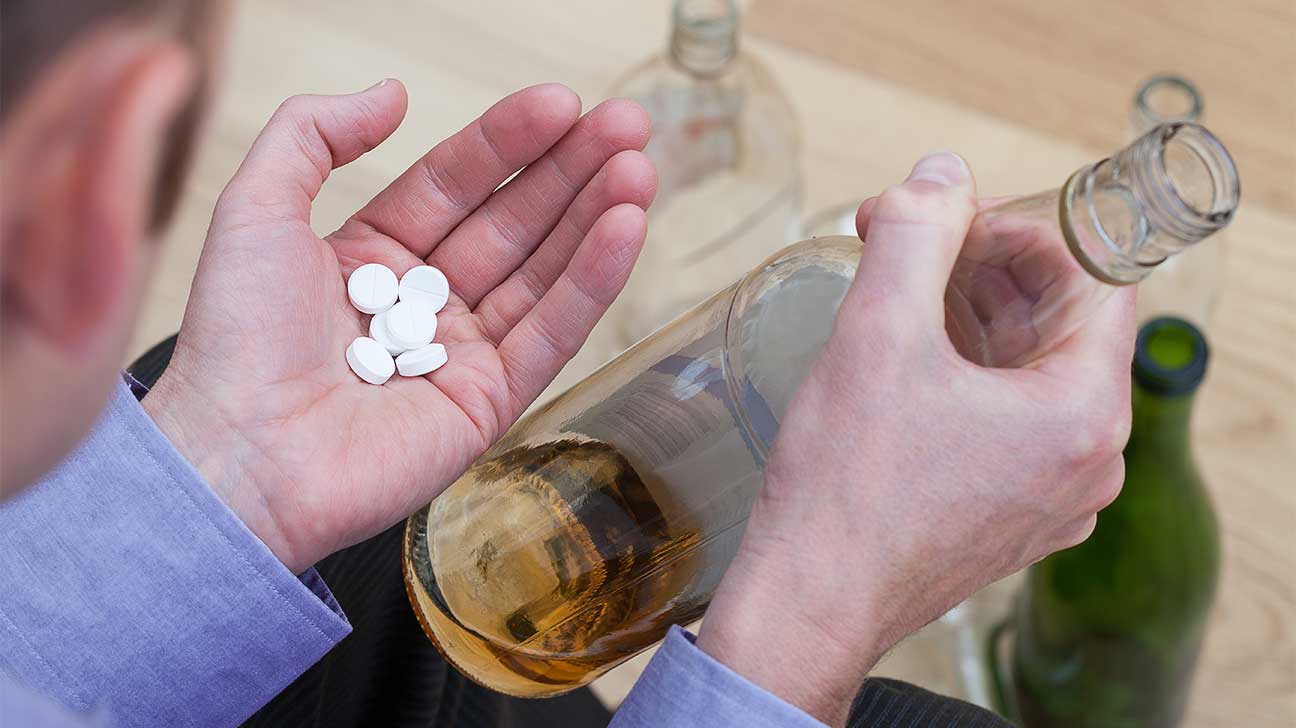 Mixing depressant and stimulant drugs is generally a sign of recreational drug use or drug abuse—both of which can come at high costs.

Polydrug use, or the use of multiple drugs at once, is responsible for the majority of drug overdose deaths in the United States. Mixing drugs can also increase the risk of developing a drug addiction.

Find out more about polysubstance abuse and addiction

What Happens When You Mix Depressants And Stimulants?

Depressants, sometimes referred to as “downers,” are substances that slow down activity in the body’s central nervous system, effectively sedating both physical and mental functions.

Stimulants, also known as “uppers,” have the opposite effect of depressants, in that they stimulate—rather than depress—central nervous system activity.

Mixing the two can create a push-pull effect within the body, effectively sending mixed messages to various systems throughout the body.

Potential side effects of mixing uppers and downers include:

The severity of these side effects can vary according to multiple factors, including the amount and types of drugs taken, and personal factors related to one’s health and substance use history.

Dangers Of Mixing Depressants And Stimulants

People who mix depressant drugs with stimulants may not be fully aware of the dangers or risks this can pose.

While these drugs are commonly known to mask, or cancel out, the effects of one another, the truth is that the scope of the effects can be much more hazardous.

Mixing depressants with stimulants may cause the following:

Together, this can place greater stress on the body, severely disrupting the functions of vital organs like the heart.

Alcohol is the second-most commonly used substance in the United States behind nicotine products. Although alcohol has some stimulant effects, it primarily acts as a depressant.

Combining alcohol with stimulants can be dangerous, and may lead to heart, kidney, and liver complications.

Effects and dangers of mixing alcohol with stimulants include:

Drinking while taking stimulants can increase the risk of getting into a motor vehicle accident, binge-drinking, developing drug or alcohol addiction, and fatal overdose.

Read more about what happens when you mix alcohol and stimulants

Benzodiazepine abuse generally occurs in people who misuse at least one other drug, such as alcohol, cocaine, or prescription stimulants like Adderall.

Benzodiazepines may be taken to enhance the euphoric effects of other drugs, to counteract stimulant effects such as insomnia, or to alleviate drug withdrawal symptoms.

Read more about the dangers of mixing benzodiazepines and stimulants

Millions of people in the United States report misusing opioids each year, including prescription opioids like oxycodone and the illicit opioid heroin.

Mixing opioids with stimulants, particularly illicit stimulants like cocaine or meth, can be deadly. Since 2010, drug overdose deaths involving psychostimulants and opioids have been on the rise.

Read more about what happens if you mix opioids and stimulants

Signs Of Overdose After Mixing Depressants And Stimulants

Mixing drugs is a major risk factor for drug overdose. If someone has collapsed or stopped breathing after taking multiple drugs, call 911 for emergency assistance right away.

With treatment, reversing an overdose is possible. This may require pumping the stomach, the use of activated charcoal, and acute hospitalization for further monitoring.

Treatment For Polydrug Abuse And Addiction

People who misuse multiple drugs are at a higher risk of developing a drug addiction. Overcoming drug addiction may require treatment in a substance abuse rehab program.

Treatment for polydrug abuse is offered at multiple levels of care. Physical dependence on one or more drugs may require detox to begin with, ideally followed by an intensive treatment program.

Many addiction treatment centers offer specialized treatment for people who have a history of polysubstance abuse, as well as treatment for co-occurring mental health disorders.

Mixing drugs is a common sign of drug abuse. Find answers to the most frequently asked questions about taking stimulants with depressants here.

❓ Is Alcohol A Stimulant?

✔️ Alcohol can have some stimulant effects, but it primarily acts as a depressant.

Alcohol slows activity in the body’s central nervous system and activates the brain chemical dopamine, which plays a role in regulating mood, pleasure, and motivation.

Read more about what type of drug alcohol is

❓ What Are Depressants Used To Treat?

✔️ When prescribed, depressants are commonly used to treat muscle spasms, anxiety, panic disorder, and insomnia due to their sedating effects.

Some depressants, like opioids, can also be effective for pain relief.

❓ What Are Stimulants Used To Treat?

✔️ Prescription stimulants, such as Adderall and Ritalin, can effectively treat symptoms of attention-deficit/hyperactivity disorder (ADHD) and narcolepsy when taken as prescribed.

Illicit stimulants, like cocaine and meth, have no acceptable use in the United States. Stimulants may reduce appetite and increase alertness, focus, and energy.

❓ Why Are Stimulants And Depressants Used Together?

✔️ It’s uncommon for stimulants and depressants to be prescribed together, largely because they counteract one another’s effects.

Taking both types of drugs at once is typically a sign of recreational drug use or drug abuse. For example, someone might take a downer to come down off an upper, like cocaine or meth.

Mixing drugs can also be a form of drug experimentation, particularly among teens and young adults. Some people may mix stimulants with depressants not knowing the potential effects.

Mixing drugs can increase their addictive potential, particularly when they are repeatedly misused over an extended period of time. In the short term, mixing drugs can also be deadly.

If you or a loved one is misusing multiple drugs, it may be time to seek treatment. By calling our helpline, we can help you find a treatment program that’s right for you.

To find an addiction treatment center near you, call our helpline for more information today.

Medically Reviewed by
Johnelle Smith, M.D on October 11, 2021
Questions About Treatment?
Get confidential help 24/7. Fill out the form below for:
People also read
Mixing Alcohol And Meth Mixing Xanax And Meth Mixing Adderall And Heroin