Mixing Dilaudid (Hydromorphone) And Alcohol: Dangers And Side Effects

Dilaudid is an extremely potent opioid that poses a high risk for addiction and dependence. Mixing Dilaudid with alcohol increases the chances of addiction and can lead to other serious health effects like slowed breathing and heart rate or even overdose. 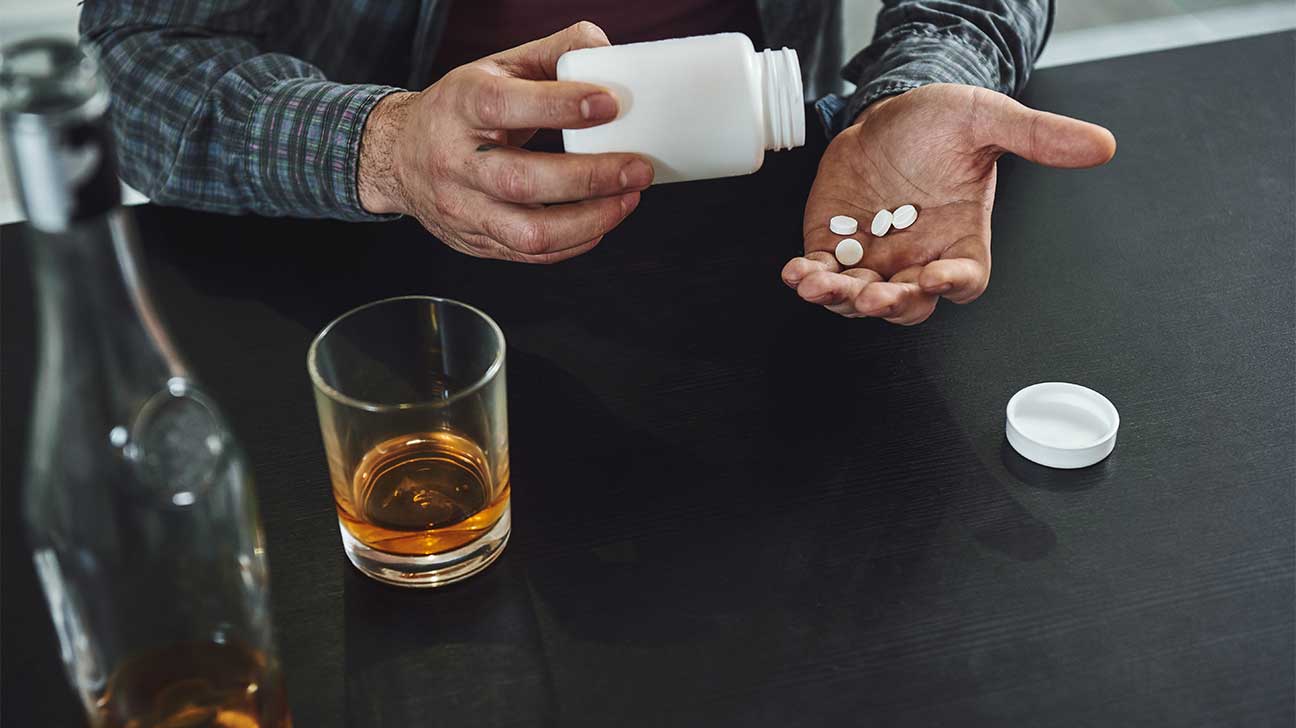 Dilaudid is a prescription medication that is used for the treatment of chronic pain. Since it is expensive, some people purchase the generic form of it, which is called hydromorphone, because this is the same active ingredient in the product.

Abusing Dilaudid can cause a whole host of serious side effects, including addiction and dependence, but some of the worst dangers occur when it is mixed with alcohol. Treatment programs can help addicted individuals quit use of Dilaudid and avoid some of the most dangerous risks of abusing the drug, such as overdose.

What Happens When You Mix Dilaudid And Alcohol?

Dilaudid is an opioid agonist, which means that it triggers a response from the opioid receptors in the brain. The way that it affects the body is by depressing the central nervous system so that a person will have a reduced reaction to stimuli that could cause them physical or emotional pain.

Alcohol is also a central nervous system depressant. When the two substances are mixed together, the side effects of Dilaudid and alcohol are more severe.

Side Effects Of Mixing Dilaudid And Alcohol

The most serious side effects of Dilaudid and alcohol being taken together are:

Side Effects Of Dilaudid Abuse

Because Dilaudid is an opioid, people often abuse it for the feelings of calm, relaxation, and euphoria it produces.

Some of the side effects of Dilaudid abuse include:

Side Effects Of Alcohol Abuse

Alcohol is the most widely abused drug in the United States. Many people do not consider their drinking habits to be alcohol abuse, which means they may drink alcohol regularly and not think about consequences of mixing it with their medications.

Long-term alcohol abuse can cause the following side effects:

Hydromorphone and alcohol should never be mixed together because the interaction of the drugs can be fatal. Alcohol exacerbates (worsens) the effects of Dilaudid in the body.

This can cause a person’s heart and breathing to stop, especially if they take a high dose of the substance with their alcoholic beverages. Doctors who prescribe this medication to a patient often ask them whether they drink alcoholic beverages on a regular basis.

Not everyone is honest when giving their answers, though. As a reminder, pharmacists add warning labels to the bottles whenever they fill the prescriptions for Dilaudid. Mixing alcohol with hydromorphone (or any opioid) is highly dangerous.

One of the main concerns of taking hydromorphone and alcohol together is the high risk of respiratory depression that can happen from the way that both of the substances depress the central nervous system.

The amount of each substance that it takes to cause a person to stop breathing can vary. There have been some reports of death from respiratory failure occurring after patients took just one or two milligrams of Dilaudid when they still had a small amount of alcohol in their system.

Most overdoses on alcohol and hydromorphone are accidental. A person simply forgets that they still have the pain medication in their system, so they have a few drinks with their friends.

If an opiate antagonist isn’t given in time to block the effects of the medication in the body, death will occur quite rapidly though.

Because of this, it is important to be able to recognize the following signs of an overdose on Dilaudid or alcohol:

A person can become addicted to Dilaudid in as little as two weeks of taking the medication. Physical dependence on the substance can occur in even less time.

What this essentially means is that someone can develop addiction and dependence issues the first time they receive a prescription for the medication for an injury or a chronic disease.

This often occurs because of the intense feelings of euphoria that the medication causes when it is first taken. After time passes, the feelings start to fade. This can cause intense cravings that make someone finish all of their medication faster than they are supposed to.

They may also attempt to mix other drugs with it so that its effects are intensified, such as alcohol or other morphine-based medications. Some addicted individuals may even turn to heroin because it is a much cheaper opiate.

Withdrawal From Alcohol And Dilaudid Abuse

The withdrawal symptoms from alcohol and Dilaudid abuse occur within several hours after the last dose of the medication has been taken. At first, a person will simply feel anxious and restless.

One or two days later, flu-like symptoms will begin, such as sweating, pain, and nausea. Hallucinations and suicidal thoughts are also possible. By the fourth day, the worst part of the withdrawal symptoms is usually over.

There will still be constant cravings, insomnia, and anxiety and depression to deal with for weeks to come. The severity of the withdrawal symptoms depends on how long someone is addicted to or physically dependent on Dilaudid and alcohol.

Treatment For Alcohol And Dilaudid Abuse And Addiction

Someone who has just started taking Dilaudid might think they will be able to quit using the substance on their own. This is highly inadvisable, because the withdrawal symptoms can make them very sick. If they struggle with alcohol abuse as well, this can also pose a risk to their health, as certain symptoms of alcohol withdrawal can be fatal in severe cases.

The constant cravings could also cause them to want to start taking the medication again or consume more alcohol as a coping method to get through the withdrawal symptoms.

A much safer way of handling an addiction or dependence on these substances is to seek treatment at a rehabilitation center that specializes in polysubstance use disorders. For more information on how to find a rehab center in your area, be sure to contact one of our treatment specialists.

Medically Reviewed by
Johnelle Smith, M.D on May 11, 2020
Questions About Treatment?
We offer 100% confidential substance abuse assessment and treatment placement tailored to your individual needs. Achieve long-term recovery.
People also read
Dangers Of Mixing Alcohol And Meth What Happens When You Mix Ativan And Alcohol? Mixing Alcohol And Antidepressants