Heroin And Benzodiazepines: Side Effects And Risks

Mixing heroin and benzodiazepines can lead to deadly overdose and chronic health problems. People that struggle with substance abuse involving one or more drugs should seek treatment before irreversible side effects occur. 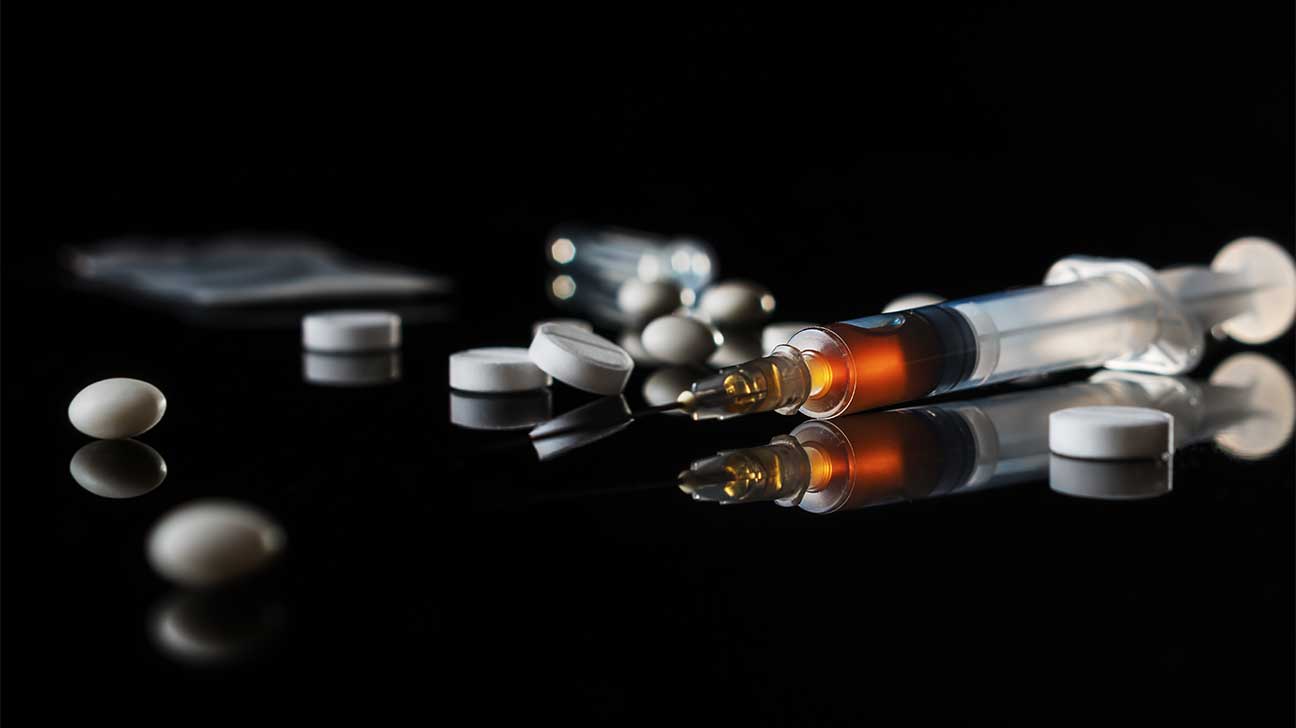 Combining opioid drugs like heroin with prescription benzodiazepines is known as polydrug abuse, or the abuse of two or more drugs at the same time.

People that combine depressants like opiates and benzos may experience serious side effects, including increased risk for addiction to one or both drugs, overdose, and death.

Why Do People Mix Heroin And Benzos?

People who have an addiction to benzos or a heroin addiction may combine the drugs to get compound effects. That is, they may be seeking a more potent high. However, this comes with dangers due to the side effects of each drug.

Heroin is a strong street opioid that is derived from processing poppy seeds. It is commonly used through injection and smoking.

Many people with a substance use disorder involving prescription opioids like fentanyl and oxycodone may turn to heroin as a more easily accessible drug.

Its effects as a central nervous system (CNS) depressant make it especially dangerous when combined with benzodiazepines or alcohol, which also function as CNS depressants.

Benzodiazepines are commonly prescribed to treat panic and anxiety disorders and can help manage seizures and insomnia.

Some benzodiazepines, like oxazepam, are useful for treating withdrawal symptoms, whereas Restoril (temazepam) is typically prescribed for insomnia. It is not uncommon to see healthcare professionals prescribing benzos to ease symptoms of alcohol withdrawal.

When benzos are abused, especially with other substances, the potential for addiction, physical dependence, and negative effects become more likely.

While it is not safe to mix heroin and benzodiazepine prescription drugs, this combination occurs often among those with a drug addiction.

Some common benzodiazepine and heroin combinations include:

Because heroin and benzos like Xanax are CNS depressants, they slow down vital systems and impact both heart and respiratory rate.

Taking these drugs together increases the likelihood of fatal overdose, heart attack, and brain damage.

Heroin is especially dangerous because as a street drug, there is no standard dosage or quality control that is typical of prescription drugs. Because of the variety of heroin purity and quality, an overdose can become more likely when used regularly.

Heroin creates a wave of euphoria lasting between 30 minutes to an hour. In addition to its analgesic properties, it causes slowed responses and extreme sedation.

Other people will snort, smoke, or inject benzodiazepines to amplify the intended effects of heroin.
Any combination of CNS depressants may combine to cause dangerous overdose reactions.

Benzodiazepines like Xanax and Valium may result in overdose symptoms when the body is unable to process a high volume of drug in the system. Overdose can also occur when other CNS depressants act to further slow down the system.

Counterfeit benzodiazepine pills that are sold on the street may be more powerful than branded pills, which may also contribute to overdoses.

Taken on their own, benzos may result in overdose symptoms including:

Heroin use is dangerous. In addition to concerns about purity and administration routes like smoking and needles, it can lead to a dangerous overdose. Some heroin is spiked with other drugs like fentanyl or cut with fillers, which lowers its effects.

When a heroin overdose occurs, Narcan (naloxone) can be used to prevent overdose deaths.

Heroin and opioid overdose can result in symptoms including:

Risk Of Developing Addiction Or Dependency

When taken together, benzos and opioids create an intense high originating from an influx of gamma-aminobutyric acid (GABA) neurotransmitters and a rush of serotonin. Heroin will help release dopamine and will bind to opioid receptors in the brain.

The combined euphoria and chemical release make the combination of these drugs particularly addictive. When the body begins to expect dopamine as a reward from heroin, then the body can become physically dependent on the drug.

Some benzos create a reward pathway by limiting the brain’s ability to monitor dopamine release. It is commonly known that drug addiction involving benzodiazepine prescriptions is intensely difficult to overcome.

In the long-term, opioid abuse results in terrible damage to many important systems and mental health.
Heroin abuse may result in serious brain injuries from the lack of oxygen sustained after an overdose, leading to permanent memory loss and symptoms that mimic dementia.

Abusing opioids like heroin can cause many serious effects, including:

People that abuse Benzos will typically experience some degree of tolerance to their initial intake.

This may result in a person taking more of the drug to achieve the same results, either to mitigate the effects of heroin withdrawals or emphasize desired effects.

Increasing doses of benzodiazepines without medical supervision can lead to dangerous overdose symptoms and lead to permanent negative effects. Long-term abuse of Xanax can make its effects less potent.

Long-term effects of benzo abuse may include:

When a person has used benzos and opioids either individually or as a pattern of polydrug abuse, they may encounter withdrawal symptoms after prolonged or intense periods of drug use.

Physical dependency may develop with continued use of either substance, and the body can react strongly to the absence of either drug in the form of withdrawal symptoms.

Benzos may be prescribed to help ease the effects of a difficult opioid detox like anxiety and irritability. But when a person has abused benzos, it makes for a more complicated supervised withdrawal process.

Withdrawal symptoms from benzodiazepine dependence can occur around a day after not taking the drug. Intense symptoms typically last a few days, while longer-lasting symptoms like cravings can carry on for months.

Benzo withdrawal symptoms may include:

Withdrawals from opioids like heroin can last several days, with certain symptoms persisting longer. The physical dependence that develops may make the body react very strongly to the sudden cessation of drug use.

Often, opioid tapering involving methadone is used to safely assist with opioid withdrawals. However, some people do become dependent on methadone in lower doses.

Symptoms of opioid withdrawals include symptoms may include:

Combined withdrawals from benzos and opioids may be deadly. Quitting cold-turkey is not suggested, and supervised detox is highly recommended.

Choosing to detox from addictive benzos and heroin creates a lower tolerance for the class of drug.
Relapses are a major reason for overdosing, since people may misjudge how much of a substance they need to get high.

Addiction to benzos and heroin affect you and your loved ones. If you need help stopping habitual drug use, we can help you.

Call our treatment specialist to learn about our range of addiction treatment options. Many times, inpatient detox can help provide a safe environment to begin sober living.

The risks of continued benzo and heroin use are not worth it. Take the first step towards a better life. We’re here to help.