Heroin and fentanyl are both extremely potent and addictive drugs. When these powerful opioids are mixed, there is a high potential for overdose and, in some cases, death. 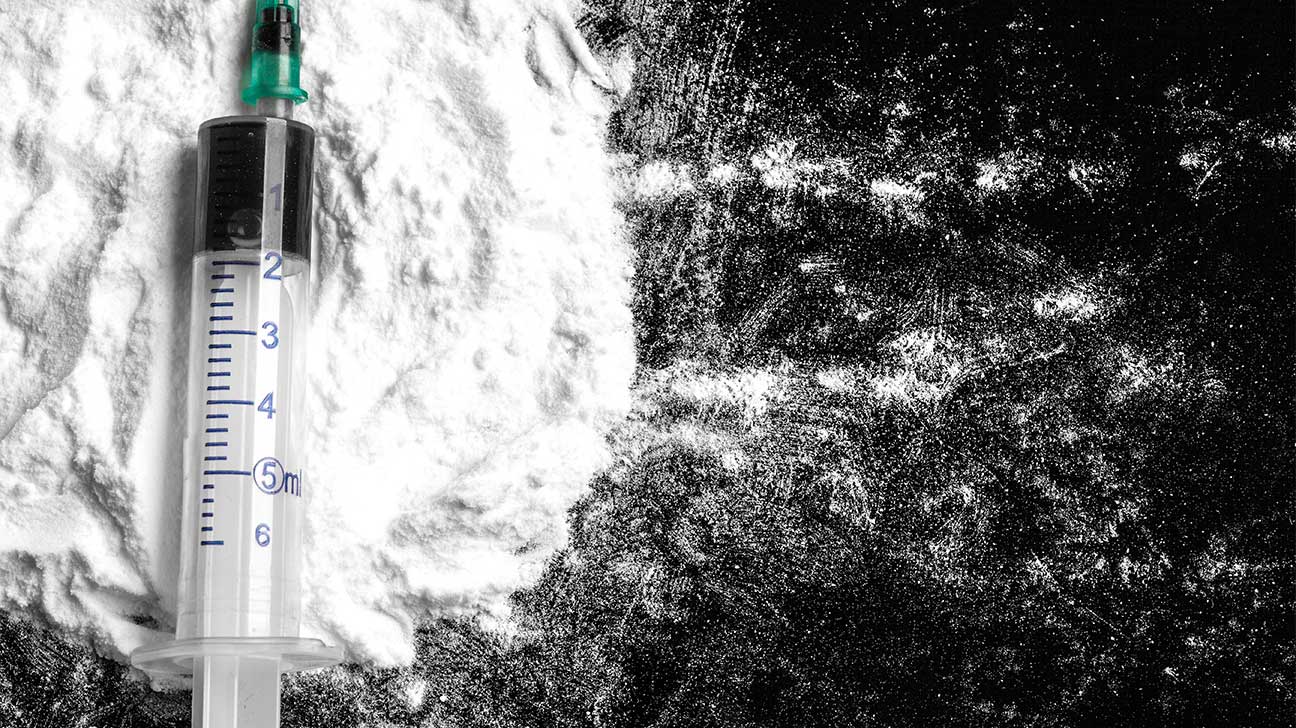 Heroin is a naturally occurring drug derived from poppy plants. Fentanyl is a synthetic opioid used in pain management, but can also be produced and sold illicitly.

Both of these drugs produce a similar effect on the body that provides a numbing, pain-killing feeling along with euphoria.

Some people may start off using prescription fentanyl for pain management, and eventually move on to heroin because they share such similar characteristics and effects on the brain.

Learn more about the dangers of mixing multiple drugs together

Heroin is often “cut” (diluted/mixed) with fentanyl in order to enhance the effect of the drug. But recent reports have proven this to be an extremely dangerous combination.

Cutting heroin with fentanyl increases the potency of both substances, which are already very strong as stand-alone drugs.

And because fentanyl is significantly more potent than heroin, mixing the two can cause a more severe opioid-induced intoxication and greatly increase the risk of death.

According to a spokesperson from the U.S. Drug Enforcement Administration (DEA), it takes very little to dangerously overdose on fentanyl, and amplifying the potency of fentanyl with heroin can be fatal.

Mixing Heroin And Fentanyl Can Be Life-Threatening

The DEA issued a public warning about fentanyl-laced drugs after there were 152 fentanyl-related overdose deaths in San Diego County alone in 2019.

If a person uses fentanyl and heroin at the same time, they may experience a range of serious to life-threatening effects.

A few of the immediate effects include:

Sudden death is a very real possibility when heroin and fentanyl are combined.

Why Is Mixing Heroin And Fentanyl Dangerous?

A person may not realize that they’ve purchased street heroin laced with fentanyl, or not know how much of a certain substance is involved when heroin is cut with fentanyl.

This means that there’s a good chance of accidental overdose, more often than not because people don’t know how much or what they’re consuming.

Overdose Reversal Drugs May Not Work When Mixing Heroin And Fentanyl

One important factor to consider is the fact that taking heroin and fentanyl together may hinder life-saving procedures needed in the event of an overdose.

Naloxone is used to block and reverse the life-threatening effects of opioids. One to two milligrams (mg) of naloxone is generally enough to save a life if just one substance is involved.

A heroin-fentanyl overdose may require three to five times more naloxone in order to stop the life-threatening effects of an overdose.

According to medical professionals commenting on heroin-fentanyl use, most people who overdose on fentanyl-contaminated heroin die before they can receive medical attention.

Treatment For Heroin And Fentanyl Addiction

Heroin and fentanyl use is steadily increasing at alarming rates across the United States. If you or a loved one are addicted to one or both of these substances, treatment is highly suggested.

In order to withdraw safely and maintain realistic sobriety, a treatment program equipped with medicine, trained professionals, community support, and other support is crucial.

Programs like medical detox, medication-assisted treatment (MAT), and many inpatient and outpatient rehab programs offer medically-assisted detox to ease the symptoms of withdrawal.

If you’re interested in learning more about addiction treatment for heroin or fentanyl, contact our helpline. We’ll help you to find a program that’s a good fit for your recovery needs.