Mixing Heroin And Marijuana: Side Effects And Dangers

Mixing heroin and marijuana can lead to multiple risk factors such as overdose, addiction, and in some cases, death. Marijuana cigarettes are sometimes laced with heroin, increasing the chances of overdose and other negative effects. 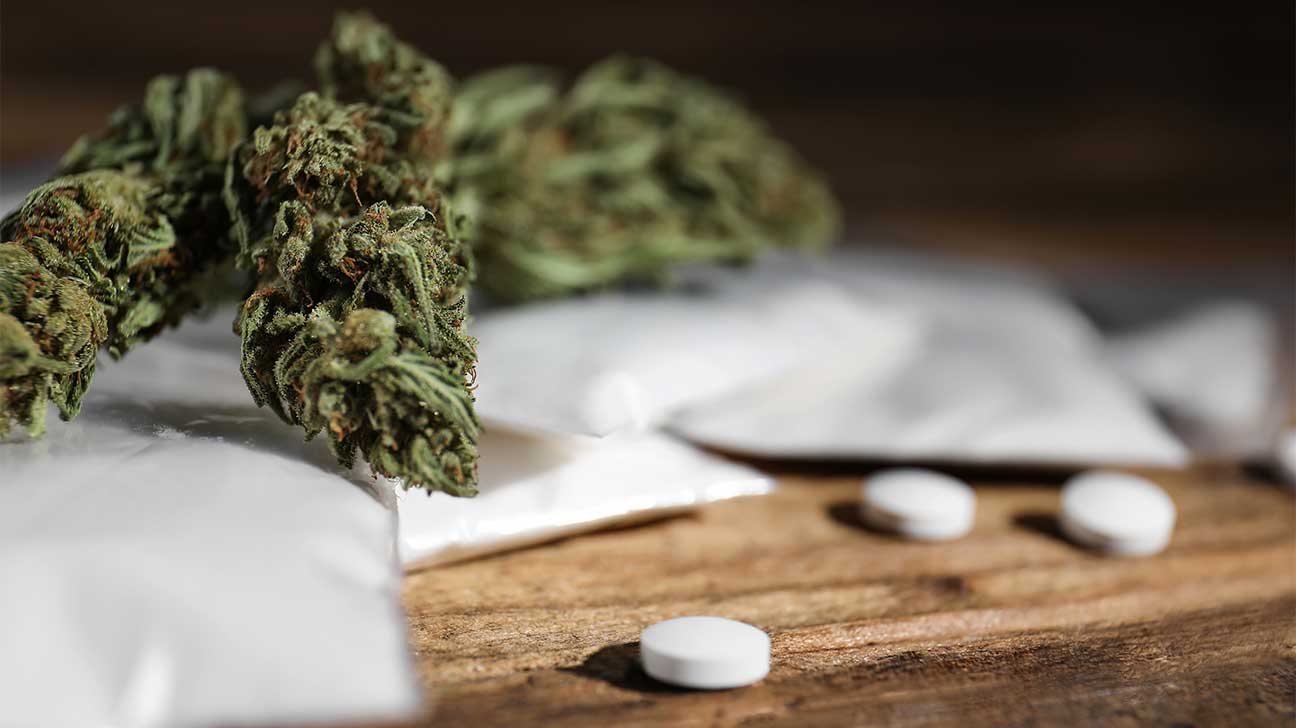 Mixing marijuana and depressants like heroin can be dangerous because the combination can greatly inhibit the function of the central nervous system (CNS).

Heroin is a depressant, slowing down the brain and nervous system. Marijuana, or “weed,” acts as both a depressant and a stimulant.

When the two are mixed, the body’s blood pressure lowers significantly and breathing can be labored or come to a complete stop.

Marijuana cigarettes, or joints, are often laced with heroin. A person may either be unaware that there is heroin in the joint, or choose to smoke heroin in a joint.

Lacing joints with heroin alters the psychoactive effects of the drug.

The combination can lead to a range of side effects, including:

Life-threatening effects of using heroin with marijuana include:

Risks Of Mixing Heroin And Marijuana

There are multiple important risk factors to consider when heroin and marijuana are combined. Many of these may produce long-term psychological and physical effects.

Addiction To One Or Both Drugs

One of the primary concerns with mixing heroin and marijuana is that both substances have a high potential for abuse.

A study published in the U.S. National Library of Medicine found that using heroin and marijuana together can lead to addiction.

Because cannabinoids (like marijuana) and opioids (like heroin) are widely abused, combining the two might lead to greater abuse and dependence liability than either drug alone.

A few of the negative respiratory effects that can occur include:

According to a 2019 study from the University of Houston, adults who use both marijuana and opioids are more likely to have increased anxiety, depression, and substance abuse issues.

The study surveyed 450 adults in the U.S. and found that there were elevated symptoms of anxiety and depression, as well as the use of tobacco, alcohol, cocaine, and sedatives.

Many of the participants used opioids in combination with marijuana in the hopes of decreasing chronic pain, but no pain reduction was found in the study.

If taken in excess, mixing heroin and marijuana can result in death. Opioids like heroin are associated with tens of thousands of overdose-related deaths across the U.S.

While there are no documented cases of fatal overdose on marijuana alone, overdose on heroin is much more likely when combined with other drugs.

A marijuana joint that’s been laced with heroin may contain much more heroin than a person is used to.

Especially if someone has never used heroin before, their body won’t have any tolerance built up to it, increasing the chance for overdose.

Additionally, a person might smoke a joint only containing weed but then snort, inject, or smoke too much heroin afterward because they’re intoxicated and judgment is impaired.

Consuming too much of these substances can result in coma, suppressed breathing, heart failure, and more. All of these factors can put anyone at risk of fatally overdosing.

Get Treatment For Heroin And Marijuana Addiction

Both marijuana and heroin have a high potential for abuse and addiction.

Because of the misconceptions behind marijuana, it can often act as a gateway drug and lead to long-term abuse.

Change starts with a phone call. Call our helpline today to learn about your options in addiction recovery.