Combining heroin and MDMA (ecstasy/molly) can be extremely dangerous and in some cases fatal. The drugs both provide very different responses in the body, which can lead to intense bodily function failures. 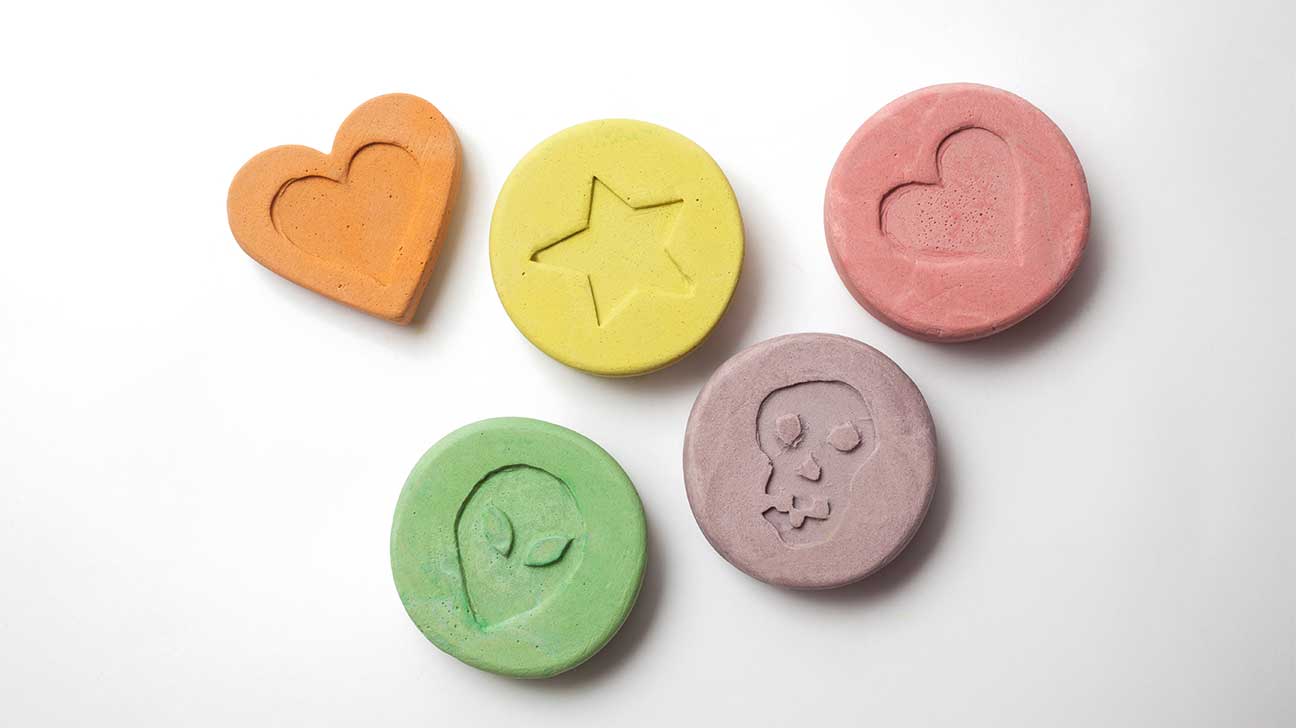 Mixing heroin and MDMA can be extremely dangerous, and in some cases fatal.

Heroin is a highly addictive depressant drug in the opioid family. It creates an immediate feeling of a “rush,” as the drug enters the brain and binds to opioid receptors.

Ecstasy is known by its scientific name as 3,4-methylenedioxymethamphetamine (MDMA). This is a stimulant drug that causes hallucinations, distortion of time and reality, and more.

When stimulants and depressants are combined, there can be a range of unpredictable effects that can quickly lead to overdose and serious side effects.

Learn more about the dangers of mixing stimulants and depressants

Mixing Heroin And MDMA (Ecstasy/Molly) Can Be Fatal

A study from the Journal of Clinical Psychopharmacology found that harmful effects can occur when MDMA is combined with other recreational or therapeutic drugs that are 2D6 inhibitors.

Cytochrome P450 2D6 (CYP2D6) is an enzyme in charge of the metabolism of multiple drugs, including MDMA.

Heroin is a CYP2D6 inhibitor, so when heroin and MDMA are present in a person’s system, the drugs cannot be properly metabolized.

This means that the MDMA concentration may increase to cause toxicity, raising the chance for overdose and harmful side effects of the drug.

It’s a common misconception that MDMA is a safe drug with little toxicity. The reality is that MDMA has unpredictable toxicity, especially if combined with drugs like heroin.

This increase in toxicity can lead to a number of central nervous system concerns, such as:

Other serious side effects of increased MDMA toxicity include:

Why People Mix Heroin With MDMA

Someone may intentionally use heroin with MDMA to enhance the effects of both drugs. Or, they might use the depressant effects of heroin to help with the comedown effects of MDMA.

The use of either of these mind-altering drugs may also cause someone to use other substances because their judgment is impaired.

A person may not have the ability to think through the consequences of polydrug use (mixing drugs) when they’re already intoxicated, leading to dangerous combinations.

But MDMA is often laced with other illicit drugs, such as cocaine or heroin.

This is a major factor in the unpredictability of MDMA. When a person takes this drug, they may not always be aware of what it’s been combined or cut with.

Using heroin and MDMA, either separately or together, can have major effects on short- and long-term health.

Have you or a loved one experienced the harmful effects of combining heroin and MDMA, or another illicit substance? You don’t have to go through this alone, treatment is available.

Reach out to one of our trained specialists to learn about the options in addiction treatment. You might benefit from inpatient rehab, outpatient rehab, medical detox, or another treatment plan.

Call us today to find the best fit for yourself or your loved one.