People use meth and heroin to get enhanced effects of one or both substances. Combining these illicit drugs can lead to organ damage, brain damage, or death. Individuals who suffer from polydrug abuse should seek treatment immediately. 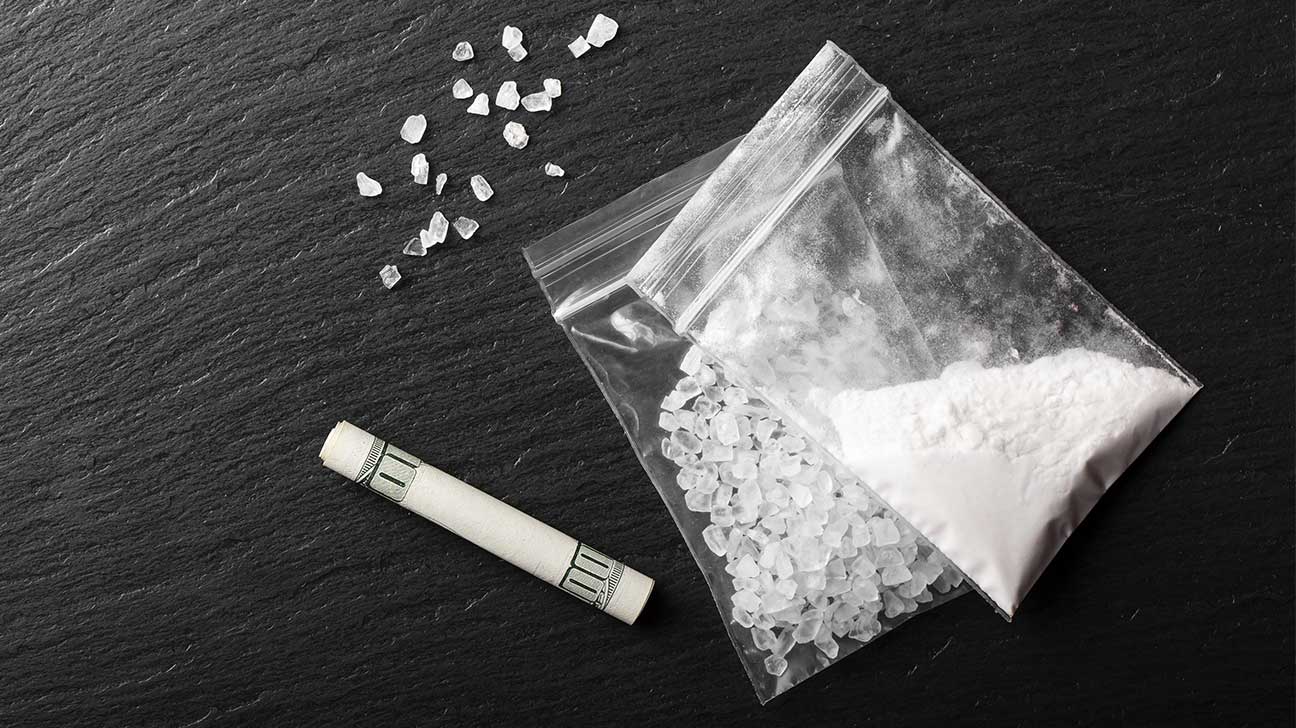 Combining sedatives and stimulants has been a popular method of drug use for a long time. This method of drug abuse is referred to as “speedball” and is known for creating a dangerous and intense high.

People who struggle with polydrug abuse combine different drugs to enhance the effects of one or both substances. Drugs with different actions, such as stimulants and sedatives, may be combined to create different effects and increase the side effects of both drugs.

While combining crystal meth and heroin may lead to more potent effects than abusing either drug alone, this method of drug abuse poses a great danger to those who attempt it. The combination of meth and heroin can lead to fatal consequences.

Abuse of stimulants and sedatives together can lead to dangerous side effects, drug addiction, and long-term damage to an individual’s health.

Side Effects Of Mixing Heroin With Meth

People who mix heroin with meth do so to increase the effects of both drugs, or to counteract the negative effects of one substance. The interactions of these drugs often lead to dangerous side effects when mixing them.

When a stimulant is mixed with a sedative, such as meth with heroin, the depressant effects on the central nervous system may be masked. This means that the person will not feel as much relaxation as would occur with heroin alone.

Side effects of combined meth and heroin abuse include:

Side Effects Of Meth Abuse

Meth is a highly addictive drug that can lead to permanent damage to the body, heart, lungs, and other organs.

When meth is abused alone, it is known for producing the following side effects, including, but not limited to:

Side Effects Of Heroin

Heroin is a highly addictive opioid drug made from morphine. People who abuse the illegal substance will experience euphoria followed by heavy drowsiness, due to heroin’s effect on slowing down the central nervous system.

Heroin can slow both the heart and breathing rate to dangerous levels. In many ways, heroin has the opposite effects when compared to meth.

Some side effects of heroin abuse include:

One of the many dangers of taking a stimulant like meth with an opiate is the potential it will mask the depressant effects of heroin. This can make it hard for an individual to tell when they’re experiencing symptoms of overdose.

While heroin use slows the heart and breathing rate, meth accelerates it. Methamphetamine side effects last longer than heroin, which may lead to an individual feeling heightened awareness and energy after the effects of heroin subside.

An individual may increase their dose of heroin, due to meth’s stimulating effects.

While under the influence of both drugs, high doses of heroin can quickly lead to serious damage to the body, brain, or other organs, without the individual feeling major discomfort.

Methamphetamine use alone may cause an individual’s heart and respiration rate to dramatically increase.

When used together, heroin and meth use substantially increases an individual’s risk of overdose, respiratory failure, and death.

When an individual becomes addicted to multiple drugs, substance abuse treatment must address the highly addictive effects of both drugs.

Treating substance use disorders involving meth and heroin must support detox and management of withdrawal symptoms of each drug to prevent relapse.

Without treatment, people who suffer from polydrug abuse rarely achieve recovery, as both meth and heroin often lead to chronic addiction. Meth and heroin abuse can lead to addiction even with just one or a few uses.

Effective drug treatment programs for meth and heroin abuse are designed to medically support an individual safely towards rehabilitation.

When treating the combined effects of meth and heroin abuse, it is important that the addicted individual has access to a network of support services. Just some of these may include mental and medical health services, medications, and group therapy support.

Due to the severe characteristics of heroin addiction, medications, such as methadone or other prescription drugs, may be required to treat withdrawal symptoms associated with opioid use.

If you or someone you know has a meth or heroin addiction, or if you have questions about the rehab programs available for this substance use disorder, please connect with a specialist today.

Medically Reviewed by
Johnelle Smith, M.D on February 12, 2021
Questions About Treatment?
Get confidential help 24/7. Fill out the form below for:
People also read
Polysubstance Abuse And Addiction Dangers of Mixing Heroin And Cocaine Mixing Xanax And Heroin Mixing Adderall And Heroin Dangers Of Mixing Xanax And Meth Dangers Of Mixing Alcohol And Meth