Dangers Of Mixing Xanax And Alcohol

Mixing Xanax and alcohol can cause a number of dangerous side effects from drug interactions, including increased risk of addiction, dependence, and overdose. 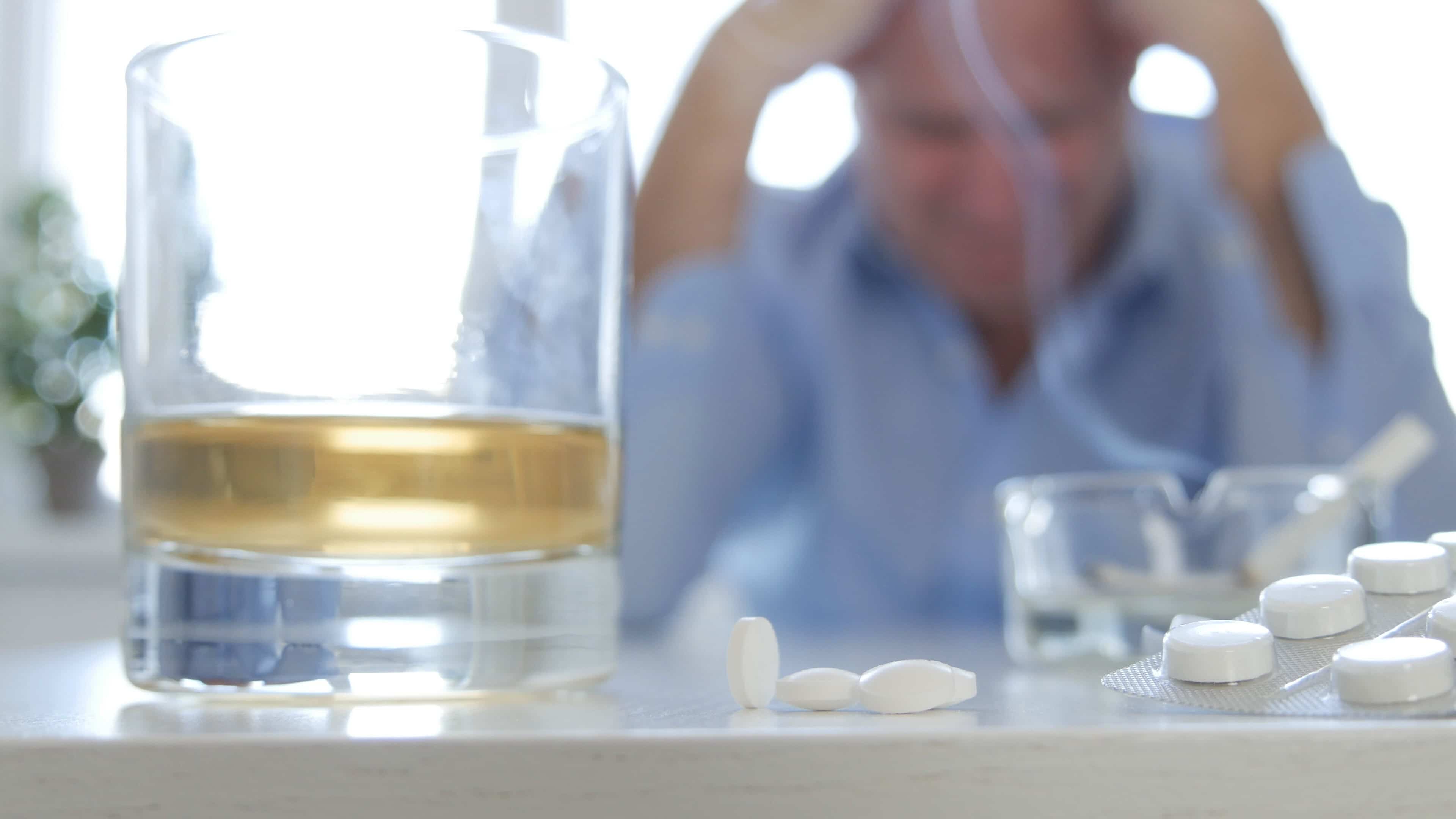 They are also helpful in treating seizure disorders and nausea and vomiting in cancer patients. Unfortunately, while benzodiazepines like Xanax are very effective for these medical purposes, they are also highly addictive.

Xanax works by causing the chloride channels on the gamma-Aminobutyric acid receptors of the body to open up more frequently and for longer periods of time. In turn, this leads the neurons in the brain to fire less often.

But it triggers 5-HT3 at the same time. This leads to an increase in dopamine as well. Since dopamine boosts mood levels and acts as a reward chemical, the effects of alcohol and Xanax combined can quickly lead to addiction in a person.

Side Effects Of Xanax

In addition to increased risk of addiction, combining Xanax and alcohol can lead to intensified effects of each drug.

The most common side effects of Xanax include:

Side Effects Of Alcohol

As a depressant, alcohol causes many of the same side effects as Xanax. When abusing the drugs together, many of these effects will be amplified.

Some of the most common side effects of alcohol are:

Increased Risk For Addiction And Dependence

One of the dangers of mixing Xanax and alcohol together is that there is an increased risk of becoming addicted or physically dependent on the substances since they both affect the amount of dopamine in the brain.

When the release of dopamine is triggered, it essentially trains the brain to crave more of a substance. But this mixture also causes constant fluctuations in the response from the central nervous system.

Over time, the body will adjust to the presence of the substances. If a person attempts to stop taking either of them, they may experience dangerous withdrawal symptoms.

Dangers Of Mixing Xanax And Alcohol

The following is a list of some of the severe side effects of mixing Xanax and alcohol:

Since both of these substances suppress the central nervous system, one of the most common side effects a person can experience is extreme fatigue that makes it difficult to get out of bed or do anything at all. In fact, there have been some cases of people falling asleep while standing up when they have consumed the combination.

Blackouts, or a loss of memory for a period of time, commonly occur from combining Xanax and alcohol. While there are no known reasons for why blackouts occur with alcohol abuse, it is a common occurrence when abusing alcohol by itself. When combining alcohol with other substances, a person may be more likely to experience a blackout.

Bouts Of Aggression And Irritability

One of the ways that alcohol affects the body is by lowering the inhibitions, which means that a person may say or do things that they normally wouldn’t do. When alcohol is combined with Xanax, this effect is greatly increased.

For this reason, when mixing Xanax and alcohol, a person may act much more aggressively than they usually would. At the same time, their impulsivity and irritability will increase.

Some research shows that the irritability that a person feels is often attributed to the frustration they feel from not being able to think clearly and function properly. This is problematic because they may attempt to start fights or act in a hostile manner towards those around them.

When the central nervous system is severely depressed by this combination of substances, it becomes impossible for a person to think clearly or make good decisions. Some may argue that those who take Xanax and alcohol together are usually not planning on performing well on a test or any other mentally challenging task.

But accurate judgment is needed for actions such as driving, caring for children, or even walking down a busy street. If a person suffers cognitive impairment, they could end up injuring themselves or others.

The main long-term risk of mixing these substances together is the damage that they cause to a person’s body. When the central nervous system is continuously impaired, it can’t maintain the proper functioning of the brain and other organs. This can lead to some of the organs shutting down over time.

Two of the organs that are affected the most are the heart and lungs. It is also possible for the pancreas, kidneys, and liver to be damaged, especially if a person drinks excessively or abuses other addictive substances. This can lead to renal failure, trouble maintaining proper blood sugar levels, and cirrhosis of the liver.

Effects On The Cardiovascular System

When an alcoholic beverage is first ingested, it causes the heart rate to increase by dilating the peripheral blood vessels. As soon as a person takes this combination, they may feel like their heart is going to beat out of their chest.

After Xanax kicks in, their heart rate and blood pressure will drop significantly, though. Then, the depressant effects of alcohol will begin. This will make it even harder for their heart to work properly. If a person isn’t treated in time, their heart could become permanently damaged from the stress the substances put on it.

Effects On The Respiratory System

One of the most dangerous Xanax and alcohol interactions is the way that the combination suppresses the respiratory system. If the lungs can’t function properly, they won’t be able to breathe in fresh oxygen and release carbon dioxide.

Blood won’t become oxygenated, which leads to hypoxia. Carbon dioxide will also build up in the body. If a person takes too much of these substances at once, there is a chance that they could completely stop breathing.

Loss Of Consciousness Or Going Comatose

If a person’s heart and lungs don’t function as they are supposed to, they could easily lose consciousness or go into a coma. Most comas occur because a person has been severely injured or suffered from some kind of head trauma.

But a coma is also possible from consuming too much Xanax and alcohol at once because of the way that the substances impair the body and brain. Comas are dangerous because they can result in permanent brain damage, which can leave a person in a vegetative state for the remainder of their life.

Currently, there is no medical research that shows that Xanax has ever caused psychosis in a person. It is believed that those who get this symptom from taking Xanax and alcohol together experience it from the way that Xanax increases the effects of alcohol, since alcohol does cause psychosis in some people.

The symptom is rare, but it is dangerous because it leads to a complete detachment of reality wherein a person experiences auditory and visual hallucinations and aggression, which can lead to them acting in a violent manner towards others.

Overdose From Mixing Xanax And Alcohol

Xanax and alcohol interactions can lead to an overdose because of the way that each of the substances intensifies the effects of the other. An overdose is more likely to occur if a person has had several drinks before they took Xanax or if they already have Xanax in their system when they begin drinking.

If emergency treatment is received in time, it is sometimes possible to save the life of someone who has an overdose on these substances. Unfortunately, death often occurs from the ensuing respiratory and heart failure that happens when combining too much alcohol and Xanax.

Treatment For Polysubstance Use Disorders

Getting treatment for the polysubstance use disorder of Xanax and alcohol abuse is critical. Mixing alcohol and Xanax poses a high risk of overdosing, going into a coma, or even death. It is also possible for a person to become addicted or physically dependent on the substances.

This can lead to a whole host of other mental and physical ailments. Not all drug and alcohol rehabilitation centers are able to handle patients who struggle with more than one substance abuse issue. Anyone who needs help finding the best rehab facility to fit their individual needs should be sure to call one of our representatives for more information.

Medically Reviewed by
Johnelle Smith, M.D on May 11, 2020
Questions About Treatment?
Get confidential help 24/7. Fill out the form below for:
People also read
Mixing Adderall And Xanax Dangers Of Mixing Cocaine And Xanax Mixing Alcohol And Zoloft Mixing Vyvanse And Alcohol Mixing Alcohol And Antidepressants