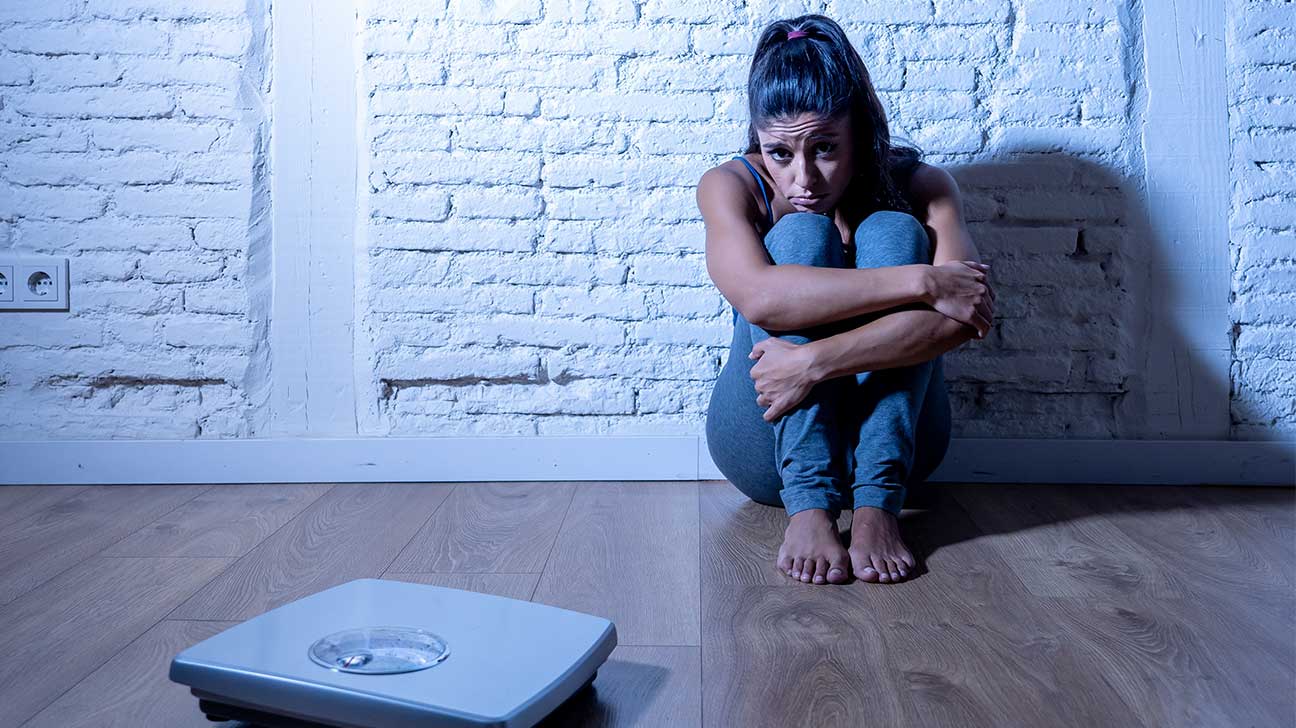 Eating disorders and substance use disorders (SUDs) affect millions of people in the United States each year, and both can be life-threatening without treatment.

According to the National Eating Disorders Association (NEDA), an estimated 50 percent of people with eating disorders develop substance abuse issues at some point in their lives.

Understanding the overlap between mental health disorders and substance abuse can help you identify these issues and find a treatment program that meets your or a loved one’s needs.

What Eating Disorders Co-Occur With Addiction?

Eating disorders are a type of mental health disorder that can affect a person’s physical health, mental health, and behavior. Without early treatment, they can become chronic illnesses.

Anorexia is an eating disorder characterized by the restriction of food, the avoidance of certain types of food, or the purging of foods without bingeing.

People with anorexia may misuse substances to influence their eating habits, or to self-medicate symptoms of their eating disorder, such as fatigue, insomnia, and anxiety.

Atypical anorexia is a subtype of anorexia used to describe people who show signs of anorexia but don’t have a body mass index (BMI) of 17.5 or less—a diagnostic requirement for anorexia.

This does not constitute its own diagnosis and is typically diagnosed as an other specified feeding and eating disorder (OSFED).

Drunkorexia is a term used to describe people with anorexia who abuse or have become addicted to alcohol. This is not an official diagnosis but is commonly used among college-aged students.

People who show signs of drunkorexia may replace food calories with those from alcohol, and can be at higher risk for dehydration, alcohol poisoning, and other serious health risks.

Bulimia nervosa is characterized by a pattern of bingeing on food and purging that food through self-induced vomiting, excessive exercise, or the use of laxatives or diuretics.

Bulimia nervosa commonly co-occurs with substance abuse. People with bulimia have higher levels of impulsivity, which can make them more likely to abuse drugs or alcohol.

Binge eating disorder is diagnosed in people who demonstrate patterns of eating excessive amounts of food within a short window, without purging afterward—as seen with bulimia.

People with binge-eating disorder are more prone to impulsivity, a known risk factor for substance abuse. They may also use substance misuse as a coping mechanism.

Addiction And Other Specified Feeding And Eating Disorders (OSFED)

People who have symptoms of an eating disorder but do not meet the criteria of anorexia, bulimia, or binge eating disorder may be diagnosed with OSFED, formerly known as EDNOS.

Like with other eating disorders, people with OSFED may abuse drugs or alcohol for a multitude of reasons, including to influence body shape, weight, or eating habits.

Read more about co-occurring addiction and other specified eating disorders

Avoidant restrictive food intake disorder (ARFID) is characterized as a pattern of avoidant eating behaviors. Before 2013, this was previously diagnosed as a selective eating disorder.

People with ARFID may use alcohol or drugs to cope with the stress of their eating disorder or to manage the anxiety of eating certain foods.

Orthorexia refers to the aversion to certain types of foods or a hyperfocus on eating “healthy” or “clean”. This is not an official diagnosis but can be diagnosed as ARFID.

Orthorexia does not commonly co-occur with drug or alcohol abuse. Addiction is more likely to be experienced by people with anorexia, bulimia, or BED.

Pica refers to a pattern of eating objects or substances with no nutritional value, such as dirt, hair, paper, or string. The prevalence of this type of eating disorder is unknown.

Although there’s little evidence that shows a direct link between pica and addiction, people with this disorder may misuse substances to cope with stigma or to self-medicate symptoms.

Common Substances Of Abuse Among People With Eating Disorders

Common substances of abuse include:

Can Drug Abuse Cause An Eating Disorder?

The short answer is: No. Several common drugs of abuse can have effects on appetite, eating habits, and weight. However, these effects do not cause an eating disorder.

Substance abuse treatment can help normalize a person’s weight and appetite. But for people with eating disorders, this isn’t so simple. This can cause significant distress.

This will require treatment that can address the disordered thoughts and behaviors that accompany the eating disorder, as well as physical and medical concerns.

Who Is Affected By Eating Disorders And Addiction?

High-risk populations for eating disorders include:

Many of the risk factors of eating disorders overlap with those of substance abuse, including a history of trauma, depression, low self-esteem, and genetic factors.

Symptoms Of Eating Disorders And Addiction

Eating disorders are generally characterized by food and weight issues, although this can vary depending on the type of eating disorder. Symptoms can be physical, emotional, and behavioral.

Behavioral Signs Of An Eating Disorder

The following are behavioral signs of eating disorders:

The following are some mental and emotional signs of an eating disorder:

Physical Signs Of An Eating Disorder

Physical signs and symptoms of eating disorders include:

If someone with an eating disorder is actively abusing drugs or alcohol, looking for a dual diagnosis treatment program that treats eating disorders may be recommended.

Dual diagnosis is a type of treatment that integrates mental health and substance abuse treatment in order to treat all co-occurring disorders at once. This is the most effective treatment approach.

If you or a loved one is struggling with an eating disorder and substance abuse, we may be able to help.

By calling us today, we can:

Recovering from substance abuse and an eating disorder is possible. Call our helpline today to find a dual diagnosis treatment program that’s right for you.