Any substance that affects the brain has the ability to become a substance of abuse. There are many types of drug addictions, including addiction to depressants, stimulants, and prescription drugs. 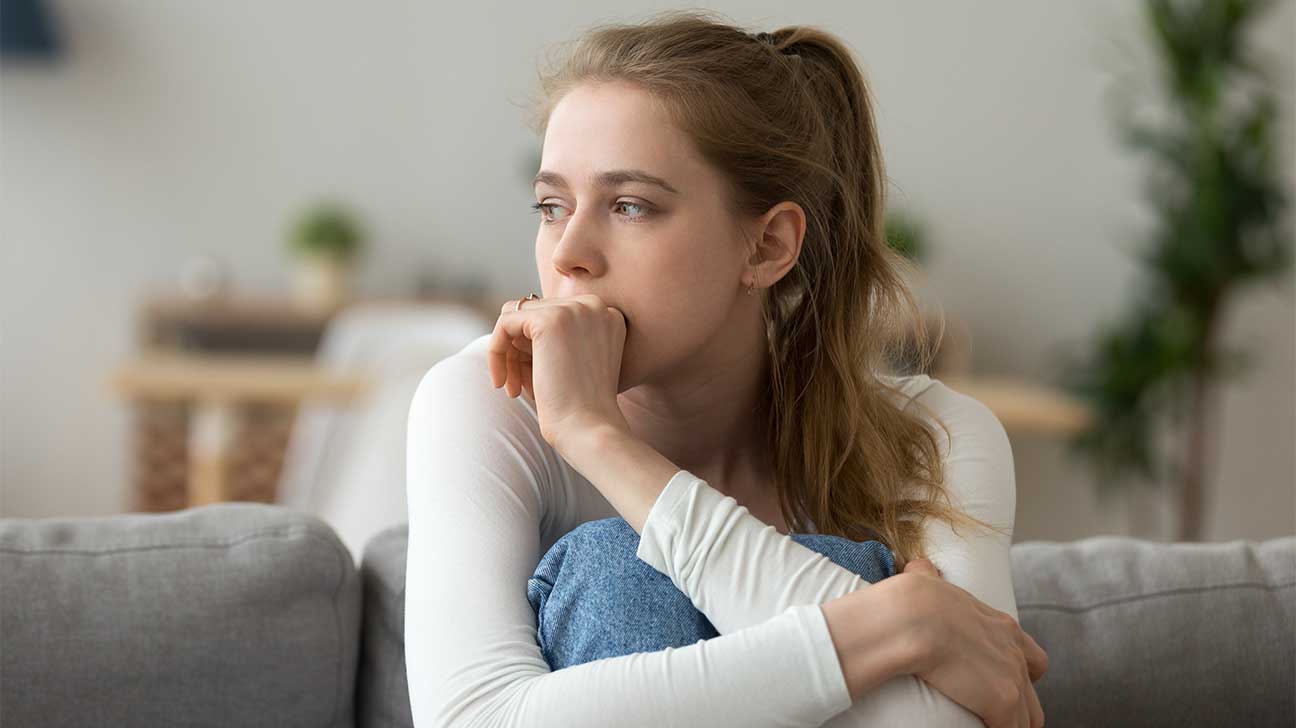 Drug and alcohol addiction affects millions of individuals and families in the United States, and is defined by the National Institute on Drug Abuse as a chronic, relapsing condition.

Drug addiction can affect all areas of a person’s life, and no one is immune. Drug and alcohol addictions are seen in people of all ages, races, ethnicities, genders, and socioeconomic backgrounds.

One of the key facts to understand about drug addiction is that it can look and affect people differently depending on the drug of abuse.

There are many different types of substances that can be abused and become addictive over time. Here, you’ll find a list of some of the most commonly abused substances.

Depressants are substances that slow central nervous system (CNS) activity. This can have physical effects, such as reduced heart rate, as well as effects on the brain.

Depressants are known for their ability to produce a sense of calmness, relaxation, and sometimes euphoria with misuse or high doses.

Alcohol is the most commonly abused substance in the United States. An estimated two-thirds of U.S. adults drink alcohol. About 14.5 million people are estimated to have an alcohol use disorder.

Opioid drugs, also known as opiates, are a class of analgesic drugs used to treat moderate pain, severe pain, and chronic pain. These drugs are habit-forming and can be highly addictive.

Taking high doses of opioids or mixing opioids with other drugs can lead to life-threatening overdose. Overdosing on opioids can lead to respiratory depression, loss of consciousness, brain damage, and death.

Not all opioid drugs are legal in the United States. There are several illicit, or illegal, opioid drugs commonly bought on the street.

According to the National Institute on Drug Abuse, 80 percent of people who use heroin say they took prescription opioids prior to their heroin use.

Illicitly manufactured fentanyl is a highly potent opioid that can be deadly even in small doses. It is often cut with heroin, unbeknownst to those who buy it.

Marijuana, also known as weed, cannabis, or pot—is a depressant that can cause relaxation, hunger, and euphoria. It is fully legalized in multiple states nationwide. It remains illegal on a federal level.

Cannabis is a natural drug that can be smoked, vaped, or swallowed. Medical marijuana is currently legal in most states and is used for the treatment of certain medical conditions.

Stimulants are a class of drugs that stimulate the central nervous system, which can cause increased energy, focus, heart rate, breathing, and body temperature.

The misuse of stimulants has been associated with serious health risks, including heart attack, seizures, convulsions, and violent or bizarre behavior.

Stimulant drugs can become addictive, and may also be life-threatening if taken in excessive amounts or when mixed with other drugs, including depressants like opioids.

Hallucinogens, commonly referred to as ‘party drugs’ or ‘club drugs,’ are substances that can distort someone’s sense of reality.

Hallucinogens can alter a person’s feelings, thoughts, and awareness of their surroundings. Some hallucinogenic drugs, such as ecstasy, also have stimulant effects.

Hallucinogens can be addictive in some people. These drugs are most often used recreationally, but can lead to physical dependence, withdrawal, and cravings in people who use them regularly.

Prescription drugs, like any illicit drug, can become drugs of abuse. An estimated 18 million people aged 12 and older in the United States reported misusing a prescription drug in 2017.

Examples of prescription drug misuse include:

Taking prescription drugs in any way other than prescribed can be a sign of drug abuse. This can lead to physical dependence, addiction, and other negative effects on health over time.

Amphetamine abuse is common among teens, college students, and young adults who may take the drugs for their ability to boost energy, focus, suppress appetite, and produce euphoria.

Prescription amphetamines can become addictive. They can also cause physical dependence and withdrawal symptoms.

Antidepressants are a class of medications prescribed to alleviate symptoms of depression, anxiety disorders, and other mood disorders.

Antidepressants are not common drugs of abuse. While chronic use can lead to antidepressant tolerance and physical dependence, most are not known to be addictive.

Benzodiazepines, also known as “benzos,” are prescription sedatives, or hypnotics. They work in the body by depressing CNS activity and can alter the balance of certain brain chemicals.

Benzodiazepines are most commonly used to treat anxiety disorders, panic disorders, and sometimes insomnia due to their ability to slow down activity in the brain.

Benzodiazepines are generally prescribed as a short-term treatment. Long-term use can lead to severe dependence and withdrawal. When misused, benzodiazepines can be addictive.

Barbiturates are a class of powerful sedatives. Historically, they have been prescribed for seizures, convulsions, anxiety, and insomnia.

Due to their high risk of overdose and other harmful side effects, barbiturates are less commonly prescribed than they used to be with the development of newer, safer drugs.

Prescription sleep aids are strong sedative-hypnotics that can cause sleepiness, as well as dizziness, disorientation, sleep-walking, and changes in appetite.

Anabolic steroids are synthetic drugs that can boost hormones in the body. They are commonly misused as performance-enhancing drugs, to increase muscle mass and decrease body fat.

Anabolic steroids can have harmful side effects when misused. Chronic abuse can cause liver and kidney damage, enlarged heart, extreme anger, and stunted growth in adolescents.

Other prescription drugs can lead to drug tolerance, dependence, and psychological addiction in some people. The addictive potential of these drugs can vary.

Other prescription drugs of abuse include:

Inhalants are substances that can be inhaled, with mind-altering effects. Inhalants include aerosols, gases, and solvents commonly found in household products.

Inhalant abuse can affect mood, behavior, and may lead to addiction. Inhalants can also cause delusions and hallucinations.

Over The Counter Drugs

Over-the-counter (OTC) drugs are substances that can be bought over the counter at a store or pharmacy. These drugs do not require a prescription.

Although unlikely to be addictive, some OTC drugs are misused. This is more likely in people with a history of abusing other drugs or alcohol.

Over-the-counter (OTC) drugs of abuse include:

Some OTC drugs, such as Tylenol PM, are crushed and mixed with other drugs such as heroin. Over-the-counter drug misuse can have negative side effects, including tolerance and dependence.

Other Substances Of Abuse

Not all drugs require a prescription or are necessarily bought at a pharmacy. There are a number of substances that can be acquired most anywhere.

Other substances of abuse include:

Caffeine is a stimulant found in a wide variety of products, including coffee, tea, and energy drinks. Diet pills, stimulants, and laxatives are sometimes misused for weight loss or appetite suppression.

Diet pill abuse and laxative abuse is a common behavior seen in people with eating disorders such as anorexia and bulimia—both of which commonly co-occur with substance use disorders.

What Is Drug Abuse?

Drug abuse refers to the excessive use or nonmedical use of addictive or illegal drugs.

What Is Drug Addiction?

Drug addiction can refer to physical dependence, which can cause cravings and withdrawal, or psychological addiction. Drug addiction is diagnosed as a substance use disorder.

Addiction is clinically defined as a chronic, relapsing condition characterized by uncontrollable drug cravings, substance use, and compulsive drug-seeking.

What Defines A Hard Drug?

A ‘hard drug’ is a drug that has a high potential for abuse and addiction. This term is commonly used to refer to illicit drugs such as cocaine, heroin, and methamphetamine.

Are Some Drugs Worse Than Others?

All forms of drug misuse can be dangerous and may have negative consequences to health, happiness, and general way of life.

The dangers, effects, and addictive potential of drugs can vary depending on the type of drug, how it’s used, and other personal factors related to one’s substance use.

Read about the worst drugs of abuse in 2021

Drug abuse and addiction can be life-threatening. For instance, taking too much of one or more drugs at once can lead to fatal or nonfatal overdose.

People who are addicted to drugs, and those who have recently detoxed, are at a higher risk for fatal drug overdose compared to the general population.

Severe drug addiction can also cause serious health consequences that can lead to fatal outcomes, including heart failure, cancer, and liver failure.

How Do I Know If Someone Is Addicted To Drugs?

Drug addiction doesn’t look the same in everyone, but there are common signs you can look for if you suspect someone you know is addicted to drugs.

Common signs and symptoms of drug addiction include:

How Long Do Drugs Last?

Drug highs, effects, and withdrawals can all vary depending on the type of drug used and how much was taken.

Find Treatment For A Drug Or Alcohol Addiction Today

Recovering from an alcohol or drug addiction is possible. For most, it requires receiving some form of substance abuse treatment.

If you or a loved one is struggling with a substance use disorder, we may be able to help. Call us today to learn more about drug addiction and your addiction treatment options.

Medically Reviewed by
Johnelle Smith, M.D on June 2, 2021
Questions About Treatment?
Get confidential help 24/7. Fill out the form below for:
People also read
Phenibut Abuse Lethal Doses Of Commonly Abused Drugs Cost Of Illicit And Legal Drugs Sold On The Street How Long Do Drugs Stay In Your System? Slang For Commonly Abused Drugs